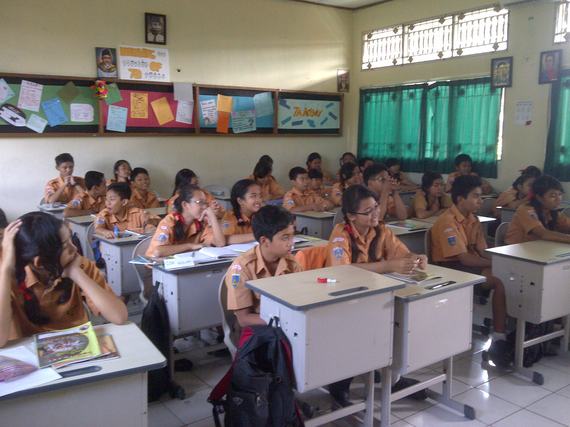 It took some time for the movement to save endangered species to catch on. It has taken the endangered language movement even longer due to layers of politics, globalization, modernization, assimilation and the dominance of English. This is the start of a series of postings that will look at efforts to save languages that are threatened or already endangered.

What are the keys to preventing minority languages from disappearing? UNESCO recommends creating "favorable conditions for its speakers to speak the language and to teach it to their children". UNESCO goes on to say that national policies that "recognize and protect minority languages" and "education systems that promote mother-tongue instruction" are two of several factors that can help keep a language strong.

In almost all countries with multiple languages, the opposite has been the norm: national governments have purposefully suppressed the use and teaching of minority languages in schools in their drive toward political unity. Policies on language education are often "used by those in authority to turn ideology into practice through formal education."1 This is understandable from a nationalistic and perhaps economic standpoint, but not so much from a cultural one.2

In 1896, in an effort to bring Hawaiians into the fold, the United States mandated English as the language of instruction for all private and public schools in Hawaii. Enforced by zealous administrators, this law effectively, though not officially, removed Hawaiian from the schools, sending all sorts of pro-English and anti-Hawaiian messages to school children. It wasn't until 1978 that activists gained enough momentum to convince legislators to grant Hawaiian official status, which paved the way for the first private Hawaiian language immersion preschool to open in 1984. In 1986, only 28 years ago, public schools were finally permitted to teach in Hawaiian alongside English, the result of a small, but powerful political movement to change Hawaiian language policy.

In linguistically proud France, regional languages were considered a significant internal threat. In 1925, after years of skirmishes, the Minister of Education finally laid down the monolinguist gauntlet: only French was to be used in all schools. It took eighty years for the government to budge, cracking the door open wide enough to permit France's minority tongues of Occitan, Breton, Catalan and Basque to be taught, but only as extra-curricular activities. Now, regional languages are permitted in schools and are recognized by the French Constitution, but for many of those languages, it is too late (26 French minority languages are already endangered).

Indonesian is a success story of how an indigenous language can be promoted to a national language in the face of over 700 local languages and the allure of English, but the success of Indonesian was at the cost of many of the country's minority languages: a whopping 146 languages in Indonesia are already endangered. Indonesia requires all schools in the 17,000 island archipelago to be taught in Indonesian, but nodding to the national slogan of "Unity in Diversity" had loosened up in some regions to permit schools to teach minority languages for all of one hour a week (often more for Javanese), hardly enough to teach anything substantial, but symbolically important. In 2013, in a pro-nationalism move, the Indonesian government decided to get rid of even that much. Schools were free to teach regional languages, but regional language instruction had to be part of cultural studies, meaning that the teaching of a region's history, dance, art, and now language all had to take place in a single hour per week. Mass protests by students and teachers in Bali led to Balinese being exempted from this new regulation along with politically powerful Javanese. Schools in Bali are permitted to keep the one hour per week instruction designated solely to the teaching of Balinese, but without strong advocates, other languages in the archipelago are not given the same protection.

What has been your experience with educational policies that have helped promote minority languages?

____________
Download
Calling all HuffPost superfans!
Sign up for membership to become a founding member and help shape HuffPost's next chapter
Join HuffPost