What was first thought to be a tender kiss between a rioter and police officer is now being called sexual assault.

Last month, Nina De Chiffre was participating in a demonstration against a high-speed train line in Turin when the Italian protester decided to kiss a police officer's helmet. Though the kiss was initially interpreted as a gesture of peace by some, the Local reports, neither the protester or the police saw it that way. 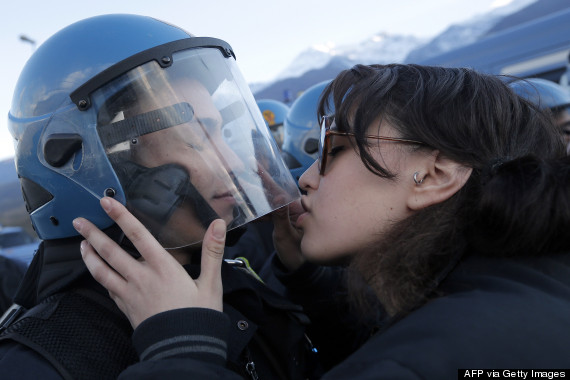 A demonstrator kisses a riot police officer on Nov. 16 during a protest in Susa against the high-speed train (TAV in Italian) line between Lyon and Turin. (MARCO BERTORELLO/AFP/Getty Images)

De Chiffre later explained the kiss was an act of defiance meant to show her contempt for the police presence at the protest, La Repubblica reports. And although the photo doesn't show it, De Chiffre also licked her fingers and tried to press them to the officer's mouth before she was pushed away, the outlet notes.

It seems the police got the message.

During an interview with Italy's Radio24 Thursday, the secretary general of the Italian police officers' union revealed he filed charges against the demonstrator for her display of affection.

“If I kissed her on the mouth, wouldn’t it be a violation?" union head Franco Maccari questioned, according to L'Huffington Post. "If a police officer had kissed a random protester, the third world war would have burst."

De Chiffre faces charges of sexual assault and an offense against a public official. And in keeping with the spirit of her protest, De Chiffre said she would rather be prosecuted for the kiss than have it misinterpreted as gesture of peace, according to La Repubblica. 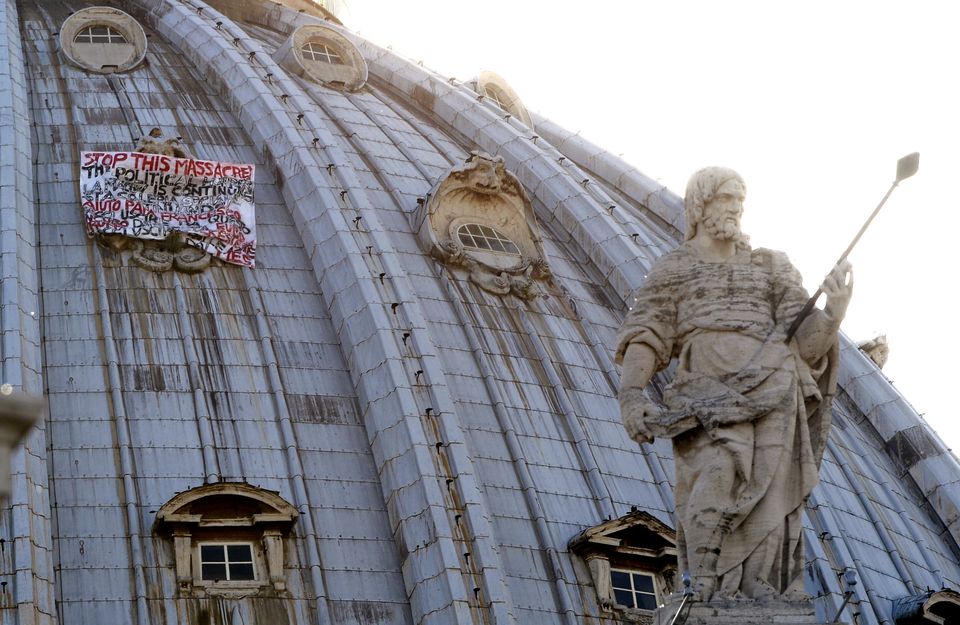 1 / 7
Italian businessman Marcello De Finizio stands on the dome of St Peter's basilica to protest against austerity measures on May 20, 2013 at the Vatican. The businessman hung a banner saying: ' Stop this massacre, the political horror show is continue....help us Pope Francis... '. (FILIPPO MONTEFORTE/AFP/Getty Images)
Getty Images