Lebanon and Iraq have spent the past two decades mired in sectarian conflicts. These conflicts have resulted in much strife for both of these countries; yet, these differences no longer need be divisive. The current protests in both Lebanon and Iraq indicate that the era of sectarian conflict is potentially taking a backseat for more unified nationalistic demonstrations. 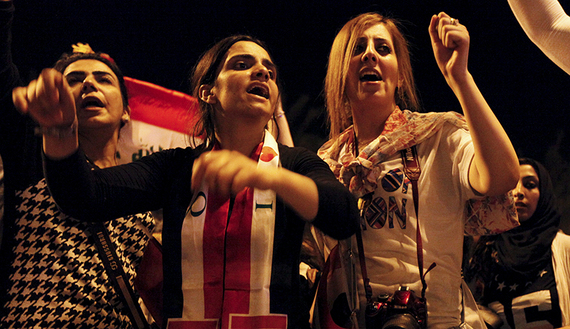 Protests in Lebanon demanding solutions to the current garbage crisis have transformed into anti-government protests. Today, protesters stormed the Ministry of Environment building and staged a sit in, calling for the resignation of Environment Minister Mohamed Machnouk. The demonstrators are additionally demanding new elections, a president, and the resignation of other key ministers. 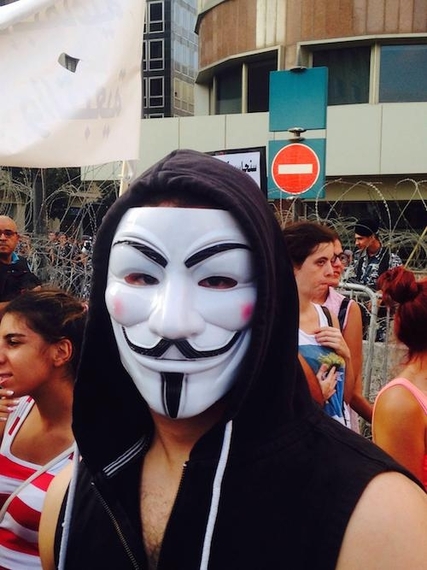 Sectarian overtones, previously omnipresent in Lebanese politics, have been noticeably absent from the protests. Other than a few scattered chants of "Ali" by supposed Hezbollah supporters, the demonstrators have remained unified in both motivations and demands. Veiled women have joined forces with young teenage girls dressed in short jean shorts and tank tops. Aged men with grey hair have joined arms with young men with scruffy beards and long hair.

Lebanese demonstrators are forgetting about their differences and demanding government accountability and higher standards of living. The protesters are united in their distaste for the current regime and demand an end to sectarian representation. For them, the sectarian system of governing is largely inorganic. It amplifies the sectarian differences and fosters an environment of survivalism based on sectarian identification. Instead, these demonstrators want a Lebanon equal for all Lebanese citizens alike. 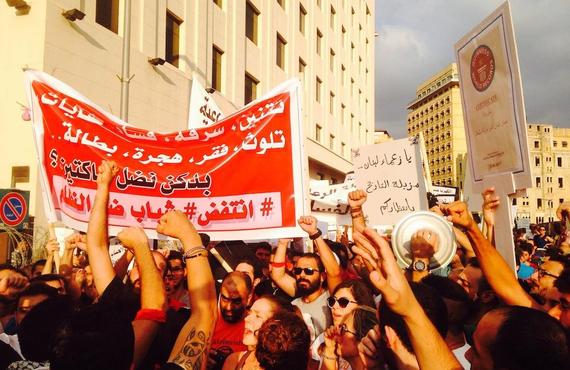 Similarly in Iraq, citizens tired of the status quo have taken to the streets. Last summer, Iraqis protested against their prime minister Nouri al-Maliki's inability to stop the ISIS offensive throughout the country. Maliki eventually resigned and Prime Minister Haider al-Abadi was appointed and is now faced with the daunting task of governing an increasingly fractured Iraqi society.

Over the past five weeks, Iraqis have organized Friday demonstrations demanding change. Similar to the protests in Lebanon, the Iraqi ones began based on simpler motivations. Iraqis took to the streets during a harsh heat wave, hoping for improved electricity, which has been a major problem ever since the US-led intervention in 2003. The protests transformed into demonstrations demanding government accountability and reforms to end widespread corruption. The protesters have also demanded action against the Maliki government for its failure to prevent the ISIS takeover of Mosul, some even chanting for him to be tried on criminal charges. Maliki himself has opposed the protests, saying he is against them "because of their use of slogans against religion and Islamic movements." 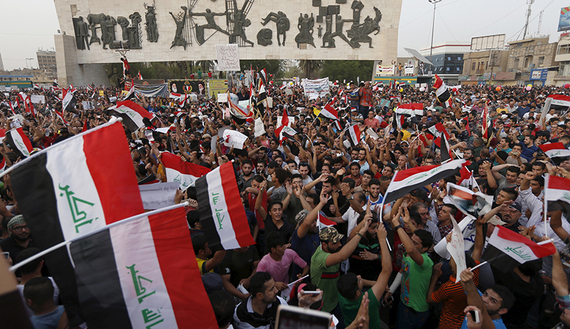 Earlier this month, protesters in other locations across Iraq, including supporters of the Asaib Ahl al-Haq militia, demanded Abadi's resignation. However, similar to protests in Beirut, the Baghdad protests themselves have been notable for their opposition to religion in politics. Baghdad protesters are demanding an end to sectarian quotas in the government. Joseph A. Kechichian, a political scientist based in the Gulf, believes "People are now becoming aware that non-sectarian rights are necessary and need to be developed."

Grand Ayatollah Ali al-Sistani, the leading religious figure in Iraq, declared his support for the protesters in Iraq, thus adding another layer to their legitimacy. Writing in Lebanese newspaper Al-Safir, Ghassan al-Ayyash believes the key difference between the protests is the fact that the Iraqi protesters are unified based on Sistani's support. In contrast, although Lebanese protesters are demanding an end to sectarian representation in government, Ayyash believes the "varied sectarian, local, and cultural base does not allow for the emergence of a coherent leadership or activity."

In regard to Iraq, the International Crisis Group expressed caution with the developments, as it believes, "If the current reforms prove little more than window-dressing, they will mean the end of the political life of the prime minister and large portions of the political class." This could spell danger for Iraq's already precarious situation, since a government collapse could foster an environment in which "militia commanders would ride popular anger and military supremacy to power." The same could be true for Lebanon, since Hezbollah is waiting in the wings for another power vacuum to gain more political power.

Although marked with a number of precarious signs, these protests have had transformative effects. Citizens of both countries truly want their governments to answer their demands. Sarah Hakim, a 23 year old woman whose father served for over 20 years in the Lebanese Army summed up the general sentiment about the current climate. "We have such a beautiful country. It's a shame we have blackouts, trash everywhere, and inept politicians. Lebanon has so much potential." The same can be said for Iraq, which once boasted one of the most learned populations in the Middle East. Hopefully, for citizens of both countries, those potentials can finally be met.