And when the Marlins' home opener came around Monday night, the 25-year-old grabbed a handful of friends, put on a t-shirt that read "Marlins baseball - helping other teams get better since 1998," drove to Miami, bought tickets from a scalper, parked in a neighbor's yard, and hit the concourse with a sign reading "Free The Marlins."

There, they ran into reporters from the Palm Beach Post and South Florida Sun Sentinel -- scalping tickets was their way of making sure Loria didn't get their money, they said -- as two police officers watched nearby.

After the interview, the group was ejected from the ballpark as they moved to watch the game.

"We didn't even make it to our seats," Barton told the Post, explaining that an officer claimed their sign was blocking the view of other fans.

"My friend offered to turn his shirt [reading "F Jeff"] inside out and they said no...We asked police what we were doing wrong. And he said, 'They want you to leave.'"

When asked to provide identification, Barton told the Sun Sentinel, the group declined.

Marlins President David Samson claimed that the group was causing a disturbance, reports the Post.

"We got information from the police that they'd run into a couple of fans who were walking around holding signs that were fine. That was not the issue. They were drawing some attention to themselves. Making some noise later in the game, which is not uncommon," Samson said.

"We go through games during the course of a season, it is not uncommon to have ejections of people who drink too much, do too much. Overall it is hard to, even for certain people, it is hard to put a negative spin on tonight's game other than the fact that we did not win and got two hits."

"This rebuttal is so absurd it's hard to know where to even begin picking it apart," wrote Miami New Times scribe Tim Elfrink. "It's like trying to make a logical term paper out of a Kafka short story."

The Marlins can't afford to lose anymore fans -- not that it's stopped them. Already down two season ticket holders the team threatened to sue, Marlins execs sold tickets on discount coupon site Groupon to fill out the home opener, and season ticket sales have plunged from 12,000 to about 5,000 in the wake of the team's latest fire sale.

Samson had promised to win them back "one fan at a time."

PHOTO GALLERY
Marlins Fans Through The Years
Download
Calling all HuffPost superfans!
Sign up for membership to become a founding member and help shape HuffPost's next chapter
Join HuffPost 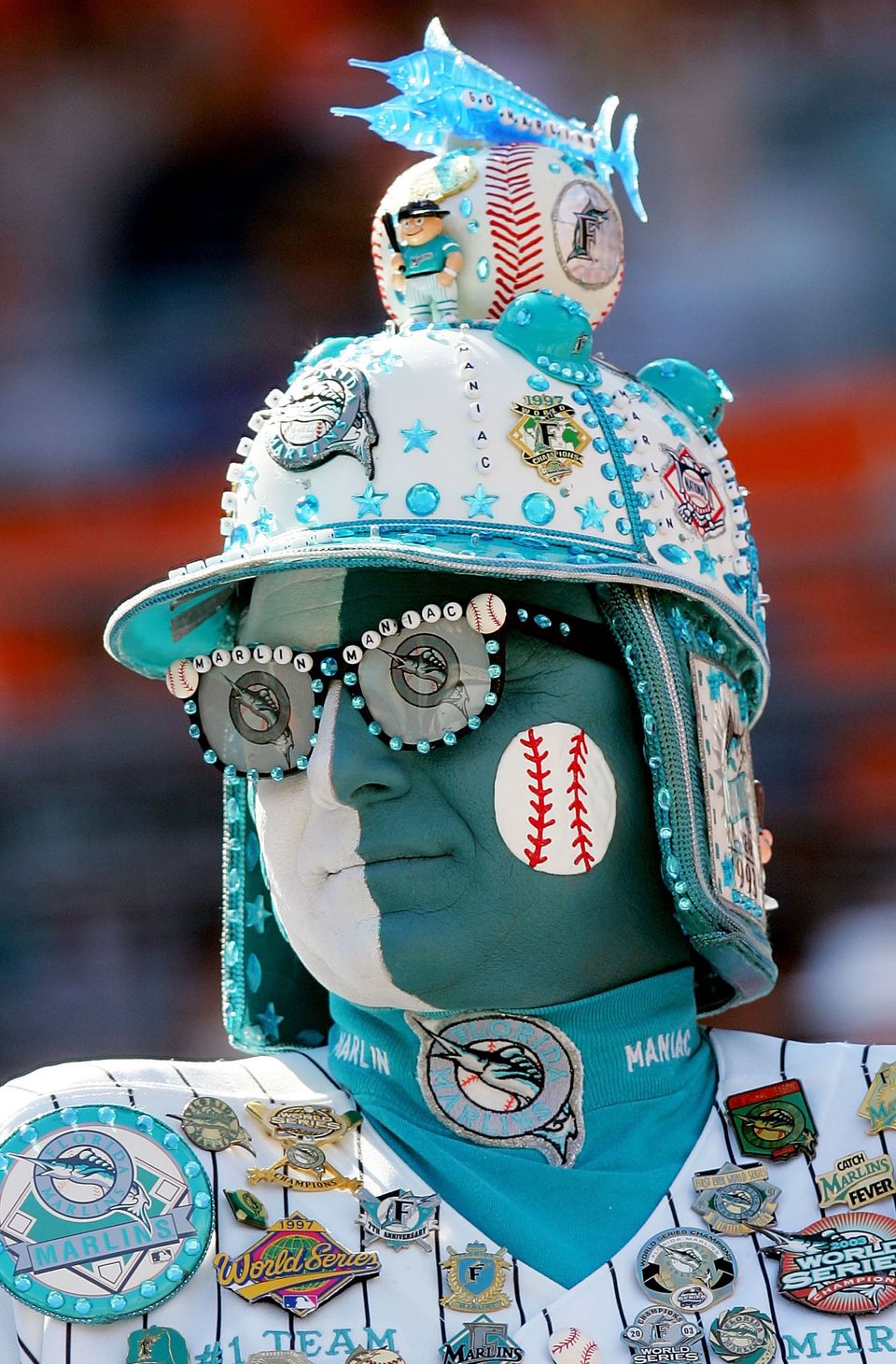