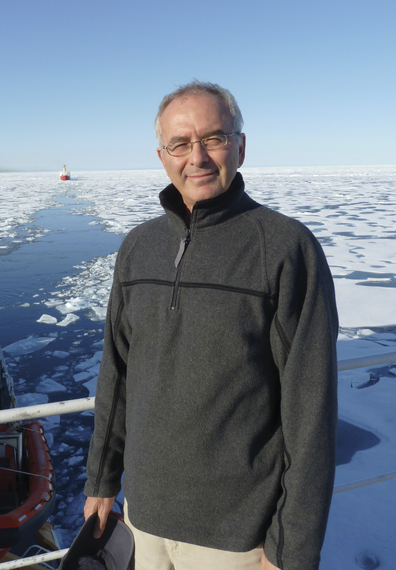 James Abel is a pseudonym for Bob Reiss, the bestselling author of more than 20 books. He is a former Chicago Tribune reporter and previously was a correspondent for Outside Magazine. His works have been published in many national publications and have been included in the collections of "the best of the Washington Post." Bob's new series of science-based thriller novels launched with the publication of White Plague, a novel about a US submarine trapped in the Arctic.

Protocol Zero, the second in this series, concerns U.S. Marine bioterror expert Col. Joe Rush. In the remote town of Barrow, Alaska, Rush is investigating the death of a researcher and his family. Rush suspects foul play, and stumbles upon a deadly virus slated for use in biological warfare. It's a race against the clock to find out who's behind this potential plague, as Rush tries to untangle the mystery behind the mounting deaths, while the army quarantines the town. Why are his superiors in Washington threatening to end the investigation; and who is behind the clandestine plans connected to the deadly virus? With his life in danger, and so much at stake, Rush presses to find answers and to stay alive.

You've published many books under your real name. What made you choose a pseudonym for this series?
I write serious non-fiction about the Arctic. Later today, I'll be interviewed on WNYC, and tomorrow by NBC, as an Arctic expert familiar with the geopolitics of the area.

I wanted to keep the speculative fiction apart from the serious non-fiction.

How did you become an expert on Arctic bioterrorist threats?
As a non-fiction writer, I became fascinated by Arctic issues. I knew nothing about the region, until a Canadian friend began talking about it--mentioning diamonds in the Arctic; Russian interest; and disputes between the U.S. and Canada. I investigated these issues and was fortunate to be sent to the Arctic by both Smithsonian Magazine and Parade Magazine. The idea was to scope out what was going on there. I learned that what's going on up there is amazing: it's exactly what the Canadian was talking about. I wrote a non-fiction book on the Arctic which involved three years of research. I went on an icebreaker; visited remote Eskimo villages; went to the State Department; talked to Arctic researchers in Norway; consulted with people at the Pentagon; and learned these will be huge issues in the 21st century.

The fiction writer within me seized upon these possibilities, which lend themselves so well to novels.

The novels in this series, including Protocol Zero, aside from being thrillers, speak powerfully to biological threats. Will you talk about that?
The technology has become so inexpensive that people can do terrible things in their basements that once required laboratories that would have cost thousands or hundreds of thousands of dollars to equip. Frighteningly, so much is readily available for experimentation. Recombinant DNA techniques are far simpler than they used to be. Anyone following the new world of biology understands the potential possibilities which range from curing diseases to creating the most hideous scenarios imaginable.

As is James Rollins, are you concerned about the possibility of species' extinction on this planet?
Yes. Species are disappearing at an accelerating rate. As a non-fiction writer, I wrote a book on global warming. I spent a year going around the world talking with scientists and politicians. I also wrote a book about the Amazon rain forest. My Arctic and Amazon books reflect my concern about climate, and the mounting evidence of species disappearing at an unprecedented rate.

When I was at remote Eskimo villages near the Bering Straits, people would come to us with something in a jar. They would ask what it was, because they had never before seen these creatures in the Arctic. Once, it was a wasp; another time, a grasshopper.

Now, in the Arctic, there's a new species of bear--a hybrid grizzly-polar has been seen. So, we have species spreading north as the planet warms; others are in danger of extinction; big oil is moving offshore and no one knows if that activity will endanger the mammals in those areas.

You're a prolific author of both fiction and non-fiction. What has surprised you most about the writing life?
What's surprised me the most is how similar is the actual writing of fiction and non-fiction. People ask how I can write both. The answer is this: the principles of storytelling apply themselves equally. In non-fiction, I wait for the facts to line up in a way that has a beginning, middle, and an end. And I want to convey the information by injecting drama into these stories. Those stories involve facts.

In fiction, I'm making up the alleged facts, but the principle of creating tension, or of understanding character, or of driving toward a central point, is identical to that of non-fiction.

Another great surprise to me--and it's one of the reasons I write non-fiction--is I've been lucky enough to travel all over the world and meet people whom I'd never have met otherwise. They've been from many countries and from all levels of life; and as people, they've surprised me--both by their similarities and their differences. It's made my life richer; and hopefully, makes my writing and the characters I create richer.

Do you ever have to struggle with the common author problem of procrastination?
My problem is the opposite. (Laughter). I wish someone would tell me how to stop instead of how to start writing. When I have a problem writing, it's because I didn't give myself enough rest. I've thrown myself into the next project, even though I know in my heart, I should take a vacation. I never procrastinate.

The other reason I don't procrastinate is because my characters are like needy friends. They become alive in my head; they bother me at all hours. They show up in the middle of the night with problems they can't solve, and they need my help. They won't shut up. I can't tell a good character to go away. I wish procrastination was my problem.

So, you confirm the old joke that writer's block is when your imaginary friends stop talking to you.
I think writer's block is definitely that, but I think the term 'writer's block' is an interesting one. People think it means nothing is going on in a writer's head. That's not what's really happening. What's really going on is your instinct is telling you that something you've written is wrong. In my case, when I hit those snags, virtually every time, the problem isn't figuring out what's going to happen. The problem is that I did something wrong in the past. My instinct is stopping me from thinking about what's going to happen next in a novel. It's telling me something I wrote in the last chapter is wrong.

The other author is John Irving. He talked about what some journalists do wrong when they write fiction. Some journalists think if something happens, that's enough. A journalist tends to report something. But the real truth is what happens beneath the facts; it's what makes fiction rich and meaningful.

I try to keep those two things in my conscious mind when I write.

What advice would you give to beginning writers?
My advice is to not be persuaded by the many voices telling you in any way, shape, or form that you can't do it; you shouldn't do it; you'll never do it; the world has changed; it used to be easy; there's no money in it; or any of the thousands of other things you'll hear from people trying to dissuade you from writing. They're wrong. There will always be a public appetite for a good story. If you can tell stories, there will always be a way for you to do it.

You're hosting a dinner party and can invite 5 people from any walk of life, living or dead. Who would they be?
I think Mark Twain would be one of them. Julius Caesar would be invited because he was a military genius, a dictator; and he understood power. I would learn so much from him about power, and about his having lived in a world not guided by Judeo-Christian principles. I'd invite Adolph Hitler so I could learn about evil beyond anything I could ever imagine. Then I'd invite Mother Teresa, so we would have good and evil at the dinner. The last would be an anonymous Cro Magnon or Neanderthal caveman. Assuming we could communicate, it would be absolutely fascinating to learn about the prehistoric world.

Congratulations on having written Protocol Zero, a suspenseful thriller that's been highly praised by Linda Fairstein, Steve Berry, and John Sandford, and has been compared to the works of Michael Crighton, Tom Clancy, and Martin Cruz Smith.