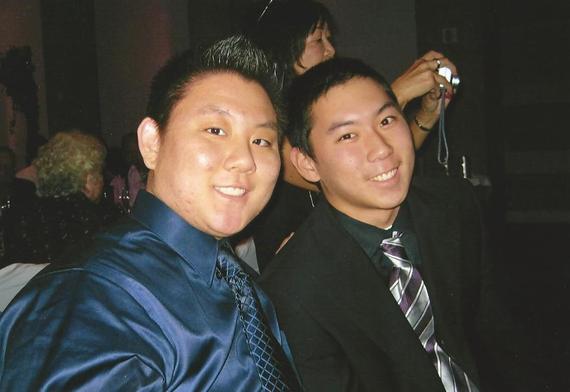 As the mother of a transgender son, I often wonder how my younger straight son truly felt as our family was navigating through some of our most challenging years. When you have the combination of one child who is struggling, parents who are struggling and another child who is quiet and sensitive, I often thought how is my younger son feeling.

So I would have a conversation with him that looked something like this:

"Hey, honey, I wanted to check in with you to see how you are doing. Are you getting the support you need from us?"

"Is there anything you need from Papa and I to feel more supported?"

"Is there anything else we need to talk about?"

Over the years, we would have similar conversations, because Stefen never came to me with any concerns or issues and so I would feel the need to reach out to him. But the conversations were always the same. My long comments and his one word answer.

However, just recently, he asked me to help him with his personal essay to transfer to a four year university. Writing he shared is not his strength so he could use some support. I jumped at the opportunity to be able to support him. The prompt was to write about something that was not part of his college application that he would like to share.

Naturally, the first thought that came to my mind was to write about his experience with his transgender brother. Wouldn't that make his application stand out? Would Stefen be comfortable doing this? I proceeded cautiously and to my delight he said that he would do his essay on this topic. His brother is also attending the same university and had just had an article written on him, so Stefen felt like writing this personal statement would not violate his brother's privacy. We decided to check to make sure. Aiden said no problem.

After discussing the personal statement, this is what my son wrote:

One thing that I did not say in my application that I think is important for you to know is my older brother is transgender. For about seventeen years of my life my brother was my sister, but our relationship has remained the same regardless of the situation. He actually first came out as a lesbian. When I initially found out that my sister was a lesbian I was 12 years old and had no idea what that meant. As I got older and found out more details, I was not shocked by this "coming out" because of the masculine traits she had already possessed. Five years later, when I was a senior in high school, my sister decided to transition into being male. I found out about her wish to transition through a letter explaining what was going to happen. After reading the letter I was not sad, but happy that my sister could finally be her true self as male. I also felt proud because it takes a person with a great deal of strength to endure what my brother went through since he first came out, to deciding to transition into the person he really is. The relationship I have with my brother is different than most. We don't talk a lot or hang out together. I am a person of very few words but he knows that I will support him with any of his decisions as long as it will make him happy. My brother is a student at your school and I am thankful for a university that allows my brother to feel not only safe but respected for who he is. The reason I wish to attend your school is not only because of its high academic standings but because of its willingness to create a place of learning and acceptance for all people.

Halfway through the statement my eyes were welling up and by the end of my reading, tears were rolling down my cheeks. A question I had about how my younger son truly felt about his brother and those difficult years, seemed to be answered in a little over 300 words.

My sons, both of them, have taught me so much about life. I have learned about daring greatly from Aiden who had the strength to announce to me and others... This is who I am. I always see him as my role model for courage and integrity. I have learned from Stefen about the power of acceptance. Stefen has always been my role model for compassion and accepting people just as they are. I am very lucky because all I have to do is watch my children. They have given me a blueprint for a life of success: courage, acceptance and love. I have decided when I grow up I want to be just like my sons... 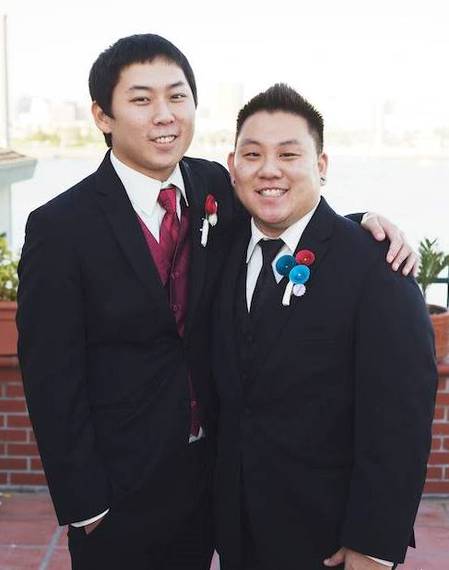