Prune Nourry is a multi-disciplinary artist who finds pleasure in contradiction, whether in bioethics, mythology or even artistic materials. Although she hails from Paris and works in New York, for the past three years Nourry's mind has been in India. She is currently wrapping up a three part project on gender selection in India entitled "Holy River."

The title references the Ganges River, which is worshipped as the Hindu Ganga deity and deemed sacred through and through. The mythology anthropomorphizes the river as partner, wife and mother to the Hindu male deities. Believers also adhere to the river's power to purify those who wash in it. Yet in reality the Holy River is one of the most polluted in the world, hazardous not only to those who bathe in it but to the surrounding ecosystem. While Indian culture worships the mythology of the river, its reality is suffering to a dangerous degree.

A similar paradox surrounds gender; while the female cow is praised for her fertility women are devalued and denied freedom. Gender selection began worsening the sex ratio in India in the 1980's, and is estimated to create 25 million surplus males in India by 2020. After learning from academics, sociologists and scientists, Nourry presents us with the bizarre practices that worship a symbol while leaving a reality to drown. 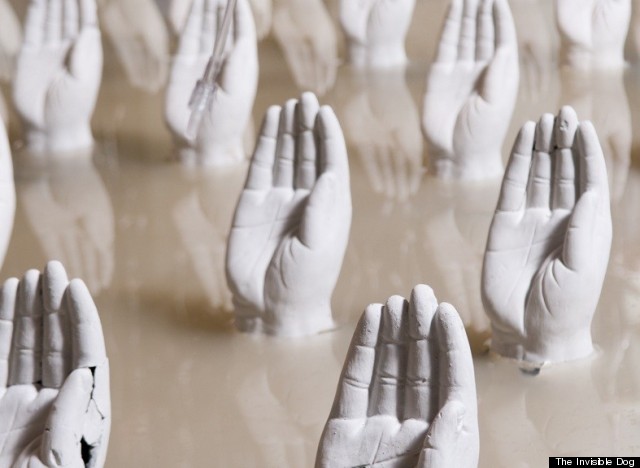 For Nourry's first project, she created "Holy Daughters," cow/girl hybrids, illustrating the disjunct between myth and reality. Some of the "Holy Daughters" lounge around with long, slender physiques while others curl up into a pathetic fetal position, fear welling up in their eyes. The second aspect of the exhibition featured a giant, 16 foot sculpture of a "Holy Daughter" made by Kolkata artisans of Ganges clay. They then bathed the sculpture in the Ganges river as part of a religious ritual, all of which was captured on tape as a performance piece.

For the final aspect of the exhibition, Nourry is taking her video footage and her "Holy Daughters" to a gallery space in Brooklyn, along with additional cross-pollinated imagery of medicine, water, body parts, femininity and religious altars. Water-filled IV's hang from the ceilings, limbs morph into milk machines and candles evoke the scent of the Ganges river. The exhibition challenges all our senses while displaying the nonsensical nature of gender selection. The creative exhibition mixes disciplines, senses and ideologies like a fearless mad scientist.

"Holy River" shows at The Invisible Dog until May 27. 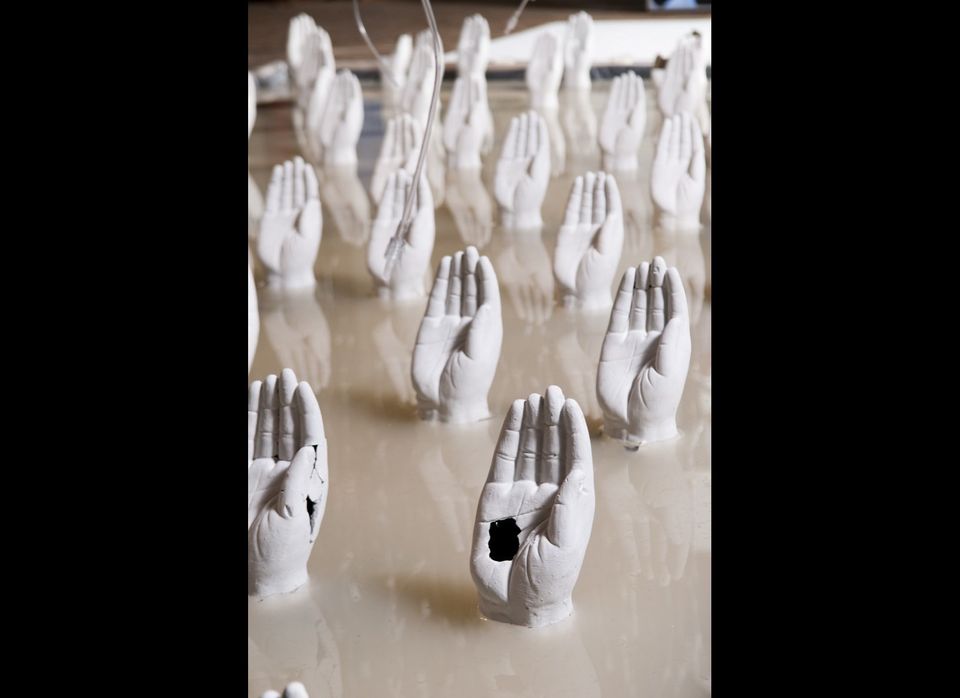