Albert Einstein had a preternatural vision. He could look at everyday events and extend them to see beyond what anyone else could imagine: If a train traveled at close to light speed, he deduced, time would slow down for it as measured by a stationary clock. The speed of light is the maximum speed limit in the universe. Space and time, which he fused into one entity, spacetime, is warped by massive bodies. This thinking -- and the equations and derivations that went with it -- made outrageous predictions a reality: the existence of black holes; gravitational waves (whose discovery was announced this past March, although recently questioned); gravitational lensing of light; the disagreement of two identical clocks when they are flown in opposite directions aboard two 747s (as proved in the early 1970s). But Einstein, despite his uncanny ability to predict bizarre physical phenomena, didn't write books shouting, "Listen, people, the world is not what you think it is!" -- even though he would have been right had he done so. Einstein wrote purely academic papers and waited. Even though he was a theoretical physicist, he believed in the power of experiments to bring us the ultimate truth. And his waiting paid off. In May 1919, during a total solar eclipse on the Atlantic island of Principe, the British astrophysicist Arthur Eddington measured the bending of starlight around the sun hidden by the moon, confirming Einstein's general-relativistic phenomenon of the warping of spacetime. Then Einstein became the Einstein we know: the man who changed our understanding of the universe. Similar things could be said about the quantum pioneers: Werner Heisenberg, Erwin Schrödinger, Max Born, Niels Bohr, Wolfgang Pauli, Max Planck, and Paul Dirac. They too saw a weird world, and experiments dramatically and precisely proved all their bizarre predictions.

But today we are witnessing the emergence of a different kind of physicist, with a different kind of vision and a different view of the physicist's role in society. I should qualify this statement to mean that what I am saying applies to a minority of physicists. Most theoreticians, including virtually all Nobel Prize winners, still believe strongly in the role of experimentation as the source of the ultimate proof of any theory. Peter Higgs, for example, would never have written a book exclaiming, "The scalar boson [his modest way of referring to the particle named after him] exists!" Instead he made frequent trips to Geneva to see how the work at the Large Hadron Collider was progressing, he called the physicists doing the experiment, encouraging and asking questions, and, as for Einstein before him, his patience paid off. If he wanted, he could now write a book about a fantastic theory of how mass emerged when the universe was a fraction of a second old. This would not be an outrageous statement; now it would be science. And the same could be said about Steven Weinberg, who in 1967 predicted the existence of the Z boson as well as its mass and those of the two W bosons -- and his theory was then confirmed (also at CERN, definitively in 1983); and about Murray Gell-Mann, whose "eightfold way" and theory of quarks were both verified experimentally. This happens all the time in science, and this is what science is about: Theoreticians make predictions, experimentalists prove (or disprove) them, and the experimental work suggests new theories, which are then tested in turn. And so the cycle continues. No one screams, "The universe is really the way I tell you it is!" without strong experimental proof, usually confirmed by a secondary or even tertiary round of data. 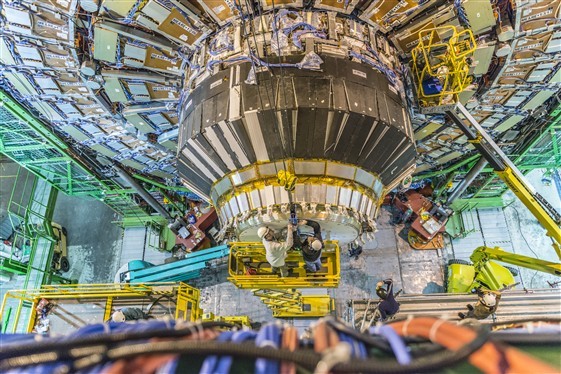 The CMS Detector of the Large Hadron Collider, reproduced by permission (copyright CERN)

But let's now look at the very vocal minority of theoreticians who, without a shred of experimental evidence to support their claims, are now telling us what, in their view, nature is truly made of. They do it through articles in popular magazines and through too many YouTube videos, but mostly through recent books aimed at the average reader. I will survey the most widely read of these books. Let me start with the most cerebral one of the lot. David Deutsch's 2011 The Beginning of Infinity is a thoughtful rumination on nature, life, and reality. It's not a book that exhorts its readers to believe theories without proof, but it is nevertheless a romp through highly speculative intellectual terrain. Deutsch writes about infinity and what it may mean to us, imagines conversations between Plato and Socrates about the nature of knowledge, and discusses computers and artificial intelligence. Then, on page 310, he sows the seed of the pseudophysics to come. He writes:

And in Dublin in 1952 Schrödinger gave a lecture in which at one point he jocularly warned his audience that what he was about to say might "seem lunatic". It was that, when his equation seems to be describing several different histories, they are "not alternatives but all really happen simultaneously". This is the earliest known reference to the multiverse.

Five years after Erwin Schrödinger's talk, in 1957, the American physicist Hugh Everett III proposed the "many-worlds interpretation" of quantum mechanics, which pretty much does what Schrödinger had suggested. According to Everett, every time a quantum event is observed, all its other possibilities implicit in its "wave function" also take place -- but in other worlds. Deutsch is supportive of this interpretation, and of the theory that a multiverse exists. The same year that Deutsch's book came out, 2011, Brian Greene published an entire book about the possibility of a multiverse, titled The Hidden Reality: Parallel Universes and the Deep Laws of the Cosmos. Greene is lukewarm about "many worlds" but supportive of how a multiverse might emerge out of the equations of string theory. String theory uses mathematical equations that rely on the existence of additional dimensions of spacetime (as many as six or seven new dimensions), and these dimensions, according to Greene, can hide other universes to give us a multiverse. He describes a few other theoretical gateways to a multiverse -- but not a single one has any experimental or observational evidence to support it. Can such wholly unsupported speculations really be called science? It should be noted that at the Large Hadron Collider scientists have not only searched (and found) the Higgs particle but actively looked for evidence of hidden dimensions of spacetime -- and they've found absolutely nothing! And while cosmic inflation is indeed a very plausible theory, if inflation acts on different parts of our universe, inflating each one at a time, this does not make a multiverse; it simply creates inaccessible parts of the same, single universe.

Three years after Greene's unsubstantiated public appeal to accept the notion that our universe is one of many -- perhaps even infinitely many (whatever this may mean) -- universes, Max Tegmark followed suit. This year he published a book whose speculative nature takes this pseudophysics to a whole new level. In Our Mathematical Universe: My Quest for the Ultimate Nature of Reality, Tegmark doesn't simply suggest that there is a multiverse; he actually describes the different levels he believes the multiverse has. Thus he writes about a "level I multiverse," a "level II multiverse," a "level III multiverse," and even a "level IV multiverse." I wonder why he stops at IV. Roman numerals can go on and on, so why doesn't he have a "level MMMDCCCLXXXVII multiverse"? All of this is so arbitrary and lacking any objective information to support it -- experimental, observational, even logical. How can someone specify levels of something we can never observe? All we know is one universe -- and even if a multiverse does exist in some sense, how could anyone brazenly dare to classify something we know absolutely nothing about?

But the most irritating book of them all, and the best example of the new pseudophysics, has nothing to do with the multiverse. It is about where our single, known universe might have come from. In his 2012 book A Universe From Nothing: Why There Is Something Rather Than Nothing, the physicist Lawrence M. Krauss informs us that the universe came out of nothing. Sheer nothing. Nada. Zip. How does he know? Every leading theoretical physicist I have posed this question to, including the American Nobel Prize winner Steven Weinberg and the Dutch Nobel Laureate Gerard 't Hooft, have told me definitively that we have no idea where our universe came from: We can't tell what happened before, or even at, the Big Bang. If Krauss' screed is not pseudoscience, I don't know what is. If I am going to believe him, I could just as well subscribe to the medieval "sciences" of alchemy or astrology. Krauss gives no evidence for his carelessly cobbled-together conjecture, but he makes up for it by his aggressive tone. Studying the book carefully, I found that Krauss implies that the source of his hypothesis is a research paper by the cosmologist Alex Vilenkin. At my request, Vilenkin sent me a copy of his article, and -- not surprisingly -- I found that what he says differs markedly from Krauss' conclusion. Vilenkin's universe does not at all start from "nothingness." It begins from a bubble of a preexisting piece of a very condensed kind of spacetime called a "quantum foam." 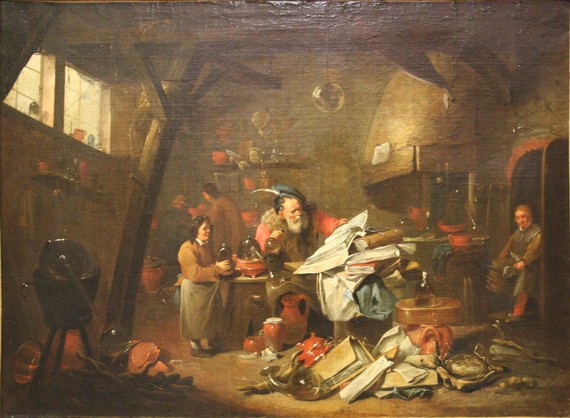 The universe is a marvelous place to live in. Well, it's the only place we know -- and we know a very tiny part of it. Telescopes reveal to us farther parts of this wondrous cosmos, and through them we learn about fascinating objects and phenomena such as neutron stars, black holes, supernovas, and exoplanets. Equally, high-energy particle accelerators and other experiments reveal to us the workings of the very small -- which always have a strong bearing on the nature of the universe as a whole. And of course theories are equally important. There is absolutely nothing wrong with speculation in physics -- and the correct theories are eventually confirmed by experiment and observation. But it is definitely wrong -- misleading and dishonest -- to preach to an unsuspecting public, mostly uninitiated in science, mere hypotheses as if they were confirmed facts. This isn't science, and it isn't honest scientific reporting. Physicists should be the purveyors of facts, not dreams.