In memory of those who lost their lives in last Friday’s terrorist attacks, players on the French soccer club Paris Saint-Germain will wear jerseys inscribed with the phrase “Je Suis Paris” for their next three games, the team announced ﻿Wednesday.

PSG to wear jerseys with the words "Je suis Paris" on them in honor of the victims of Friday's attacks #JeSuisParis pic.twitter.com/xW155JSEOu

This mark of respect is just the latest example of the soccer world uniting in the face of tragedy. After the English and French national teams came together in a moving pregame ceremony on Tuesday, and the predominantly British crowd gave player Lassana Diarra -- who lost his cousin in last Friday’s attacks -- a thunderous ovation, U.S. Women’s National Team star Alex Morgan stated that the attacks should lead to solidarity, not panic, around the game.

This positive use of international competition is a marked contrast from the seeds of fear and dissension that some are trying to plant in the sport, as the Germany-Netherlands game had to be canceled after bomb threats and a moment of silence at the Turkey-Greece game was marred by jeers from the crowd.

The honorary jerseys are a touching gesture from PSG. Let’s hope that more teams and more signs of hope follow.

PHOTO GALLERY
Moving Photos From England vs. France
Download
Calling all HuffPost superfans!
Sign up for membership to become a founding member and help shape HuffPost's next chapter
Join HuffPost 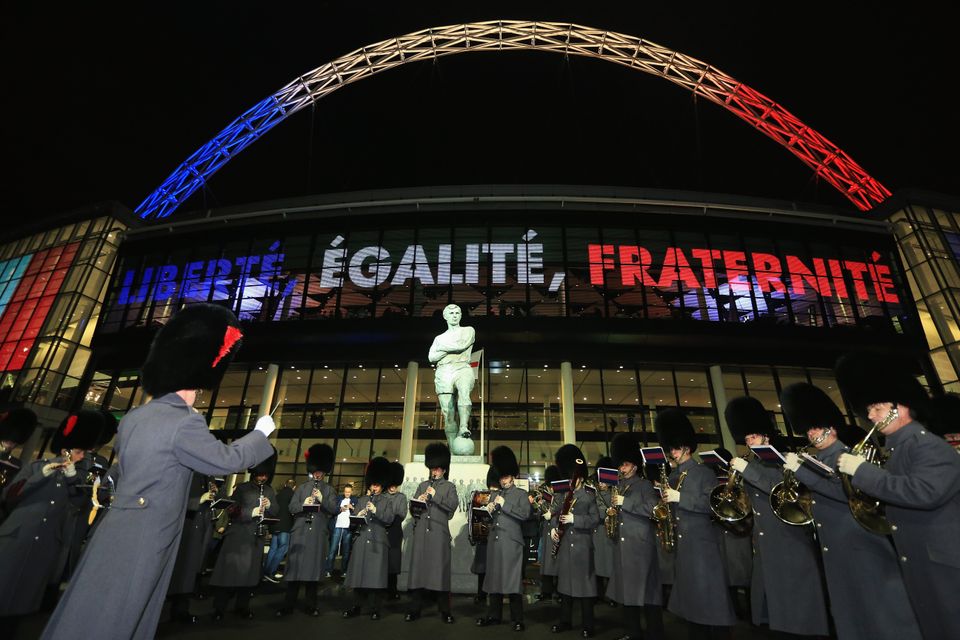