Below are 13 photographs of the Creedmoor Psychiatric Center in Queens Village, New York -- specifically Building 25, which has been vacant since the early 1970s. Over the remaining years the abandoned psych ward turned from a treatment facility of the mentally ill to a rotting corpse of a building. 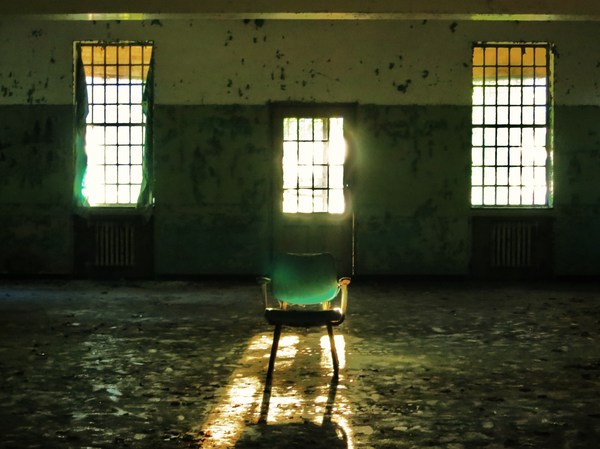 When Creedmoor was founded in 1912, its most effective cures were thought to be fresh air and physical labor. Yet as time passed the patient count exploded, rising from 150 in 1918 to over 7,000 in 1960.

Not surprisingly the facility became far less idyllic than it once was, morphing into a legendary hell hole with hygiene levels plummeting to unthinkable lows.

"By the latter years of the 19th century, they had already become bywords for squalor and negligence, and were often run by inept, corrupt, or sadistic bureaucrats -- a situation that persisted through the first half of the 20th century," neurologist Oliver Sacks wrote in a book on Creedmoor's devolution.

After a dysentery outbreak in the 1940s, the hospital came under examination. By the 1970s Creedmore was out of control, tallying rapes, assaults, suicides and shootings that took place under its roof. After a police investigation in 1974, the center reduced its patient count significantly, ultimately closing Building 25. The structure itself is still standing there to this day, however, remaining as an ominous reminder of when "problem people" were simply locked away. 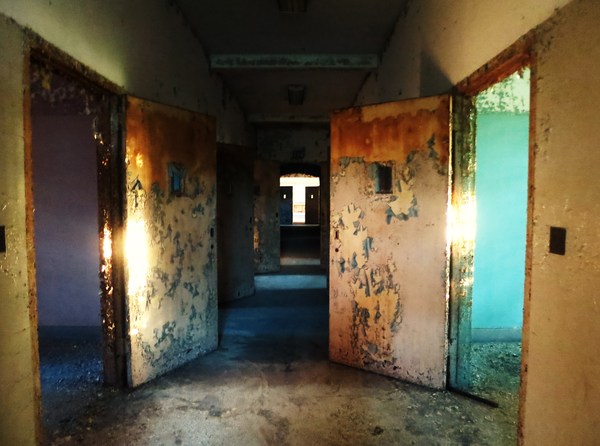 Photographer Hannah Frishberg captured the dark state of the retired facility in an incredibly unsettling photo series. In a piece for Atlas Obscura, Frishberg explains the visceral experience of navigating the decrepit space.

"The first floor contains the most artifacts, but is boarded up and pitch black, even daylight blocked out by the slats. On the fourth floor, the pigeons reign -- and golly what they’ve done with the place. Mountains of feces pile under pipes and their nests. The stench is palpable from the stairwell, and many objects have simply sank into mountains of poop. The birds themselves, isolated from human contact, have become intensely aggressive, swooping low and often at anything that moves. Through the filth, a mural of the Virgin Mary is still visible under the peeling paint and feathers on a day room wall. The soft pink paint deteriorating around her seems almost peaceful, as though this forgotten existence is at least better than the excruciating lunacy of the past." 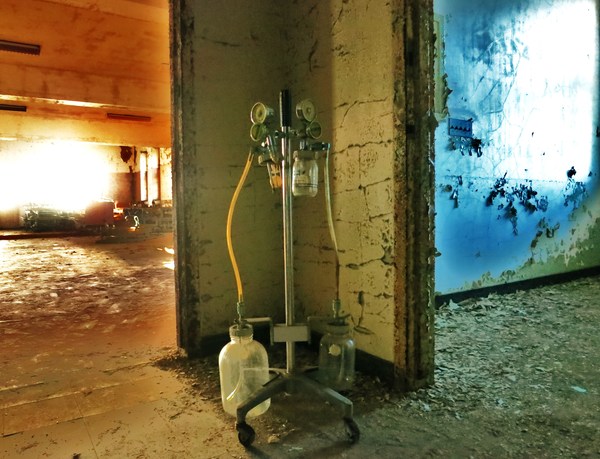 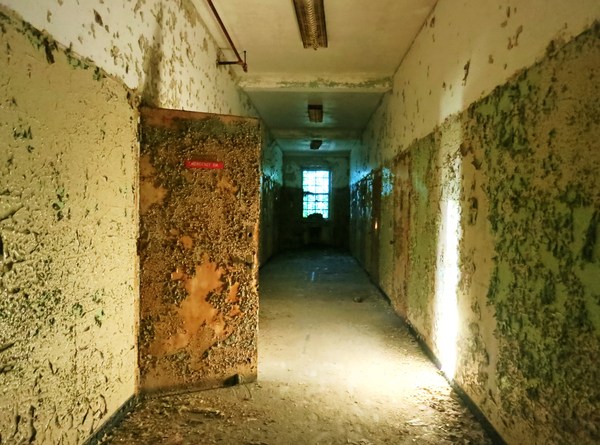 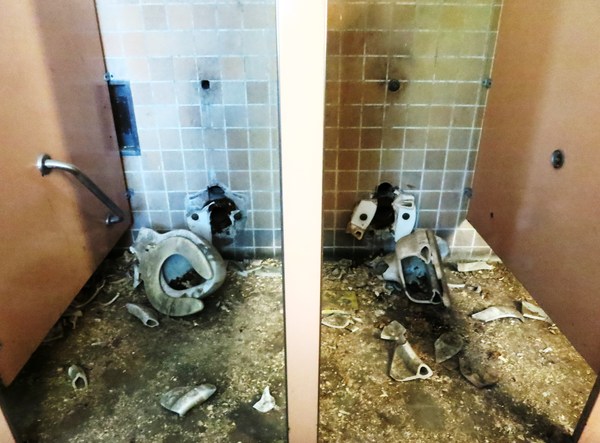 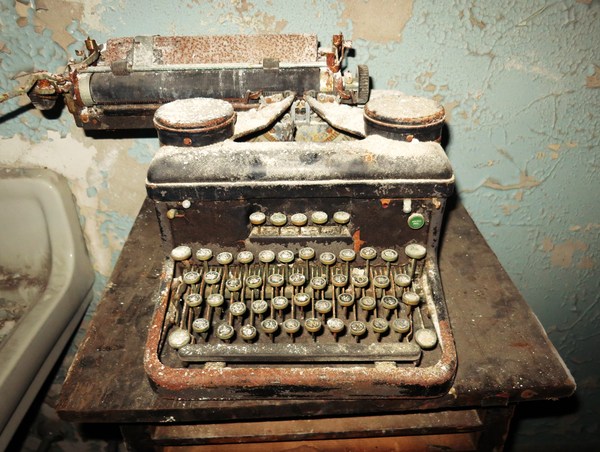 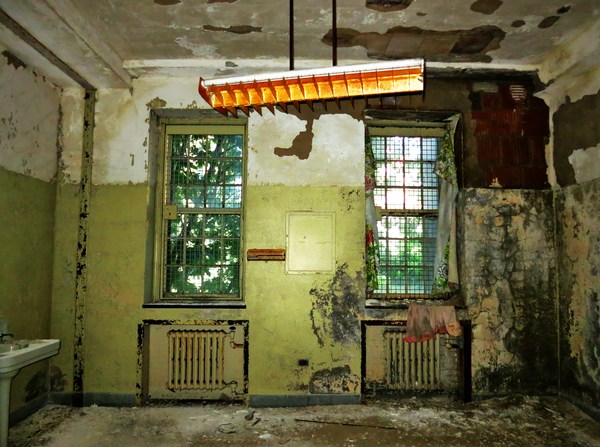 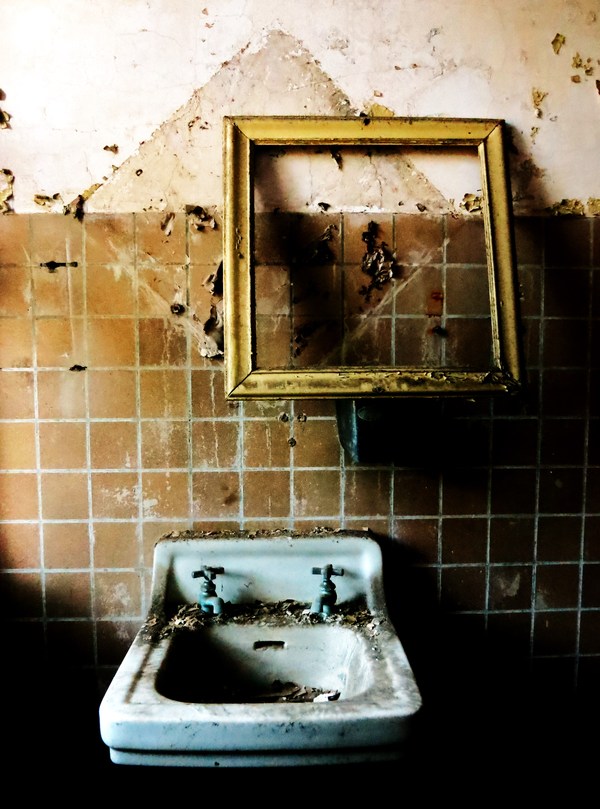 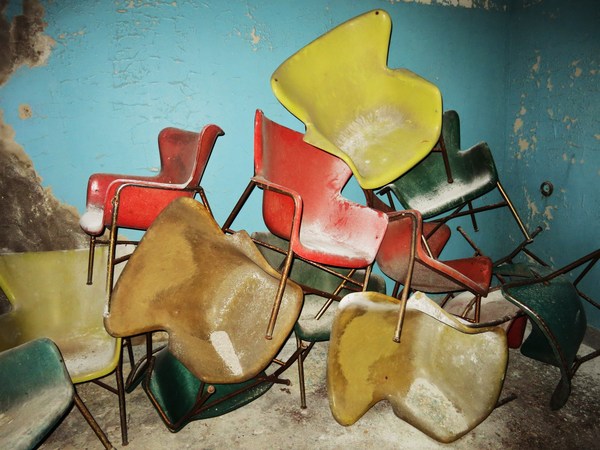 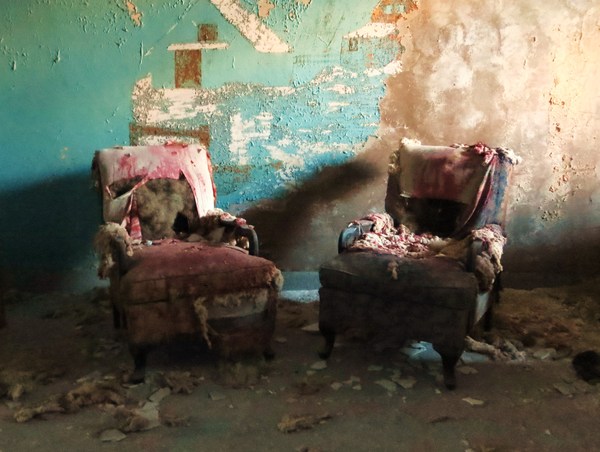 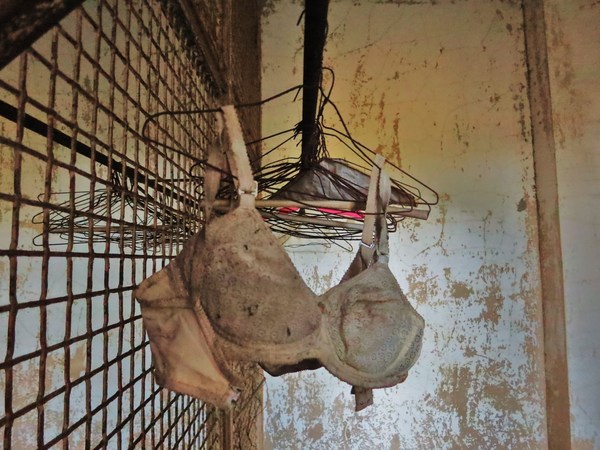 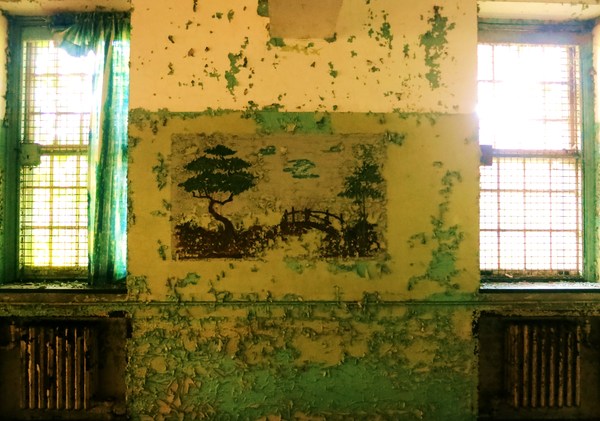