A recent posting in the Huffington Post featured the rapid growth of global urbanization with images from eleven of the world's largest "megacities." Coupled with Arianna Huffington's focus on Third World America and devolving conditions in many parts of the country, the deep fear is emerging that the pressures of exponential growth in urban areas, stagnating economic development and dwindling natural resources will result in inadequate housing, vanishing water and energy supplies, and limited access to health care.

In the face of the overwhelming evidence for the declining quality of life in many of our world's biggest cities, it might seem like a frivolous luxury to inquire about something as hard-to-define as soul in the urban environment. How can one afford to worry about soul -- soul of individuals or soul of the city itself -- in the face of a massive failure to meet the basic human needs of citizens around the world? Of course, one could turn that question upside down and ask how can one afford not to worry about the intersection of soul and city in the face of the staggering numbers related to the problems flooding our cities? Without at least one eye on soul the terrifying numbers themselves become empty statistics. 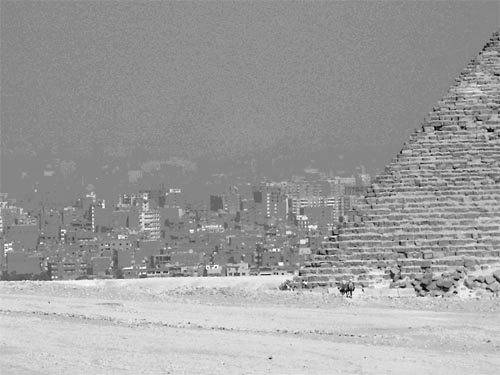 The numbing growth of Cairo encroaches on the soulful pyramids of her earlier inhabitants. Photograph by Christina Guarneri

Almost as if by chance, a group of Jungian psychoanalysts -- not necessarily the most likely suspects to reflect on such matters--have taken up the question of the experience of soul in several major cities of the world, many of which are included in the Huffington Post's list of the top eleven "megacities" of the world. Psyche and the City: A Soul's Guide to the Modern Metropolis follows the elusive thread of soul in individual citizens, communities, and cities themselves by idiosyncratically exploring nineteen major urban areas around the world. 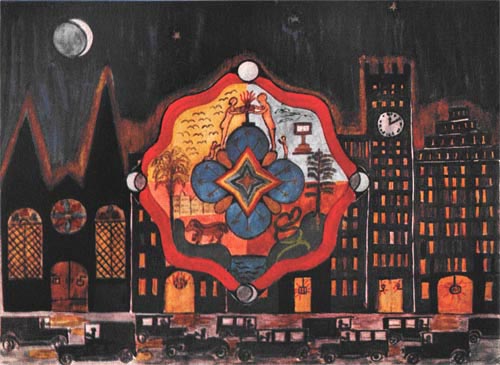 For the most part, Psyche and the City does not locate soul in museums, restaurants, grand hotels or in numbers (although one author locates soul in the numbers of New York City). Soul is not as easy to quantify as urban population growth, inadequate housing, poverty, and the many other indicators of the failure of cities to provide for its citizens basic needs, but this book argues that soul is as essential to human welfare in cities as the quality of the air we breathe.

So where do we locate soul in our megacities? The book's authors suggest that the discovery of soul in the city is as unique as the cities themselves and requires an often unorchestrated intersection between the individual, his or her community, and the soul of the city. We can start looking for soul by examining the origin myths of a city, the peculiarities of its local geography, the unfolding of its history as various ethnic and religious groups often compete and then sometimes learn or don't learn to live with one another, and finally those singular larger-than-life citizens of the past whose exploits and accomplishments contribute to the living presence of the city's ancestors. 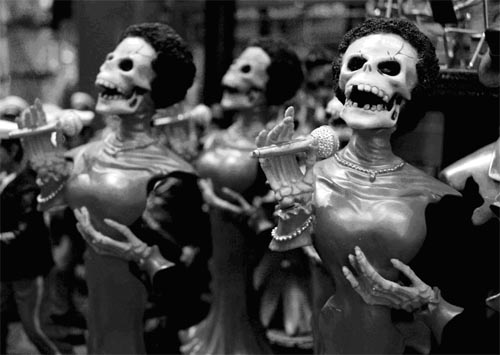 New Orleans knows that the souls of its ancestors sing in their music. Photograph by Victoria Grant

All of this meets with the conscious and unconscious daily life, reverie and imagination of a city's current inhabitants, the arc of whose unfolding lives give expression to soul in a variety of ways -- from graffiti to music and drama, from food to sports, from office buildings to places of worship and parks.

Glancing at the book's seventy photographs, one glimpses the fact that soul's presence is for the most part unpredictable. 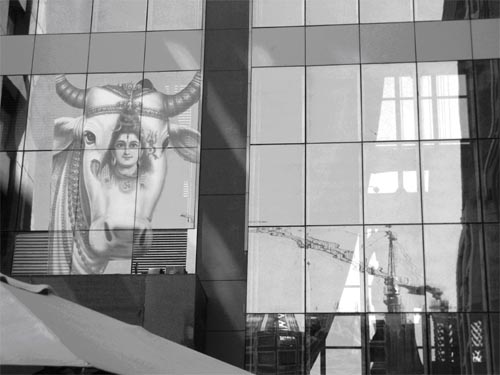 Soul can be seen in the tension between modernity and ancient traditions--as reflected in the windows of a glass office building in Bangalore. Photograph by Kusum Dhar Prabhu, digitally processed by Paru Ramesh