We bet that the life of a psychic medium isn't an easy one. People must always expect you to know everything, and then when you try to cancel a performance, people go and have a laugh at your expense. Still, we couldn't help ourselves from posting this hilarious poster.

PZ Meyers spotted this gem, which confirms that Psychic Joe Powers will not be making his regularly scheduled appearance due to... Yeah, you guessed it. Meyers wrote:

He's the Man Who Sees Dead People, which I guess means he wasn't able to see the live people who thought staying at home and washing the dishes would be more entertaining than watching a 'psychic' wank on stage.

Most Ironic cancellation ever? We think so. (Via The Daily What) 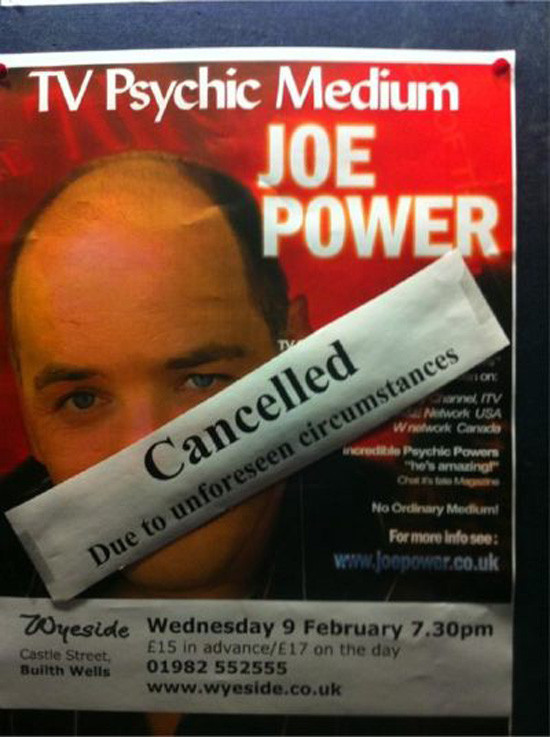