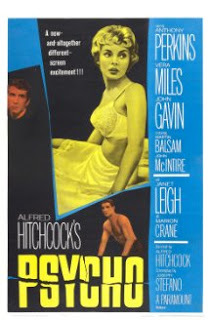 Will terror finally wake us up from our sleep? Remember "Macbeth has murdered sleep?" You may have been in a crowd of people who gathered around someone's iPhone when news of the Paris massacres started to be reported late on Friday afternoon and you undoubtedly noted a variety of responses. Some people who can't deal with the fear, go into a kind of shock which is like anesthesia. They're unable to feel anything about it. Others distance themselves with black humor and sick jokes and others fall into a state of uncontrollable anxiety in which literally all of human life appears lethal. Riots and stampedes in soccer, stadiums, the Chilean mine disaster, the fall of the Twin Towers, all blend into one horrifying nightmare become reality. It might not have been helped if that self-same person were listening to the BBC coverage which pre-empted WNYC regularly scheduled programming and gave a blow by blow of the individual executions at the Bataclan. Nor were they helped by those commentators who speculated this might be merely one of a number of planned attacks. Where would they strike next and was it in response to the Pesh Merga's retaking of Sinjar or even the droning of Jihadi John? During Nazi bombings Londoners found safety in the Underground, but in the age of the suicide bombers, subways and tunnels now offer the potential of becoming mass graves. If nothing else the history of guerilla warfare has taught us that it's sometimes easier to fight an institution like the Soviets or the Nazis, than inchoate bands and even lone wolves whose encrypted movements are not so likely to be deciphered by the Alan Turings of our day. ISIS is not so much a state or country as an ideology, a virus which is spread by way of social media and which up until now has proved resistant to vaccines and like some viruses is capable of constantly morphing into even more deadly forms just as it seems on the verge of being eradicated. But think about your most terrifying moment in a movie theater. Was it perhaps that scene in Psycho where Anthony Perkins' knife hovers over the showering Janet Leigh with Bernard Herrmann's soundtrack acting as an adrenalin booster. It's not insignificant that the act that's interrupted is both innocent in that it involves cleansing and erotic in that the image of a naked beauty behind a shower curtain produces stimulation in the viewer. Take away the innocence and eroticism and just hold the knife and Hitchcock's famous montage of blood going down the drain. Does that approximate your reaction to the first news reports coming out of Paris?