The term "affluenza" -- a portmanteau of affluence and influenza, defined as a "painful, contagious, socially transmitted condition of overload, debt, anxiety, and waste, resulting from the dogged pursuit of more" -- is often dismissed as a silly buzzword created to express our cultural disdain for consumerism. Though often used in jest, the term may have more truth than many of us would like to think.

Affluenza was even used as a defense in a recent, highly publicized drunk driving trial in Texas, where a 16-year-old boy claimed that his family's wealth should exempt him from responsibility for the deaths of four people. The boy got off with 10 years' probation and therapy (which his family will pay for), angering many for what they saw as the law's unfair leniency.

Psychologist G. Dick Miller, who acted as an expert witness for the defense, argued that the boy was suffering from affluenza, which may have kept him from comprehending the full consequence of his actions.

“I wish I had not used that term,” Miller later told CNN. “Everyone seems to have hooked on to it.”

Whether affluenza is real or imagined, money really does change everything, as the song goes -- and those of high social class do tend to see themselves much differently than others. Wealth (and the pursuit of it) has been linked with immoral behavior -- and not just in movies like The Wolf of Wall Street. Psychologists who study the impact of wealth and inequality on human behavior have found that money can powerfully influence our thoughts and actions in ways that we're often not aware of, no matter our economic circumstances. Although wealth is certainly subjective, most of the current research measures wealth on scales of income, job status or measures of socioeconomic circumstances, like educational attainment and intergenerational wealth.

Here are seven things you should know about the psychology of money and wealth. 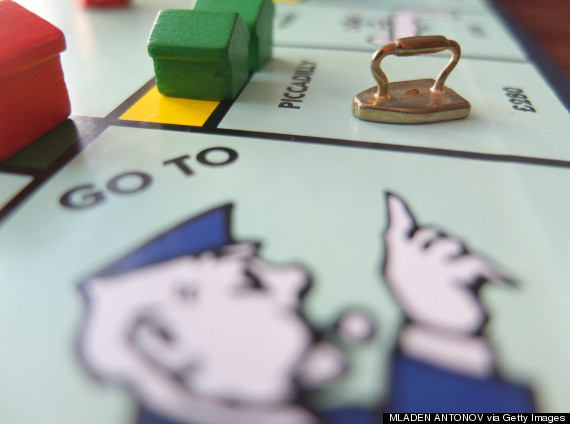 Several studies have shown that wealth may be at odds with empathy and compassion. Research published in the journal Psychological Science also found that people of lower economic status were better at reading others' facial expressions -- an important marker of empathy -- than wealthier people.

“A lot of what we see is a baseline orientation for the lower class to be more empathetic and the upper class to be less [so],” study co-author Michael Kraus told TIME. “Lower-class environments are much different from upper-class environments. Lower-class individuals have to respond chronically to a number of vulnerabilities and social threats. You really need to depend on others so they will tell you if a social threat or opportunity is coming and that makes you more perceptive of emotions.”

While a lack of resources fosters greater emotional intelligence, having more resources can cause bad behavior in its own right. University of Berkeley research found that even fake money could make people behave with less regard for others. Researchers observed that when two students played monopoly, one having been given a great deal more Monopoly money than the other, the wealthier player expressed initial discomfort, but then went on to act aggressively, taking up more space and moving his pieces more loudly, and even taunts the player with less money. 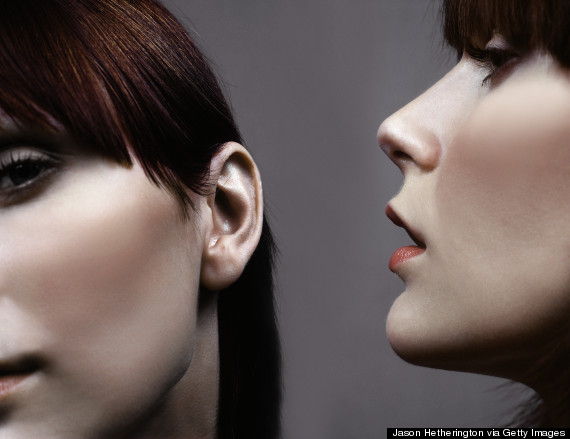 It is no surprise in this post-2008 world to learn that wealth may cause a sense of moral entitlement. A UC Berkeley study found that in San Francisco -- where the law requires that cars stop at crosswalks for pedestrians to pass -- drivers of luxury cars were four times less likely than those in less expensive vehicles to stop and allow pedestrians the right of way. They were also more likely to cut off other drivers.

Another study suggested that merely thinking about money could lead to unethical behavior. Researchers from Harvard and the University of Utah found that study participants were more likely to lie or behave immorally after being exposed to money-related words.

“Even if we are well intentioned, even if we think we know right from wrong, there may be factors influencing our decisions and behaviors that we’re not aware of,” University of Utah associate management professor Kristin Smith-Crowe, one of the study's co-authors, told MarketWatch.

Wealth has been linked with addiction. 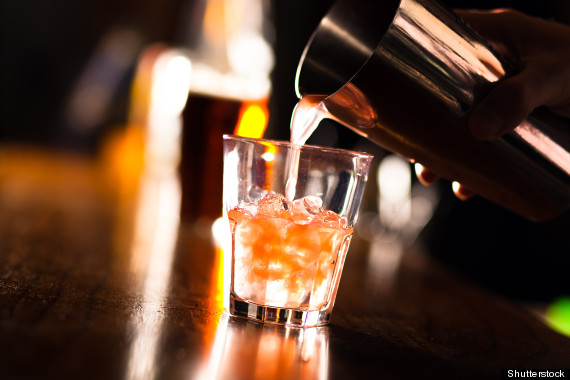 While money itself doesn't cause addiction or substance abuse, wealth has been linked with a higher susceptibility to addiction problems. A number of studies have found that affluent children are more vulnerable to substance abuse issues, potentially because of high pressure to achieve and isolation from parents. Studies also found that kids who come from wealthy parents aren't necessary exempt from adjustment problems -- in fact, research found that on several measures of maladjustment, high school studies of high socioeconomic status received higher scores than inner-city students. Researchers found that these children may be more likely to internalize problems, which has been linked with substance abuse.

But it's not just adolescents: Even in adulthood, the rich outdrink the poor by more than 27 percent.

Money itself can become addictive. 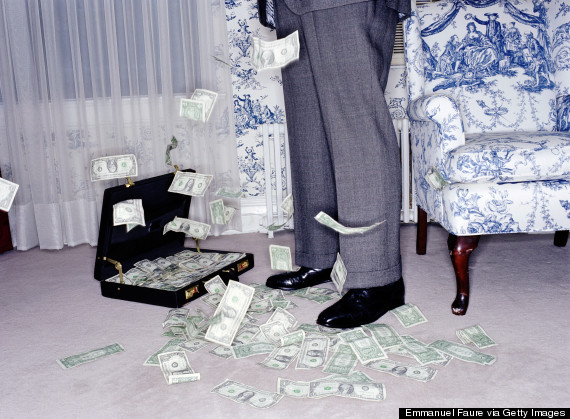 The pursuit of wealth itself can also become a compulsive behavior. As Psychologist Dr. Tian Dayton explained, a compulsive need to acquire money is often considered part of a class of behaviors known as process addictions, or "behavioral addictions," which are distinct from substance abuse:

These days, the idea of process addictions is widely accepted. Process addictions are addictions that involve a compulsive and/or an out of control relationship with certain behaviors such as gambling, sex, eating and yes, even money... There is a change in brain chemistry with a process addiction that's similar to the mood altering effects of alcohol or drugs. With process addictions engaging in a certain activity, say viewing pornography, compulsive eating or an obsessive relationship with money, can kick start the release of brain/body chemicals, like dopamine, that actually produce a "high" that's similar to the chemical high of a drug. The person who is addicted to some form of behavior has learned, albeit unconsciously, to manipulate his own brain chemistry.

While a process addiction is not a chemical addiction, it does involve compulsive behavior -- in this case, an addiction to the good feeling that comes from receiving money or possessions -- which can ultimately lead to negative consequences and harm the individual's well-being. Addiction to spending money -- sometimes known as shopaholism -- is another, more common type of money-associated process addiction.

Wealthy children may be more troubled. 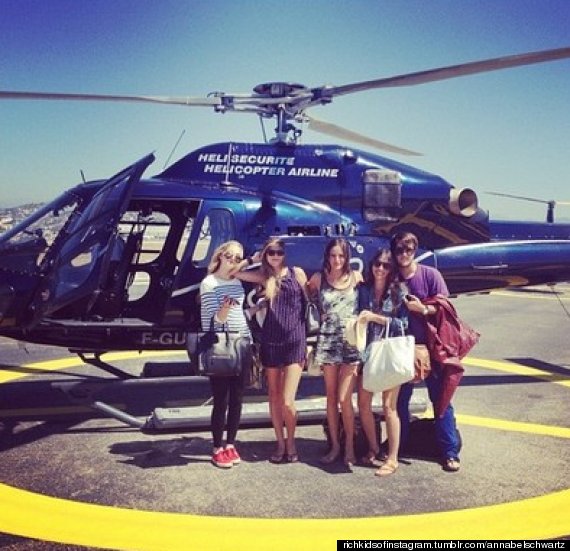 Children growing up in wealthy families may seem to have it all, but having it all may come at a high cost. Wealthier children tend to be more distressed than lower-income kids, and are at high risk for anxiety, depression, substance abuse, eating disorders, cheating and stealing. Research has also found high instances of binge-drinking and marijuana use among the children of high-income, two-parent, white families.

"In upwardly mobile communities, children are often pressed to excel at multiple academic and extracurricular pursuits to maximize their long-term academic prospects -- a phenomenon that may well engender high stress," psychologist Suniya Luthar in "The Culture Of Affluence." "At an emotional level, similarly, isolation may often derive from the erosion of family time together because of the demands of affluent parents' career obligations and the children's many after-school activities."

We tend to perceive the wealthy as "evil." 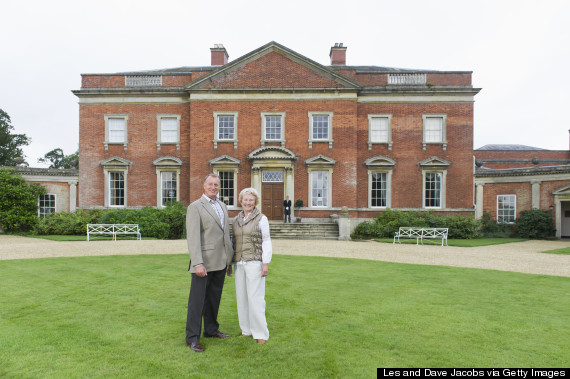 On the other side of the spectrum, lower-income individuals are likely to judge and stereotype those who are wealthier than themselves, often judging the wealthy as being "cold." (Though it is also true that the poor struggle with their own set of societal stereotypes.)

Rich people tend to be a source of envy and distrust, so much so that we may even take pleasure in their struggles, according to Scientific American. University of Pennsylvania research demonstrated that most people tend to link perceived profits with perceived social harm. When participants were asked to assess various companies and industries (some real, some hypothetical), both liberals and conservatives ranked institutions perceived to have higher profits with greater evil and wrong-doing across the board, independent of the company or industry's actions in reality. 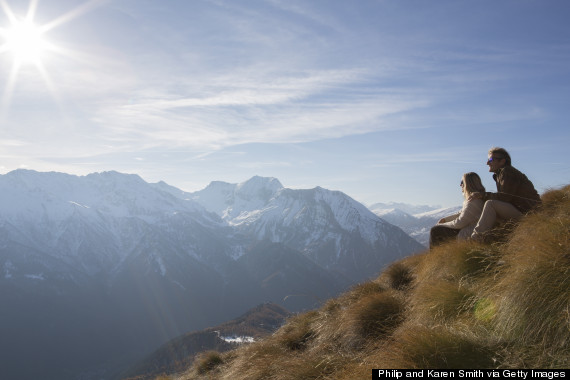 We tend to seek money and power in our pursuit of success (and who doesn't want to be successful, after all?), but it may be getting in the way of the things that really matter: Happiness and love.

There is no direct correlation between income and happiness. After a certain level of income that can take care of basic needs and relieve strain (some say $50,000 a year, some say $75,000), wealth makes hardly any difference to overall well-being and happiness and, if anything, only harms well-being: Extremely affluent people actually suffer from higher rates of depression. Some data has suggested money itself doesn't lead to dissatisfaction -- instead, it's the ceaseless striving for wealth and material possessions that may lead to unhappiness. Materialistic values have even been linked with lower relationship satisfaction.

But here's something to be happy about: More Americans are beginning to look beyond money and status when it comes to defining success in life. Only around one-quarter of Americans still believe that wealth determines success, according to a 2013 LifeTwist study.