My TED talk was for an experimental TED called TED Full Spectrum. Chris Anderson said he was tired of people getting up on stage with nothing but a powerpoint. That's why I'm not alone on stage. Behind me are Julian Treasure and Evan Grant. They're responding live to what I'm saying with audio and visuals stored on their computers. If I veer off, they have to veer off with me. They were great, although we do look like a synth-pop band doing one of those '80s nostalgia tours.

My talk is based on my book, The Psychopath Test. It's in part about a man called Tony. He swears he faked madness to escape a prison sentence for GBH (grievous bodily harm) and is now stuck in a secure hospital because nobody will believe he's sane. It was the Scientologists -- brutally opposed to psychiatry -- who introduced me to Tony. It's also about the compelling theory that you are four times more likely to have a psychopath running your business than you are to have one as your underling. This is because items on the psychopath checklist include Grandiose Sense of Self Worth, Lack of Empathy, and so on -- characteristics rewarded in our society, unfortunately. It's a story about psychopath-spotting in high places, then, but also about how becoming a psychopath-spotter can turn you a bit psychopathic because it compels you to start reducing people to items on a checklist -- to their maddest edges. 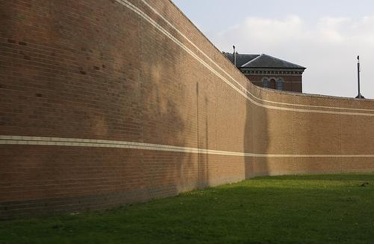 Broadmoor, the secure hospital where Tony is a patient. Photo courtesy Google Images.

It's something we all do. Whenever someone comes onto the TV or the radio sounding potentially like a psychopath -- Lance Armstrong, etc. -- we all get drunk with our psychopath spotting powers. I get millions of tweets asking me if they are one. I also get offers to be a talking head on TV. I try to always say no because whilst it would be nice to make hay while the sun shone, it's quite morally corrosive (not to mention massively unethical) to diagnose someone off the TV.

I tell you who would be even more unethical than me if they went on TV to diagnose someone from afar as a psychopath: any forensic psychiatrist or psychologist or anyone who works in that field as an expert.

Maybe Lyndon Johnson was bipolar. But it was so high and mighty. So ivory tower. So reductive. And so from afar. And so I vowed never to do that. -- Jon Ronson

When I started writing The Psychopath Test I read this book which diagnoses Lyndon Johnson from afar as bipolar. It might be right for all I know. Maybe Lyndon Johnson was bipolar. But it was so high and mighty. So ivory tower. So reductive. And so from afar. And so I vowed never to do that. So in The Psychopath Test, as in my TEDTalk, I only recount conversations with people I met in person. That way all the ambiguities and nuances, the biases, the power play between the interviewer and interviewee, would be part of the writing.

I was thinking about all of this listening to Julie Burchill's brilliant recent interview on the BBC Radio 4 show Desert Island Discs.

At times she could not have sounded more textbook Hare Checklist:

JB: "I think I was born without something ... But if I was I'm glad I was because I don't want to be one of those people who creep around trying to get people's approval. I think they're pathetic ... I've always been to some extent shameless, and I've always been an aggressive person. Not physically but the way I think and the way I go after other people."

Here's one tweet I read just after she said this:

'Julie Burchill is demonstrating psychopathy so clearly on #desertislanddiscs that I might use it as a teaching tool for my students.'

I know what she meant. You only have to read the checklist.

Anyway, a few minutes later she was talking very movingly and sincerely about missing her parents, and how much pain she would feel going back to Bristol because the accent would remind her of them: "If I was in Bristol and everywhere I turned someone would be going, 'all right my lover', I'd feel sad and I'd really miss them." 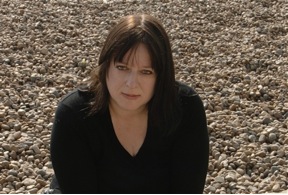 I noticed that I felt weirdly disappointed for a moment when she said this. My fast and triumphant diagnosis off the radio was not her whole story. She was more confusing, less black and white. She was greyer. I had wanted the one aspect of her personality -- the psychopathic-sounding one -- to be more true and significant. So I had to kind of force myself out of one train of thought into another.

I think this is part of the reason why there are so many miscarriages of justice in the psychopath-spotting field. Here's a paragraph from The Psychopath Test:

"Bob Hare told me of an alarming world of globe-trotting experts, forensic psychologists, criminal profilers, traveling the planet armed with nothing much more than a Certificate of Attendance, just like the one I had. These people might have influence inside parole hearings, death penalty hearings, serial-killer incident rooms, and on and on. I think he saw his checklist as something pure -- innocent as only science can be -- but the humans who administered it as masses of weird prejudices and crazy dispositions."

Psychopaths (whatever you want to call them) exist. I believe in the veracity of the Hare Checklist. I believe Hare is right. And I think that psychopaths can be -- maybe always are -- terrible malevolent forces. And I totally sympathise with anyone who gets caught up with one. I am no RD Laing-esqe polemicist in my views on psychiatry. I think for some people -- those who suffer from OCD, for instance -- a diagnosis is nothing but positive. It can focus your mind to get better and make the world less terrifying and confusing. But the new DSM is about to come out and -- as one of it's chief critics, Allen Frances, says -- the boundaries of what's considered normal are getting narrower and narrower. This is what happens when you allow taxonomists -- people who love to categorize people -- to take over the world. I'm reminded too of something my friend, the documentary maker Adam Curtis said to me when I was writing my book: "It's not easy to truly know another person."

This story appears in Issue 43 of our weekly iPad magazine, Huffington, in the iTunes App store, available Friday, April 5.

Walmart Manager Kills 6 In Virginia In Another Mass Slaying

Cat Busted Stowed Away In Suitcase At JFK Airport