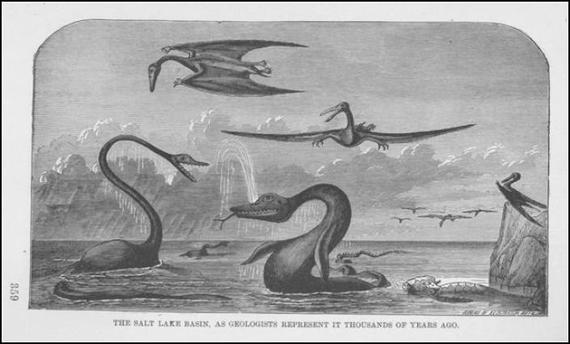 I brought some copies of my book, Royal Society: The Public Evolution Summit to London and passed them around the gathering of distinguished evolution enthusiasts at 7 Carlton House Terrace, anticipating that the November 7-9 Royal Society "new trends" conference would fall short of its billing. 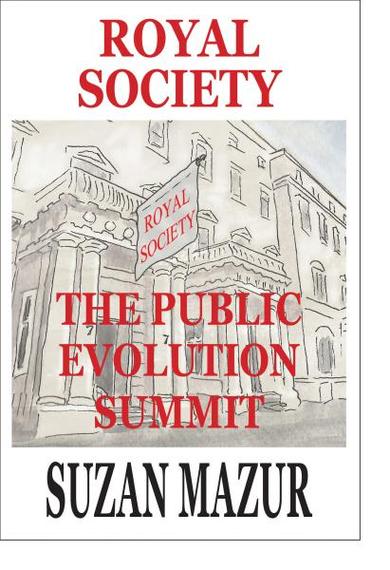 Indeed, one of the opening speakers referred to himself as representing the Jurassic Age of science and pointed out that the content of the previous speaker's lecture -- which put more than the jet-lagged in the audience to sleep -- could be found in existing textbooks. He was right about the previous talk, it was a rehash of Altenberg 2008 served with a dollop of natural selection. And so it went for most of the presentations, niche construction ad nauseam, except for talks by James Shapiro and John Dupré (I arrived late for Denis Noble's). The event would have benefited from someone in the wings with a hook restraining speakers who insisted on relying on the mantra of natural selection to fill in the blanks of their science. Repeated references to the term became almost comical. Sir Patrick Bateson finally came to the rescue, cautioning against overuse of the "metaphor," saying further that "natural selection is not an agent."

In his defense of the meeting, principal organizer Denis Noble told me it was amazing the event happened at all because the Royal Society wanted to cancel it.

Ten of the 26 presenters were part of the John Templeton Foundation-funded Extended Synthesis project. Templeton is known for its pairing of science and religion. And as the talks proceeded, it appeared to some in the room that the JTF-funded scientists had both compromised their work and retarded science by accepting the foundation's easy money.

I again requested a formal interview with Paul Wason, the life science (formerly science and religion) director at Templeton who was in attendance -- but Wason again refused. He did tell me a few things during a chat on the Royal Society stairway, however.

But that hardly clears up the issue of JTF cronyism and lack of transparency.

Wason also told me that NASA approached JTF in 2015 to partner in a grant to the Center of Theological Inquiry in an outreach to the religious community to see how the religious community would respond to the discovery of life in outer space, because NASA could not directly approach a religious organization with its $1.1 million offer. JTF threw $1.7 million of its own funds to CTI for the two-year investigation.

Wason thinks that contrary to the view of Andrew Pohorille -- NASA's senior most scientist on origin of life, who I reported in May 2015 does not think "we" will find life anywhere else in the solar system including Mars -- that it would be tough to find anybody else at NASA sharing Pohorille's perspective.

I reminded Wason that there was as yet no scientific consensus on what life even is. . .

But getting back to the Royal Society program -- just what was the point of attracting a distinguished international gathering if the speakers had little new science to present? Why waste everyone's time and money? After all, a round trip air ticket US - UK is $1,000, a three-day hotel stay at least another $500, plus meals, ground transportation and miscellaneous travel expenses (including the cost of replacing Wolford hosiery destroyed by a crudely-stapled Royal Society program).

Among the disgruntled attendees was Canadian biochemist Larry Moran of Sandwalk, who referred to the speakers as "Adaptationists!" Kalevi Kull, one of The Third Way of Evolution personalities, who traveled from Estonia for the meeting but was not an official presenter, couldn't get a word in because moderators kept taking questions from official speakers seated in the front rows, depriving attendees of their participation time. Another of the TTW personalities, Duke University engineer Adrian Bejan, left after the first day. Only 15 of 50 or so scientists profiled on the TTW page actually showed up for the event.

I came away with the impression that the Royal Society may have gone the way of the Explorers Club. We're living in a world that's been largely explored and science has been democratized via the Internet. So these two once-privileged clubs are now seriously diminished in authority.

Plus I would say the Royal Society needs more than the coat of paint it is now getting, it needs to seriously update its conference facilities. There is just no comparison with, say, the Simons Foundation's "state-of-the-art" auditorium in New York.

Of the noteworthy presenters at the Royal Society gathering, John Dupré was probably the most erudite, the diamond in his left ear further mesmerizing. I'd interviewed Dupré prior to the meeting for my book, so I was familiar with his general perspective of process ontology. A view Carl Woese also held.

Dupré told me this during our interview:

"The central argument that brought me to a process ontology was realizing that the boundaries between organisms are extremely fluid and permeable and the way we divide the world into discrete organisms is not something that is just given to us by nature. This is something that is easy to understand in the context of process, very difficult to understand in the context of discrete things."

He also told me: "Perhaps I am at fault for not having made the argument you're making [including a discussion of viruses and microbes in the Royal Society meeting] to the group [meeting's organizers] more effectively," saying further that he'd just finished co-editing an issue of a journal on viruses: Studies in History and Philosophy of Science Part C: Studies in History and Philosophy of Biological and Biomedical Sciences.

Aside from Dupré in the October 2016 special issue -- some of the other contributors are Eugene Koonin and Petro Starokadomskyy, who provide a useful table of virus definitions; Maureen O' Malley who points out that not only do viruses "participate in the planet's most crucial food webs" but "[t]hey also constitute regulators of planetary biogeochemistry, controlling cycles on which all life depends (carbon, nitrogen and phosophorus)"; Patrick Forterre commenting that viruses probably predated LUCA since some viruses are common to bacteria, eukarya and archaea; Jean-Michel Claverie and Chantal Abergel who note that giant viruses "might have evolved from extinct ancestral cellular lineages."

"The enormous powers of viruses to evolve and their ability to insert genetic material into the genomes of cellular organisms has led some biologists to speculate that it is viruses that are the prime movers of major evolutionary change or, at any rate, the main providers of novel biochemical resources. It is beginning to seem possible that, just as microbes are the expert metabolists in nature, so viruses are the leading evolvers."

Virologist Luis Villarreal, who was not invited to speak at the Royal Society gathering and did not attend, would certainly agree with Dupre's last statement but he thinks it's not possible to reduce viruses to process. Villarreal says: "ex virus omni" (from virus everything) and sent the following comments to me:

"This [viruses as process] is individual fittest type thinking. If the resident viral agents would lose identity, they would no longer be part of a system or network. That's not how it works. The reason for their presence depends on others (like lytic agents). This is the nature of identity, interaction of multiple participants to create identity."

James Shapiro, the other bright spot of the RS meeting, highlighted themes from his book, Evolution: A View from the 21st Century, regarding symbiosis and hybridization and waded into the water on viruses, talking about their role in formation of the eye and the placenta. I addressed a question to Jim Shapiro about stem-loop RNAs (viruses), which Shapiro said he was "challenged by."

The other notable conference news was Denis Noble citing the embryo geometry paper of Stuart Pivar, who was seated in the room between wife Larimore and co-author David Edelman and elegantly dressed in a black velvet jacket for the occasion. Pivar has faced fierce criticism in the past regarding his evolutionary perspective, particularly from the PZ Myers pack, and so welcomed Denis Noble's recent invitation to publish in Progress in Biophysics and Molecular Biology, one of the journals Noble co-edits. Noble is also listed on the "advisory panel" for Pivar's new web page: urform.org.

With so much exciting evolutionary science now openly accessible online, it is disappointing and most peculiar, that this meeting about supposedly "new trends" squandered an important opportunity to deliver that to the public and instead served largely to reinforce standard thinking on evolution.