Nearly a decade has passed since that day in 2003, but Craig Mullaney still gets choked up recalling the firefight in Afghanistan where he watched one of his soldiers die. Mullaney was a 24-year-old newbie lieutenant -- not long out of West Point, combat leadership training at the U.S. Army's Ranger School and a stint at Oxford -- when a platoon he was leading was ambushed by snipers along a mountain ridge on the Pakistan border. Evan O'Neill, 19 years old, took a bullet in the back and bled to death. 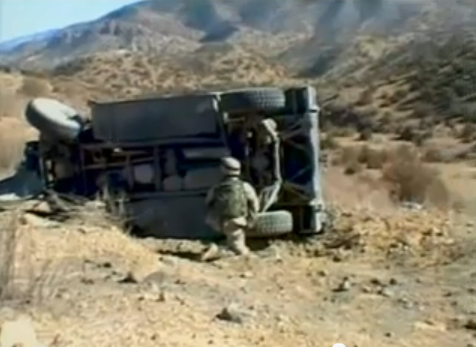 The avalanche of angst triggered by that experience -- "What had I done wrong?" Mullaney questioned himself. "What decision had I failed to take that could have avoided Evan being killed?" -- became the impetus for his 2010 bestselling book, The Unforgiving Minute: A Soldier's Education. While his platoon held its own in that battle and suffered no additional casualties, and he went on to a career as a respected and decorated officer, "that incident on the ridge haunted me for years," Mullaney told an audience at UCLA's Semel Institute for Neuroscience and Human Behavior last week, leading off a discussion on Post Traumatic Stress Disorder (PTSD). 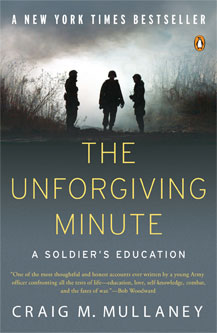 Guilt, anger, fear, nightmares and more are the scars of PTSD, an anxiety disorder which can ensue after a traumatic event such as war. An estimated 33% of American soldiers and veterans of Afghanistan and Iraq suffer from PTSD, said UCLA psychiatrist Dr. Patricia Lester. Yet it's not just soldiers who suffer, she added, but their families as well. Among civilian family members -- predominantly spouses and children but also parents and others -- 27.2 percent report PTSD symptoms, a rate almost as high as those in the military. "PTSD is an interpersonal disorder that can derail families," she said. "It reverberates through the family system.

Lester directs a program called FOCUS (Families OverComing Under Stress) that provides "family resiliency services" to military children and families. Developed by Lester and colleagues from Harvard University in 2008 on contract with the U.S. Navy's Bureau of Medicine and Surgery, FOCUS has worked with thousands of families via about two dozen military installations around the country -- from Camp Pendleton near San Diego to three sites in Okinawa, Japan.

About 150 million American service members are either deployed or veterans of recent battles like those in Afghanistan and Iraq, soldiers who have spouses and 100 million children -- 78% of these kids younger than 11. That's a lot of families struggling with stressors like long separations, obsessive worry about a spouse's safety, and feeling unsafe and vulnerable themselves with their loved one so far away.

And the stress doesn't disappear just because a service member comes home, Lester said, particularly if a parent is dealing with injuries or combat stress -- coming home "with the battle still raging inside." For example, Lester said, "you'll get the child who jumps on his father's back the playful way he always used to. But then father has an extreme startle response" -- pulse racing, sweating, intense fear as a similar wartime trauma is triggered. Too often, Lester said, "parents remove themselves from the family" -- leaving their families rather than re-experiencing their combat trauma or hurting their families with their reactions.

One of the toughest challenges for returning soldiers is opening up with families and friends about their wartime experience. 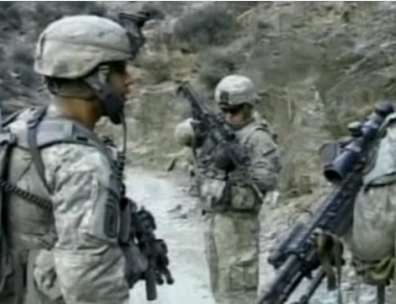 But Mullaney admitted that he was surprised to discover that he was one of these soldiers. He said that -- despite the fact that "I'm definitely on the spectrum of overly communicative. I cry at the snap of a finger, and I've always been able to express myself in writing" -- "It was so difficult for me coming back from Afghanistan to open up to my wife and family."

It took "lots of long walks with my wife before I could talk to her about some of the guilt, the self-doubt," Mullaney said. "And that just the first step. It took lots of conversations with my wife and my family -- and the writing of my book -- to make sense of the experience for myself and others."

Much has changed for Mullaney, who left the armed forces to spend two years working in the Obama administration on defense issues and strategy and who now serves as vice president of operations and strategy for the Bay Area tech firm Ustream.

He's also now the father of a 2-year-old son. Reflecting on his years as a young officer, Mullaney said, "I feel like I had so little appreciation for the challenges that my soldiers -- most of whom had children back home -- were facing."

Encouraging service members to seek mental health treatment for PTSD and other problems, he recalled a talk his battalion commander gave the troops before they left Afghanistan.

"He sent a very clear signal that seeking mental health counseling and treatment is not a signal of so-called weakness," Mullaney said. "If you're playing in a football game, you're going to get beat up and go to the trainer and put your elbow in a bucket of ice. It's just part of what you're going to do."

Mullaney said that he was fortunate to find that writing his book was therapeutic for him, adding, "If a soldier has experienced combat stress -- and many of us have in varying degrees -- you have to get the assistance you need to get back on your feet." 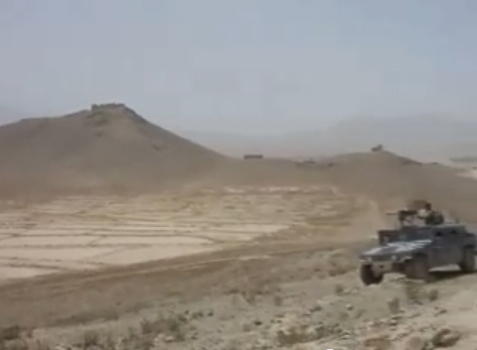