By: Dr. Meir Kryger, MD, FRCPC, Yale School of Medicine, editor of Principles and Practice of Sleep Medicine, and author of iGuide to Sleep and Sleep and Be Well on Psychology Today, for the Society for Women's Health Interdisciplinary Network on Sleep 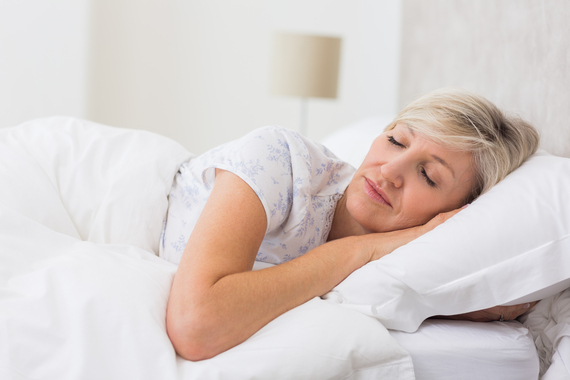 I am a doctor who specializes in sleep disorders.

Early on in my career, at the dawn of sleep medicine, I hadn't encountered the term "Post Traumatic Stress Disorder,"or PTSD. The term was not used in medicine until 1980.

Throughout my years of practice I have asked many questions, often finding the answers unexpected and, sometimes, so disturbing that I am temporarily speechless. One man, who came in with nightmare-related insomnia, told me he relived his experiences in Auschwitz 40 years earlier every night. His dreams gave me chills. Since then I have heard dozens and dozens of stories from patients who were reliving the psychological traumas that affected them and haunted their dreams.

PTSD is commonly thought of as something that affects soldiers once they return home from war. The public all too often only sees stories in the media of military veterans returning from overseas and doing terrible things, committing suicide, or developing other serious mental illnesses. The vast majority of these stories and images feature male soldiers, but women experience PTSD just as often.

A patient of mine, a woman with narcolepsy, a condition in which people are always sleepy, was being referred from hundreds of miles away for treatment of insomnia. Traveling several hundred miles for insomnia treatment was unusual, but then, her case was an unusual one. When I asked her to give an example of a situation in which she fell asleep when she shouldn't have. She told me with a flat, matter-of-fact voice that she had fallen asleep driving, crashing her car and killing her two-year-old daughter. Her insomnia was caused by constant nightmares of her daughter.

Since joining Yale University, I've given talks to campus groups, graduate students, law students, and faculty. After one workshop, a young woman who had not participated during the session came up to me to ask how she could receive treatment for her severe sleep problem. Tearful, she told me that she was afraid to sleep because she had a recurring dream about her rape.

Another woman in her late twenties had been deployed in Operation Enduring Freedom. She had severe insomnia and I could see from her medical record that she was being treated for PTSD. I initially assumed that her illness was caused by combat-related traumatic experiences. I was wrong. She told me her trauma, and the subject of her nightmares, was the rape she had suffered at the hands of her fellow soldiers.

PTSD can occur in people of all ages -- including in women. PTSD can occur after psychological trauma related to witnessing or being in a traumatic event. It can last for decades and can be totally disabling. PTSD sufferers may hide the symptoms from those around them. What is psychologically traumatic is much broader than the public realizes: the trauma does not have to be war-related or a natural calamity such as an earthquake or tsunami. It can be a personal event such as rape or sexual harassment. In this kind of PTSD, I have learned that there is almost always an awful, repetitive dream involved. Hearing about these dreams sometimes still leaves me temporarily speechless.

SWHR is dedicated to bringing together experts to study sex and gender differences in sleep and the state of women's sleep health. Click here to learn more about SWHR's Interdisciplinary Network on Sleep.

SWHR ® is a national non-profit dedicated to improving women’s health through science, advocacy, and education.