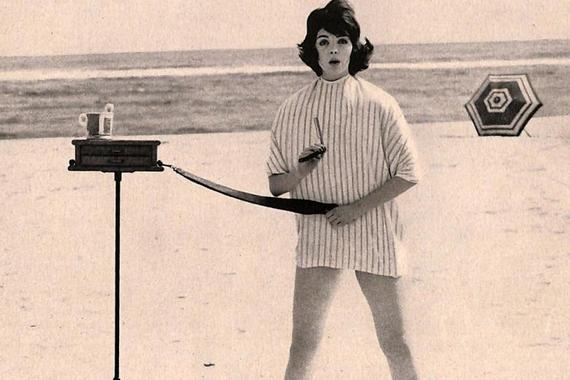 In this mostly (except for one hysterically non-correct presidential wannabe) politically correct world, abuse of any kind is considered unacceptable. An alert (and most likely having nothing better to do) reader has sent Life in the Boomer Lane an article about the latest form of abuse: pubic hair. Or, more specifically, how women injure themselves when ridding themselves of pubic hair. Or even more specifically, how pubic hair and its removal can be used as an explanation of both gender and racial inequality, as well as all the current evils of the world.

LBL, being of an age when most people came into adulthood with as much hair (pubic and otherwise) as they could muster, can attest to the hairless trend not being in fashion during the 60s and 70s. The only women who did shave were prostitutes (to show they were lice-free) and stars of x-rated films (to portray themselves as childlike and submissive). Real women kept themselves tidy but that was it. LBL's own daughter learned early on to shriek whenever LBL deigned to don a swimsuit with some unruliness poking out of the crotch area.

By the 90s, the hair-free look was popular, although Playboy didn't show its first hairless wonder until less than 10 years ago. Now, all Playboy models are hair-free, as are real women of all ages. What's interesting is that YouGov found that only 56 percent of women age 18-29 believe they should remove their pubic hair, but 72 percent of them do it anyway.

The result of all this lathering and scraping may be exciting for many in the privacy of the bedroom, but it's also the reason that more and more women are streaming into the ER with lacerations of their unmentionable parts.

According to Mona Chalabi (actual last name, not intended as a pun) in an article titled The Disturbing Truth About How We Treat Our Pubic Hair, "When you start to scratch at the reasons why women do this (and with ingrowing hairs, you will be scratching) the answer isn't pretty. We've been trained to hide the fact that we've gone through puberty. Being considered feminine is about remaining a girl -- not speaking too low, not being too tall, not being too shapely and of course not being too damn hairy."

Incendiary words, indeed, especially during this era of women's rights. If femininity means being childlike, masculinity means the opposite. Men are allowed to sprout hair all over the place and, in later life, usually do. What they may lose on their heads they more than make up for in their noses and ears.

Chalabi also believes that being hairless is a "white standard of beauty," difficult to attain for other ethnic groups. But that's the stuff of another post.

There's bright news ahead: For those of you out there who have been hacking away with razors all these years, at a certain point, aging is in your favor. LBL won't name the women she knows who have reached an age at which their pubic areas have become totally hair-free, but there are a lot. And, it's a shame. These women don't wear swimsuits anymore, but, if they did, they wouldn't have to worry about tidying up first, before putting the suit on. Their daughters would be so proud.