San Francisco-based social media startup Buffer just did something unprecedented: It published the salaries of every one of its employees online, available for the public to see. “We hope this might help other companies think about how to decide salaries, and will open us up to feedback from the community,” CEO Joel Gascoigne wrote in a blog post published on Thursday.

You can see for yourself, right here. Gascoigne makes $158,800 a year; COO Leo Widrich makes $146,800; CTO Sunil Sadasivan makes $137,600. The list goes on, and no one—not even those still in Buffer’s beginner “Bootcamp” period (in which employees are still technically freelancers) makes less than $70,000.

-- 2013 Was A Lost Year For Tech
-- Google Sincerely Thinks That Google+ Is The Future Of Google
-- What Management Consultants Might Say To The Pope
-- 2013: The Year In Heists And Capers

The move is part of Buffer’s more general strategy to ”default to transparency”—meaning making operations as transparent as possible. The startup, which helps users schedule social media updates, already publishes its revenue and user numbers every month. It even allows everyone at the company to have access to email exchanges among other employees.

But publishing employee salaries is just one part of wage transparency; the other is explaining how management calculates an employee’s worth. Buffer makes that public too. 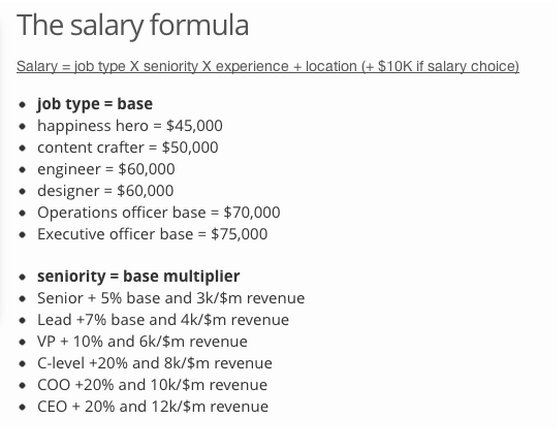 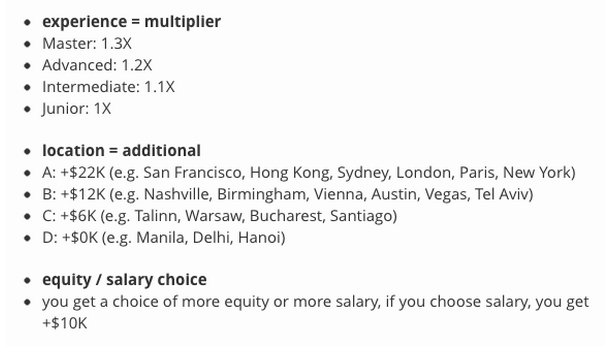 As you can see, there’s only one truly subjective variable: level of experience. That’s established through management’s discussions with each employee, as Gascoigne told 99U.

By creating a transparent formula and paying above market rate, Gasciogne says he hopes to promote long-term commitment from employees. “In Silicon Valley, there’s a culture of people jumping from one place to the next,” he told 99U. “That’s why we focus on culture. Doing it this way means we can grow just as fast—if not faster—than doing it the ‘normal’ cutthroat way.”

It’s unclear what, if any, benefit disclosing every employee’s salary to the public offers a budding startup like Buffer. Disclosing salaries within a company is one thing—it promotes openness and fairness, which is a good for morale—but disclosing every employee’s salary to the public is another thing entirely. If the move is more of a publicity stunt to round up some good will and incite chatter, then kudos to Buffer. That mission has been accomplished. 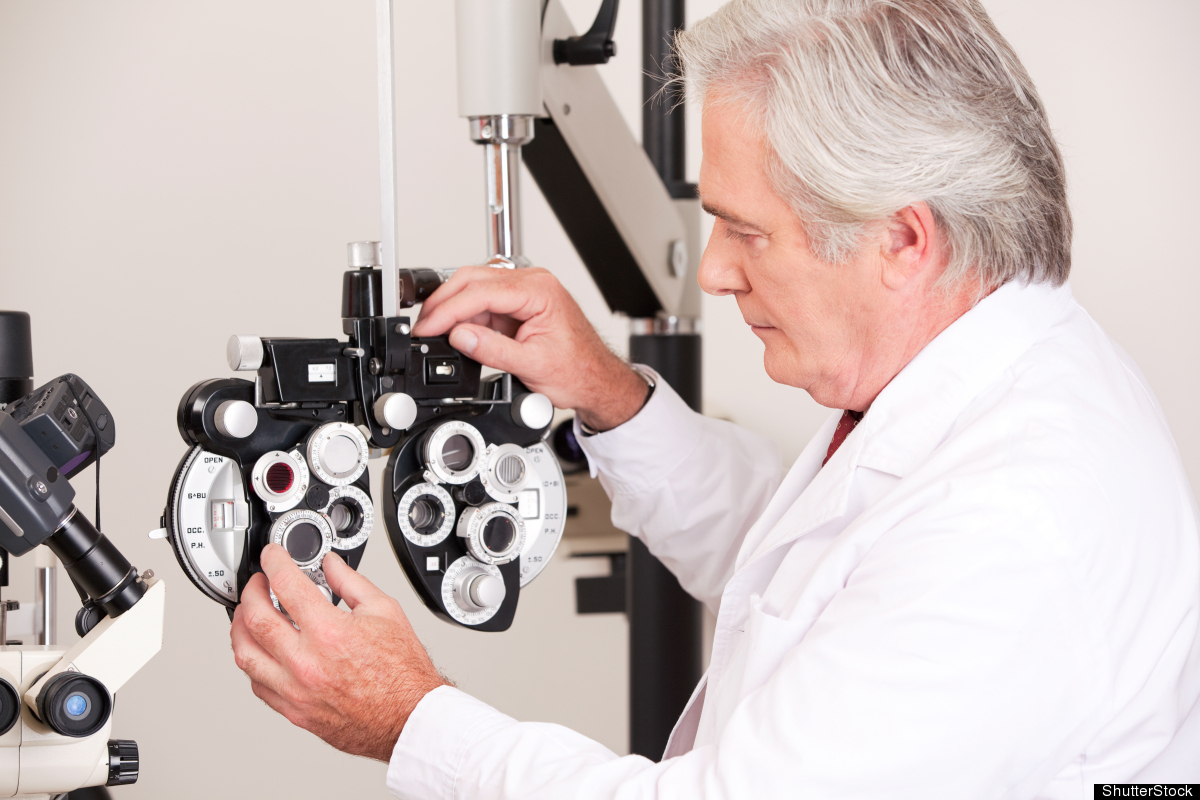 1 / 10
10. Optometrists
<strong>Percent increase:</strong> 33.1 percent <strong>Total new jobs (2010-2020):</strong> 11,300 <strong>Median income:</strong> $94,990 <strong>States with the most jobs per capita:</strong> Hawaii, North Dakota, Montana Optometrists specialize in the care of eyes and vision. Their responsibilities include diagnosing eye injuries and diseases, as well as prescribing glasses and contact lenses. In order to practice, they are required to have a Doctor of Optometry degree, presently awarded by just 20 accredited programs, and must be licensed by the National Boards in Optometry. Those who meet these qualifications are often extremely well-compensated: the top 10% of optometrists earned in excess of $166,400. With vision problems becoming more frequent as people grow older, the number of optometrists is expected to rise by 33.1% between 2010 and 2020. <a href="http://247wallst.com/2012/08/30/the-best-paying-jobs-of-the-future-2/#ixzz258VQKtNN" target="_hplink">Read more at 24/7 Wall St. </a>
ShutterStock