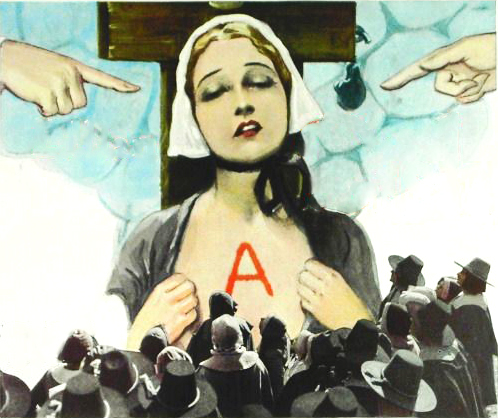 I must preface this by saying that I deny everything in this document and I wrote everything in it without my knowledge and in no way anything in here should be interpreted to mean anything offensive to anyone, living, dead, imaginary or existing in a different block of the multiverse, whether anyone is currently listening or not. I just want to get that out of the way. Because that's where the public discourse is going. Towards self-paralysis brought on by public shaming and willingly giving up freedoms to express in order to enforce the codes of the larger society.

On the other hand, this moment in time can be viewed as an evolutionary step for our society as it strives towards perfection. The ideal of pure fairness. Everyone will immediately pay for any misstep towards the majority viewpoint (because we of course know that our viewpoint is the most evolved ever -- something that surely never came up in the mind of any previous society). And for this to make sense we must believe in and enforce the idea of some kind of evolution, a steady build up of changes that feels like progress. Progress is optimistic. Going towards something better than there was before. A cyborgian democratic utopia or the image of God, depending on who is talking.

This group shaming impulse reminds of many other times in history, so let's just pick the days of the "Scarlet Letter", when puritanical society shamed those who stepped out on the accepted social contract. We like to hear that story as an illustration of the mental and social limitations of a more "primitive" society. Surely, our modern society is not at all similar. We know exactly how everything should be!

As we berate the latest outrage in sudden maelstroms of social media and television shaming, we ultimately nudge ourselves towards a situation where we will be constantly monitored and we will like it. We will have accepted it by then. Only a society where every thought and action is constantly monitored and judged can assure adherence to a standard. And these days, we are much better at creating such a society than folks back in the 1600s.

Not long ago, the Internet was simply allowing millions of people to express their frustrations both real and imagined, to live in hyperbolic states of anger while remaining anonymous. Now this anger can be directed. Time has come for our faces to be shown. We want the world to know we are mad at the speed of a swipe.

A society of instantly angry people with smartphones for appendages.

We may like to think we are evolving but we are exhibiting similar basic behavior to hundreds and thousands of years ago. So go ahead, tweet that first stone!