In my article last week, we took a look at Henry Clay Frick, and the Frick Collection. I consider him to be the grandfather of the modern private collector and private museum. But, what exactly is the difference between a private and public museum? 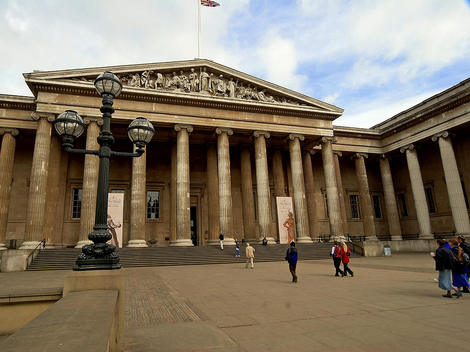 A public museum is defined as an institution with a permanent collection, governed by an elected or appointed board, founded by civically minded people, existing for the stewardship of its collection and the education of the public. Traditionally, when discussing a private museum, the term describes an institution such as the Museum of Fine Arts, Boston (MFA), a museum existing in a civic capacity based on public trust, whose operating budget and endowment were established without government support. Yet, the MFA is thought of as a public museum due to its civically minded charter. This traditional definition of the private museum is still needed to describe the funding status of this type of public museum. 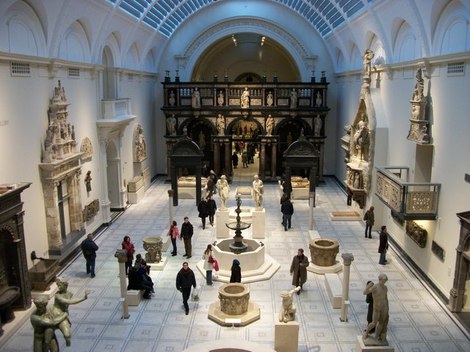 The complexity of the state of museums has also been described as the hybridization of the public and private museum. In the essay "Who Should Pay (for the Arts and Culture)? Who Should Decide? And What Difference Should it Make?" J. Mark Schuster, a MIT Professor and arts funding policy expert, discusses this hybridization. Schuster believes "we have fallen into the trap of characterizing arts organizations as either 'public' or 'private.' We have spoken of private museums and public museums as though it were clear which museums belonged in which category and what the implications of the characterization were"(85). He also advocates a directorial strategy that would emphasize the privateness of his museum for defense against an interventionist-funding agency, and emphasize its publicness for the justification of the expenditure of public resources on its programs (85). The most significant aspect of Schuster's argument is his insistence that no museum is either truly private or truly public. The single-donor museum, such as the Frick Collection, exemplifies the characteristics of this hybrid private/public museum. Schuster's perspective on the interpenetration of the public and private aspects of all museums seems to resonate deeply with the philosophies expressed by the private collectors noted here. 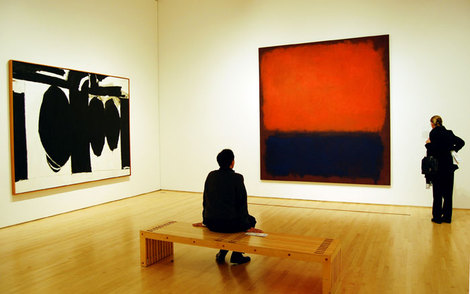 The collections studied in the subsequent articles are considered to be "high-profile" collections. The collections are all considered to be some of the best and most important assembled of the prospective art collected. These collections are not the norm. Collectors who are trying to imitate the collecting philosophies of private collectors like the major arts patron and collector Eli Broad are private collectors Glenn Fuhrman, a co-founder with Michael Dell of the investment firm MSD Capital; Adam Sender a young hedge fund manager; and Peter Brant, a publisher. This type of private collector, and type of single-donor museum is detrimental to public museums. These collectors do not share in the same philosophy of Eli Broad, and are a threat to the public enjoyment of art. These collectors do not have the same resources of Eli Broad, or the same dedication to an educational purpose. Eli Broad lends his art to museums and relinquishes curatorial control. However other donors who believe they are following in the footsteps of Eli Broad do not do the same. Instead these collectors are demanding and asking far more from museums then they are able to give. The main fear of the lending library is that museums will become nothing more than exhibition halls or as the Germans call them, "Kunsthalle -- literally 'art hall"(Storm). This type of private collector and collection is ultimately detrimental to public museums. It is important to note that the rise of the single-donor museum does not affect so much the encyclopedic museum as the contemporary art museum. This is due to the size, and type of art typically acquired in the single-donor museum.

Will the single-donor museum impoverish the public museum, or is the rise of the single-donor museum a thriving instance of the hybridization that will help to challenge the public mature museum, pushing the limits of creativity, and allowing for the in-depth exploration of specific areas of art? Stay tuned for next week as we dive into the relationship between Public Trust and Private Museums, where we'll look at how exactly public trust's work in relation to art museums.

Interested in learning more about investing in art? Find information about the artists and collections open for investment on the Arthena platform by clicking herehttp://www.arthena.com. You can read more articles by Arthena on our Huffington Post Page or on our blog.

Madelaine D'Angelo is the Founder and CEO of Arthena, the worlds first crowdfunding platform for Art Investment. Madelaine hold's her Masters from Harvard University and is a expert in Art + Tech.