The Internet is filled with outrage over the $250,000 advance from Simon and Schuster to alt-right writer Milo Yiannopolous for a book titled Dangerous.

The complaints seem to fall into two categories: his views are repellent and shouldn't be "supported" by a major publishing firm, and by giving him that much money, the publisher is depriving "more deserving authors" of money and publicity. Oh, and there's his harassment of Leslie Jones which should preclude any publisher from giving him a contract.

These criticisms show a complete lack of understanding of how publishing works.

My first book came out in 1990 and since then I've seen many books condemned for reasons like these when it all comes down to something very simple: publishers want to make money. It's not complicated. Publishing is not a moral business. 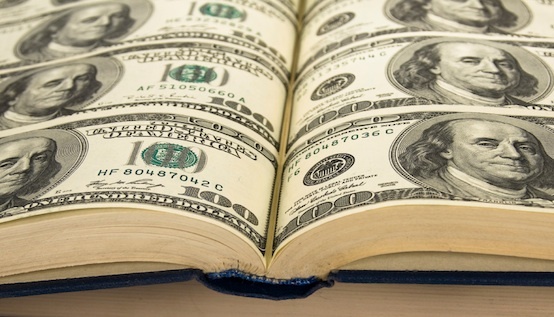 If Yiannopolous wasn't going to get that money, somebody else would, probably somebody controversial in some way who would generate headlines. It would never go to anyone "deserving" (aka less known).

I remember one publisher's dinner early in my career where a drunken publicist at a major trade house confided to me that she had strict instructions to focus her attention on less than a handful of stars on her list. That is, the best sellers or writers who were expected to top the lists. Everyone else got "no more than a week." I actually wasn't surprised. Even then, I had learned the bitter truth that midlist authors had to do their own publicity if they wanted to get noticed.

Throwing cash at a writer like Yiannopolous is a sound investment. His book is already #1 on Amazon, in part thanks to the outrage which has generated what every publisher craves: free publicity. Simon & Schuster's marketing and publicity departments couldn't be happier.

Lev Raphael is the author of 25 books in genres from memoir to mystery. He once briefly broke into the Amazon top 100. Or was it 1000? Something pretty exciting for a midlist author, anyway.
Download
Calling all HuffPost superfans!
Sign up for membership to become a founding member and help shape HuffPost's next chapter
Join HuffPost
Voting Made Easy
Register to vote and apply for an absentee ballot today
Register now