Rupert Murdoch and Jonathan Burnham, consider yourself warned. Playwright Donald Margulies has assumed the role of a publishing soothsayer, and what he predicts isn't pretty.

Margulies has been all but taking a midnight ride up and down Broadway's Shubert Alley on horseback, warning all in earshot, "The end of modern publishing is coming."

Apple's Steve Jobs might have dropped a gift from heaven into the laps of the media elite with the iPad, providing publishers of both news and books a new method of delivering their content to consumers, but if watching Margulies' two recent Broadway plays prove anything, it's that the method of delivery publishers should be worried about is the lack of words and unique voices. In the end, that will be the issue which ultimately brings publishing to its knees.

Earlier this season, Broadway's Manhattan Theatre Club staged Margulies' play Time Stands Still, a provocative look at the world of war correspondents and how the stresses of reporting on human suffering and carnage crippled some to the point of giving up the job or having a mental breakdown. It left the fear that without a nurturing publication and editor, a vital resource to the spread of information will ultimately vanish. When news aggregators and diminishing newspaper budgets result in fewer war correspondent positions, the idea of any publication being a "paper of record" becomes threatened. 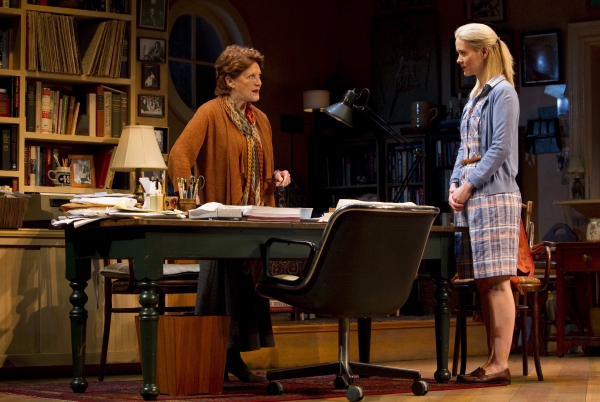 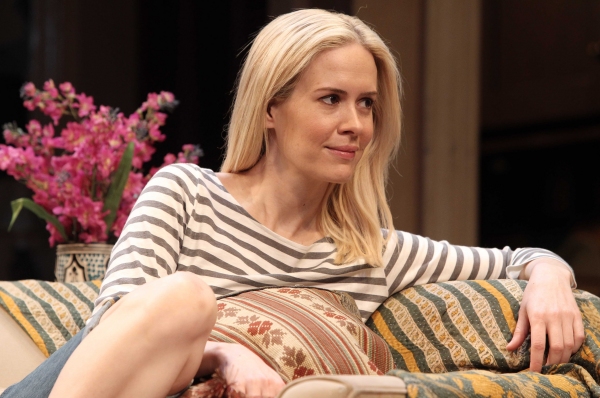 Now comes a lesson to the other side of the "words" game, book publishing, in the form of
Collected Stories
, the latest Margulies play to be staged by MTC at Broadway's Samuel J. Friedman Theatre. Words, and the emotional anguish that goes into creating them, are the central figures in this play, and like
Time Stands Still
, the future doesn't look good for publishers. However, this time, it isn't miniscule budgets, but a new crop of "instant gratification" writers that are playing the villain in this war.

Collected Stories focuses on two women, one a seasoned writer with a weighty reputation in the publishing world, and the other a young student with All About Eve intentions. The young writer latches on to her literary hero, ultimately using the mentor up in order to reach her own level of fame. Actress Sarah Paulson plays the seemingly wide-eyed innocent that pleads to work as an assistant to her literary professor, played by Linda Lavin.

It quickly becomes evident that Paulson's character is the kind of 20-something that is unwilling to earn notoriety by slaving away and putting in dues, rather she wants it with the least amount of effort required. Lavin's character remains skeptical of this youngster in her midst, holding back from getting personal until duped into doing so by the eager student. What transpires between the two is something straight out of the news and publishing world headlines -- stories from Lavin's character are stolen by her student and repackaged in a more salacious form.

With cease and desist orders targeted at sites aggregating news content online, as was recently the case between The Wrap and Newser, and so-called biographies raping the lives of well-known figures in order to sell books, similar to the newly published Oprah Winfrey book by Kitty Kelley, Collected Stories instantly becomes a relevant and timely social commentary.

"You appropriated my life," Lavin screams with a gut-wrenching howl at Paulson during a confrontation in the play -- the older author discovered that her personal history became fodder for the younger writer's new book. It is a moment one can imagine playing out in the halls of newspaper and publishing houses everywhere. When e-book retailers dictated prices to book publishers, it couldn't have been pretty in the morning meetings.

And when Sharon Waxman discovered Newser was supposedly lifting her site's content in order to drive up web traffic, the Hollywood news lady must have shot steam out of her ears, or at least that is how it will be depicted in HBO's new series Tilda. Isn't that right, Nikki Finke?

Publishing houses and newspaper dynasties should be cautious, because like Lavin's character in Collected Stories, they could quickly turn into the storied mentor that discovers their biggest fans have pilfered their own collected stories and risen to a level of notoriety without sweating a drop.

"Life is too short for the New Yorker," barks Lavin's character at one point in Collected Stories. Like the old media guard, she is blinded by her ancient ways and refuses to see that the work coming from her pupil is a sign of the changing tides. By casting aside any ideas of change, she is ultimately overthrown and made irrelevant.

If nothing else, Margulies has written two plays that act out the "what if" scenarios that publishers should seriously be thinking about, otherwise they could soon find themselves stuck behind a paywall that nobody wants to get access to, a lesson Variety has learned after seeing online page views drop more than 40% after charging for content.