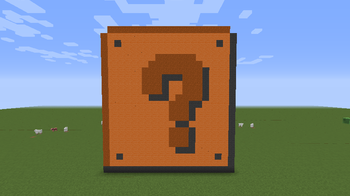 "Mystery-Block"
The raging battle over the introduction of platform-level "ad blocking" is really a fallout from an industry-wide shift from advertising towards analytics. Just as Silicon Valley has ushered in the dominant ways we communicate, consume, and interact with media, so shall it be for revenue and measurement.

For years, advertising on the World Wide Web has been in a state of turmoil. From Yahoo's once-mighty display advertising empire to Google's billion-dollar DoubleClick investment, the shell shock from Apple's iOS9 power play has been a long time coming.

What's really at stake here isn't just content. Or free speech. Or the revenue from advertising that allows a media industry to exist in the first place. Ad blocking software has been around for almost a decade. It's about the balance of power moving to a new realm. It's more an evolution than a death. Advertising's demise has been all but fated, but industry players like Google (i.e., DoubleClick) have worked to keep web advertising cryogenically suspended.

Helping publishers dig their own grave, ad companies created a toxic environment on the Web. For mobile phone users in particular, browsing became a loop of insanity, with advertisers frantically placing ads directly where the most important navigation elements are, storing dozens of files inside users' browser caches, and partnering with scores of ad "trackers," eating away at people's precious time, bandwidth, and battery life.

The purpose of this article isn't to rehash what's gone wrong. It's more about what's gone right. There's no shortage of fuel to throw on the ad-blocking fire. The Content Wars of 2015 will likely continue for years. The underlying issues are both ethical and financial, so the showdown between publishers and platforms may never be ironed out in terms of realistic business models.

And even though the battles have just begun, the war has already claimed casualties: the developer for "Peace," the #1 new ad-blocking app for Apple's iOS9, bowed out after one day on the market, stating that ad-blocking "just doesn't feel good."

🔑💳 Analytics Is The New Advertising

What's important is that journalists, tech insiders, and media organizations need to move the debate to where the discussion should really focus: analytics is the new advertising.

Companies like Facebook, Apple, and Snapchat have made a claim to the media throne because they hold a strategic competitive advantage. This advantage trumps any audience size, advertising model, or brand recognition--no matter how far-reaching, technological savvy, or compelling an organization's content might be.

The advantage Facebook, Apple, and Snapchat have in the First Content Wars is analytics power. In the game of publishing thrones this is a trump card, because advertising is about measurement. One of the Web's unique advantages has been measurability; specific actions by users can be quantified. This asset, determined by anything from "page views" to Total Reading Time has been both a blessing and a curse for for publishers. But once audiences are inside platforms like Facebook, it's problem solved. The environment, and even the code of these platforms, have been built around measurement. The Web model is dead; Apple's new TV abandons the idea of tracking "Webviews" entirely.

Once audiences are inside of apps, platforms control the flow of the Spice. The old spice recipe was page views and impressions. The new spice is analytics. Advertising is about sampling and demographics; analytics is about real-time data and actionable psychographics. It's about the ability of developers to collect precise geolocation data from users to understand not only what people eat for breakfast, but when, where, and who they eat it with. Not just where their target audiences work, but what time they leave work and what's on their mind as they leave the office.

Advertising is about influencing how people think; analytics is about quantifying what users think, and what they are doing when they aren't consuming media content. Like tracking the things people talk about online to exactly what they end up purchasing offline. Analytics is about quantifying personal networks to understand not just who people's friends are, but which people influence them on what topics.

For platforms like Facebook, content is a means to an end for analytics data, not the other way around. Advertising--as iconic as it might have been in the mass media days--unfortunately, is neither. Measurement has always been the core issue with online advertising. Analytics fills this void. For the publishing world, return on investment (ROI) will eventually give way to metrics like return on measurement (ROM).

Advancements in technology are irreversible, and by the end of the First Content Wars, analytics will be the new advertising.