PUERTO MORELOS, Mexico - It's hard to imagine that this poster child for a sleepy Mexican fishing village - wedged in between the country's mega-resorts at Cancun and the Riviera Maya - was once a boom town. But it was, back in the days when chicle farmers, shippers and sailors got together to do business in this ancient Maya port on the Caribbean.

The chicle (a resin used to make chewing gum) came from inland forests of sapodilla trees. Boiled and shaped into bricks, the goods were loaded on railroad platforms pulled by mules or horses over tracks through the jungle to the port, then shipped around the world. 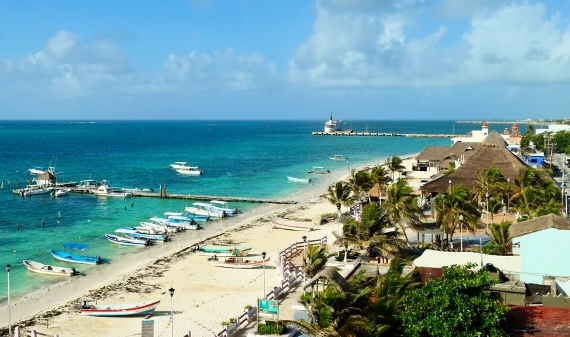 Laid-back Puerto Morelos is about 20 miles down the coast from Cancun. Photo by the Cancun CVB.

Why ship from here? Because Puerto Morelos is the only deep-water port (meaning it's accessible to large or heavy ships) in this neck of the sands. Originally used to ship locally grown mahogany, the port hit the big time in the 1920s when - after the demand for mahogany fizzled out - area planters instead began focusing on the growing world market for gum resin.

At one time, the port's streets were lined with warehouses full of the gummy stuff awaiting incoming ships. Then, in the mid-1900s, gum manufacturers started using a cheaper synthetic base for their product - taking the wind out of chicle sales, and the port's main business.

Fast-forward to today, and Puerto Morelos (named after a hero in Mexico's war for independence from Spain) probably looks much like it did before the world's chewing gum craze put it on the map.

Wander around the town for a while and you'll get a good taste of "the real Mexico." Chances are you'll meet some of the friendliest people on the planet going about their business, mostly in shops lining the town square. 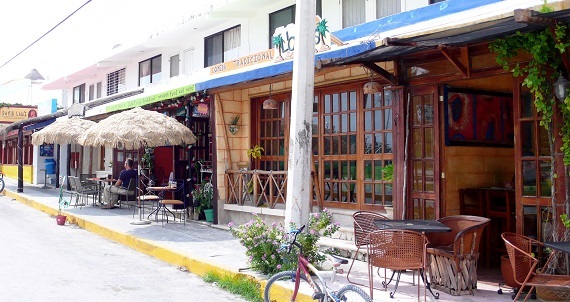 You can walk from one side of the village to the other in 15 or so minutes without spotting the likes of a McDonald's, Taco Bell or Pizza Hut. And you won't be bothered by vendors or timeshare salesmen. Down on the beach you can soak up the rays without being hassled by jewelry or blanket peddlers. 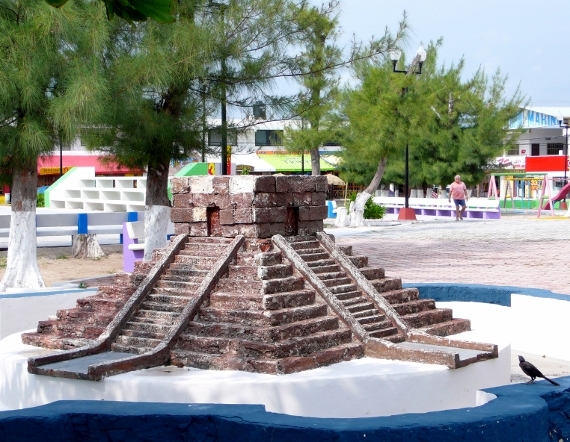 Mini pyramid is a big hit with youngsters. Photo by Bob Schulman.

Among the handful of tourists seen around town are snorkelers and scuba divers, lured here by the underwater delights of a closed-in section of the great Mesoamerican Barrier Reef. Awaiting visitors just a few minutes from the shore is a Darwinian wonderland of virginal stony corals - 65 species in all -- and a chance to swim with turtles, eagle rays, crabs, lobsters and about every kind of tropical fish you can think of.

The port's serenity is in stark contrast to the peppy scenes on its surrounding 80 miles of beaches starting at Cancun and running down the Riviera Maya to the ruins at Tulum. Along the way, the sands are dotted by 500 hotel-resorts, sprawling cities like Cancun City, Playa del Carmen and Tulum City, theme parks, block-long discos, shopping malls, zipline mazes and the like, together drawing over 8 million visitors a year.

So it's no wonder that word about Puerto Morelos' oasis of tranquility is getting out. For instance, a number of hotels were built in recent years on a few miles of beaches edging both sides of the town. (Officially, Puerto Morelos and its adjacent hotels anchor the southern end of Cancun.)

"The charm of the village was a big factor in drawing us here for our Grand Residences hotel project," said Mark Carney, marketing and sales director for Royal Resorts, Grand Residences' parent company. The luxury all-suite property, opened last December, has since been named the top resort among Puerto Morelos' hotels in the latest TripAdvisor ratings. Grand Residences now has 103 suites and plans to expand in phases to 278 suites over the next few years. 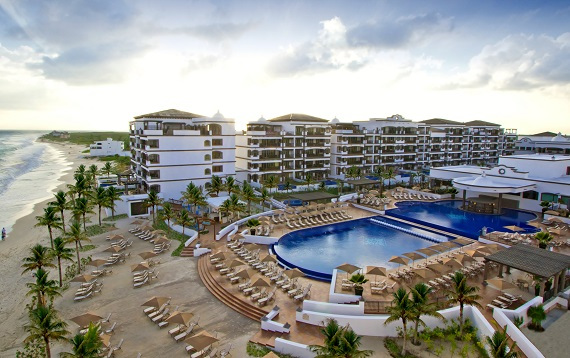 City officials and hoteliers pledge to preserve the village's old-world ambiance. For example, an association of local hotels is working with the city to spruce up its downtown area by planting more trees, painting worn out spots and adding benches and trash cans. In the hotel areas, all newcomers to Puerto Morelos must replace any trees or plants cleared out during construction, and only low-rise buildings are allowed.