Carmen Milagros Velez Vega and her partner have a 12-year-old daughter that Velez gave birth to—a child she considers "…our daughter. She is not my daughter." Yet, despite Velez's 25-year-long relationship, Puerto Rican courts refuse to allow her partner to legally adopt their child. Her partner is a woman.

Velez is a professor at the University of Puerto Rico, where the institution's health insurance covers the partners of LGBTQ employees and where she can safely display pictures of her nontraditional family on her desk. And, beyond of the university's progressive campus, the island has anti-discrimination laws that provide her and other gay Puerto Ricans recourse against harassment and hate crimes.

Velez is at the heart of the island's cultural clash over gay rights. As the territory's government increasingly—however slowly—institutes measures to help the gay community, the general population hasn't quite caught up. In January, former conservative governor Pedro Rosello voiced support of same sex marriage. Less than a month later in February, religious groups organized a march against gay rights attended by 200,000 "pro-family" demonstrators.

Religious influence extends beyond the island's general population to legislators fearful of losing votes, says Toledo-López. "There is of course a very active religious population in Puerto Rico and their first step is going to be to let [legislators] know that they're going to be very active in their churches, letting the members of their churches know that they should vote against these senators or representatives."

But some legislators in favor of equality for gay Puerto Ricans say they are willing to accept any political blowback that might come their way, “If there is any political consequence, it will be my cross to bear,” said Senator Nieves, who submitted a bill in January making it a crime to discriminate against people based on their gender or sexual orientation. “I’m very confident because I was the candidate for the senate in San Juan, our nation's capital, and we had very big support from the LGBT community.”

“We cannot live in fear,” says Pedro Julio Serrano, a spokesperson for the National Gay & Lesbian Task Force. “As a person who twice has had to deal with attempts against [my] life, I'm going back to Puerto Rico next year to live in my country,” says Serrano who travels back and forth between San Juan and New York City. “We need to rescue our Puerto Rico and say that this is our country too.” 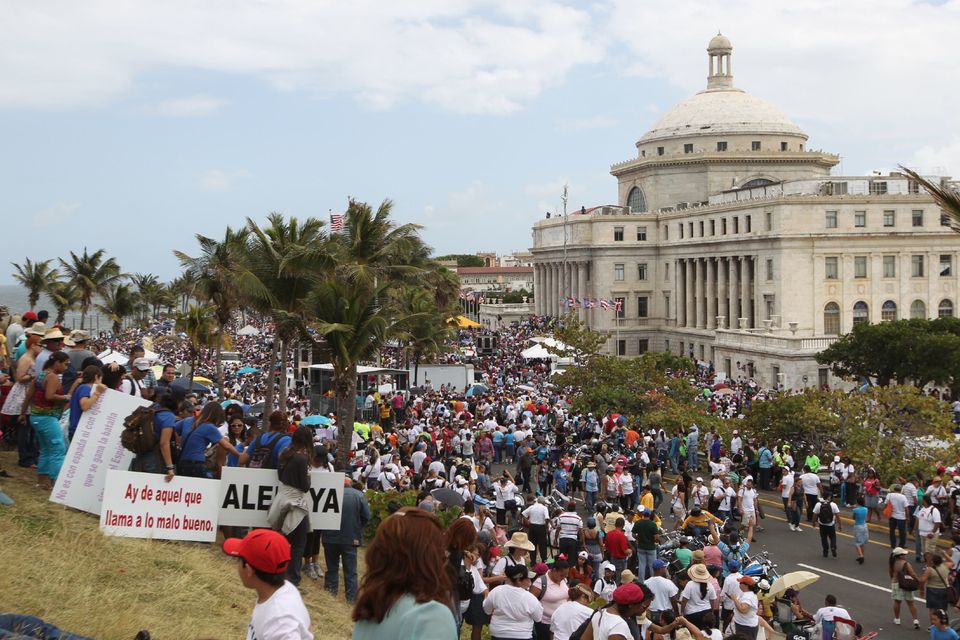