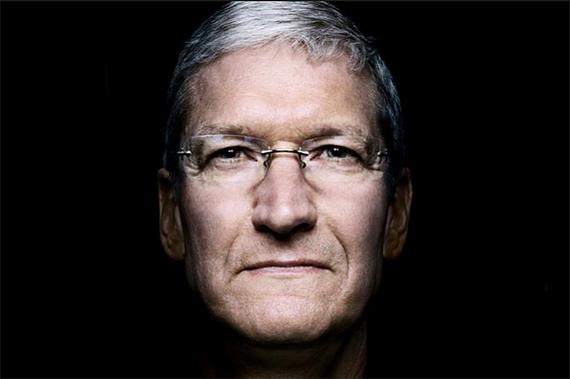 As Puerto Rico strives to emerge out of the darkest pits of recession, most of the chatter focuses on its apparent inability to foster economic development and repay its debt. Unfortunately, this crisis has overshadowed Puerto Rico's biggest competitive advantage: fiscal autonomy from the U.S and tax-haven status for a wide range of economic activities.

One of these activity-clusters is the mass-manufacturing of technology. And I believe Puerto Rico could soon turn into Silicon Valley 2.0.

So, here's an email I wrote to Apple CEO Tim Cook:

Even though the odds of you answering this email are zero to none, I will still do it because I'm an Apple user, and I honestly think that Apple could benefit from what I'm about to say.

Just like any other big company who has to mass-manufacture electronic products, using the supply-chain of China and the Asian Tigers has a huge competitive advantage. Disciplined workers, lower wages and top-notch products. No contest about that.

However, I also know that Apple wants to build computers in the United States. Well, turns out there's a little island called Puerto Rico, a territory of the United States where you get the best of both China and the U.S. -- cheaper labor and American jobs.

Puerto Rico has a highly-skilled workforce, particularly in the areas of engineering and science, boasting the largest higher education institution per capita rate in the world. Building stuff here is also cheaper than in the United States because the average wage of an experienced and well-trained engineer is about $60,000.00 a year. That's unthinkable in any other jurisdiction of the U.S.

But there's a particularity. Puerto Rico is a hidden gem, a tax-haven in the United States.

Because of our special relationship with the United States, we are granted more fiscal autonomy, while still retaining all the legal protections of the U.S Constitution. This is our competitive advantage and Puerto Rico has capitalized on it with corporate-friendly laws, attractive tax-incentives and a plethora of economic incentives for both foreign and domestic capital.

Take Act 73 for example. This local law secures a four percent fixed income tax for eligible corporations and a one percent income tax for pioneer industries. Eligible companies get a 90 percent exemption for personal income and real property taxes, up to 10 percent credit in industrial energy consumption and a 50 percent credit for qualified R&D expenses. Eligible business can be either industrial units dedicated to manufacturing on a commercial scale, service markets outside of Puerto Rico (including the United States) or businesses providing services to high economic impact clusters. These categories include trading companies, medical and hospital services, marketing centers, commercial art and graphic design services, merchandise distributions, consulting, corporate headquarters, assembling, packaging and bottling services, electronic processing, amongst others. Apple qualifies for Act 73 -- no question about that. I've already done the research.

For decades, pharmaceutical companies have taken advantage Puerto Rico's unique status to do chemical compounding and create medicine. Over the years, Puerto Rico has turned into a worldwide pharmaceutical hub that currently produces 16 of the top 20-selling drugs in the mainland U.S. Even Microsoft has a manufacturing plant in Humacao, a little town in southeast Puerto Rico. (Hope you don't mind...)

So I figured, shouldn't Apple manufacture its products in Puerto Rico? It will certainly allow Apple to create more jobs in the U.S., while still retaining the benefits of lower manufacturing costs.

And guess what? It is also a Latin-American country where Spanish and English are both official languages!

I know this email is a long shot, but Puerto Ricans do not believe in quitting and wasting opportunities. You have a huge one here and we would love to work with you.

Some of you may wonder why I sent an email to one of the busiest CEOs on the planet. Well, aside from the fact that Mr. Cook occasionally replies to emails from users, there is also sense of urgency in showcasing Puerto Rico to the world. Mauro Guillen, a management professor at Wharton and an expert in emerging markets, stated it quite simply: "...in a world where capital hopscotches freely from place to place, countries need to capitalize on their distinctive advantages."

And Puerto Rico certainly has plenty to offer.

*Adrian Brito is a Limited Member at Essèntium Group, LLC, a government relations, business development and media strategy firm, headquartered in San Juan, Puerto Rico. He holds a B.A in International Affairs from the George Washington University and currently attends the University of Puerto Rico School of Law. Adrian is also a writer for the University of Puerto Rico Law Review and has written extensively on drug policy reform, Latin American politics and economics.