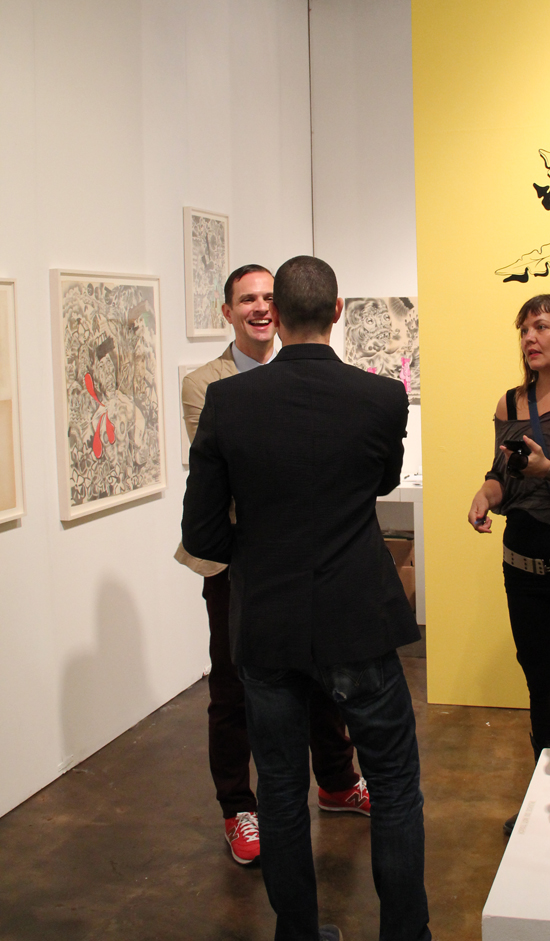 On the second day after arriving to Miami we wrote to the PULSE Art Fair to get a preview and compare our findings with the other festivals that we had visited. In Miami during these first few weeks of December, contemporary art is everywhere as are many bleary-eyed curators, artists, and art appreciators. At PULSE we were met with a receptive and welcoming invitation and we unexpectedly spent a large part of the day reveling in the discoveries and discussions with both gallery owners, artists and festival staff in what amounted to a refreshing look and experience with a festival that has taken its time to bring diversity and unique experiences to the thousands of crowds looking to receive some creative insights and inspirations.

We were taken on a personal tour of the PULSE Art Fair, Miami 2012 with the festival's director Cornell DeWitt. A youthful and well-informed director, he shared his passion and enthusiasm for the artists and galleries exhibiting this year during the time he spent with us. We asked him about the highlights of PULSE as well as some insights of what makes this art fair one that is not to be overlooked amongst the 27 others that have descended on Miami during these first weeks of December. What stood out was how the diversity and quality, the festival landscape and layout, and programming of Pulse Special Projects and the Pulse Prize has kept this festival one that is well recognized and established.

Every year the PULSE PRIZE is awarded to an artist exhibited in the IMPULSE section of the fair by a selection committee. The finalists are announced on Thursday afternoon and the winner is announced on Friday. The IMPULSE section features new artists and galleries, and often the PULSE prize winner will garner attention of curators and the galleries showcasing the winner will graduate into the main section of the fair in years to come. 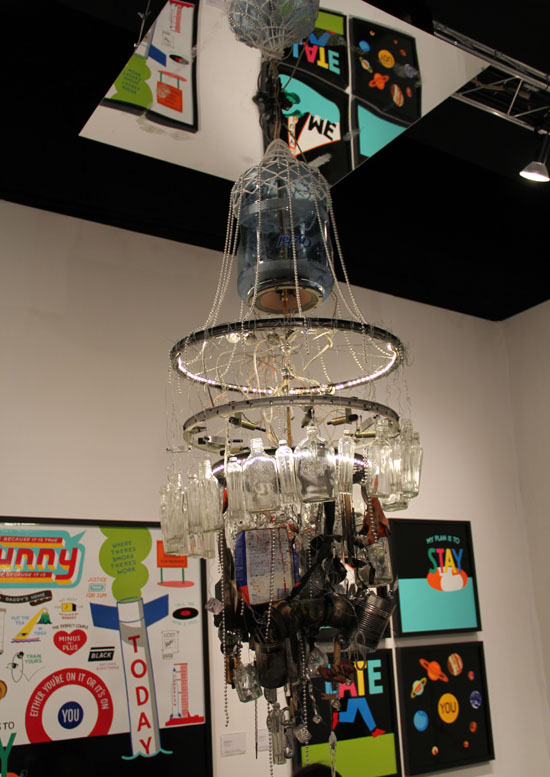 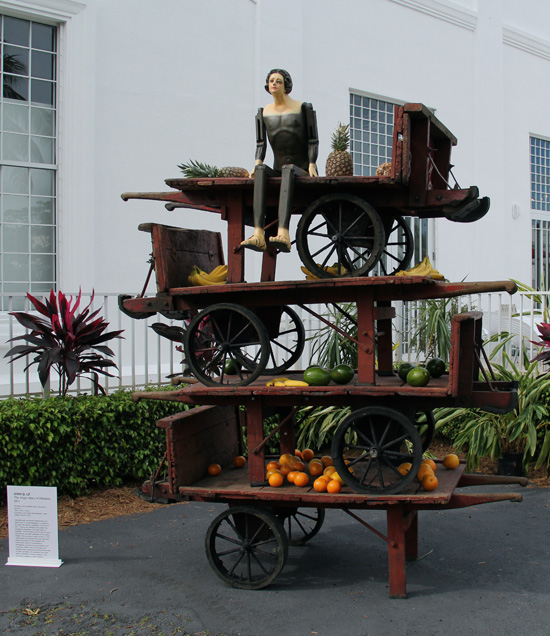 Another unique feature of PULSE is the Pulse Projects section of the fair. This year 16 artists and projects are being exhibited both inside and in the outdoor courtyard of the fair.

We have two ends of the spectrum with the critical and curatorial and more popular independent artists. The gallery committee is from all over, we have one from NY, one from Los Angeles and two from Europe, one from Germany and one from Spain. They are our eyes and ears all over the world. Once all of the galleries have been selected, they are encouraged to submit and propose special projects. They have the opportunity to propose a special project or video program. We select work that fits within the context and different properties available in the festival. What is great is that we have a lot of outdoor space that can be allocated to this aspect of the festival. This fair offers an opportunity to enjoy the outdoor environment and indoor environment in a layout that is fairly easy to navigate. You can pop outside, get a bite to eat, a drink and come back in refreshed to look at the art.

The first satellite fairs that opened up in Miami were very young fairs. The collectors wanted something that was more mature, more professional and establish a place where the work could grow. Now we have more then half a dozen ADAA galleries in PULSE. They wanted a place where established galleries and artists could exhibit that was separate from Basel. We are definitely one of the more established satellite fairs during this art week in Miami.


Some of the artwork that Cornell DeWitt drew our attention to at PULSE included some of the PULSE Projects, and special features such as the artist Maria Lai shown at the Nuova Galleria Morone in the main gallery room. Her work has used inspiration from her native land to create a new world, an infinity of images and shapes that have made famous far beyond her birthplace and have consolidated her links with her origins. DeWitt said, "Maria Lai is in her 90's and very well known. Joan Jonas meets Louise Bourgeois. They [Nuova Galleria Morone] have a number of works of hers that are just stunning." Maria Lai was born in 1919 in Ulassai and this exhibition the Italian-based gallery showcases the last work that she created before being bedridden in these later years of her life. 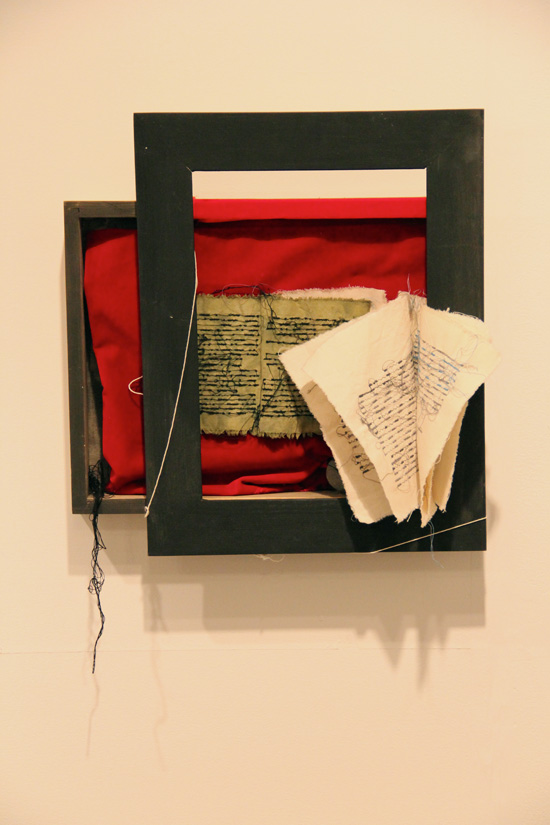 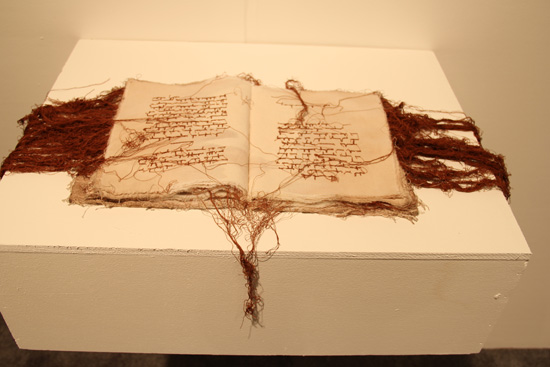 Another project that we were pointed to was Jenna Spevack's PULSE Project entitled "Seeding the City."

DeWitt notes, "Jenna's work is about getting into the local community. She was finding ways to redo this project in Miami, and in doing so she found these urban gardens across the city and began working in the poor communities to start growing food. This is an ongoing project of hers." 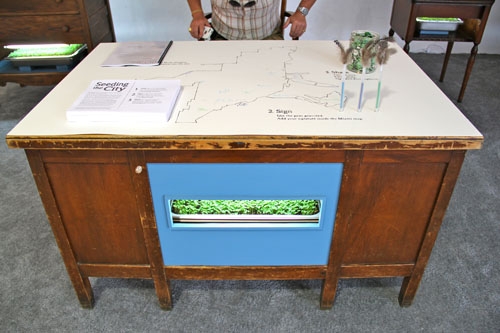 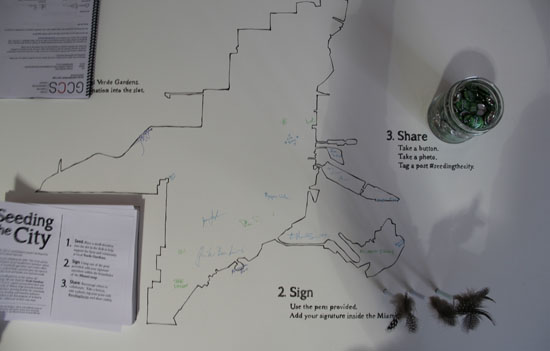 "This is the most recent work that I was planning last year with Sabrina who I've known since I was 16 years old and who has been a very monumental and influential person in my development. We made this film together, just the two of us with a Bolex camera. Sabrina is in her 70's so we were using the technology of her era. We recorded it and put it together as an experimental auto ethnography work."

Luis De Jesus called Cornell DeWitt while he was traveling in Europe to enthusiastically suggest that this piece be included in the Special Project section of PULSE after seeing it. Luis is in his first year on the PULSE selection committee and his participation has been -- in the words of Cornell -- "a phenomenal addition to the fair." Cornell had seen Zackary's work previously, so when Louis made the suggestion he became very interested. 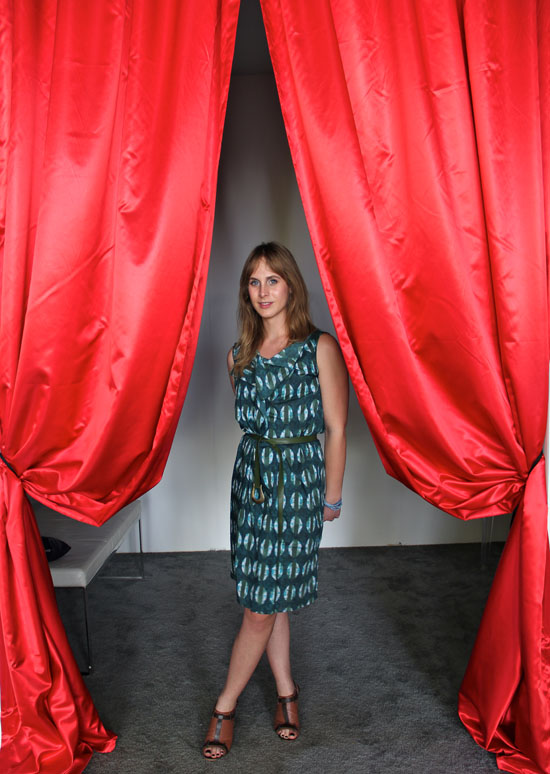 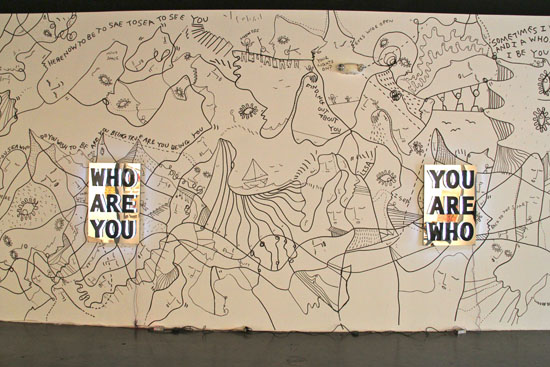 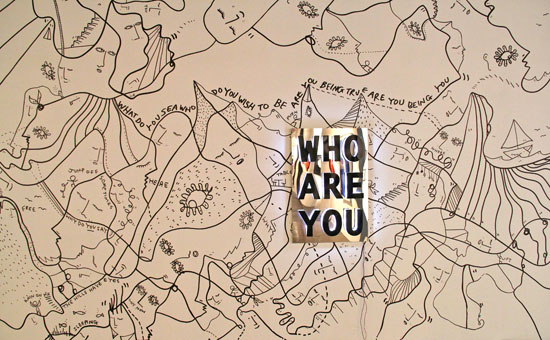