It’s been two years since a gunman opened fire at Pulse nightclub and killed 49 LGBTQ people and allies in one of the deadliest mass shootings in modern America history.

Today, the many, intersecting communities affected by the massacre in Orlando, Florida, are still healing ― and finding a way to honor the memory of those whose lives were taken.

The onePulse Foundation last month unveiled an interim memorial dedicated to the 49 victims of the Pulse nightclub shooting, with plans for a permanent museum and memorial in the works.

The previous site, she said, “wasn’t respectful. It wasn’t dignified. It did not give our victims a dignified resting space. Although that’s not where they’re resting, it’s their sacred ground and it just ... they weren’t represented there well. Neither were our survivors. It just wasn’t a place people could come and have an experience and people were coming so many hundreds by the day.”

The Pulse interim memorial was the result of a task force. The design for the site’s permanent memorial will begin in the near future.

Poma also reflected on the high-profile murder of Matthew Shepard in 1998, which led to the passage of the Matthew Shepard and James Byrd Jr. Hate Crimes Prevention Act. She recently traveled to Laramie, Wyoming, where Shephard was tied to a fence and left to die by his attackers, and she was struck by the absence of a memorial where visitors could honor Shepard’s memory.

“That fence was on private property and the owner had gotten real tired of people stopping by and so he just took the fence down,” Poma explained. The only place where there seemed to be much of a space to reflect on Shepard and what happened in 1998 was a bench on the University of Wyoming campus, where Shepard was a student.

“If Matthew’s death, which spurred our only hate crime legislation ― how did this happen?” said Poma of the lack of a memorial. “How did they erase this? How did this town erase this?

OnePULSE Foundation will host its Annual Remembrance Ceremony on Tuesday night at the interm Pulse memorial in Orlando. It is open to the public and will feature an hourlong program dedicated to the 49 victims, their families, survivors and the Orlando community at large. 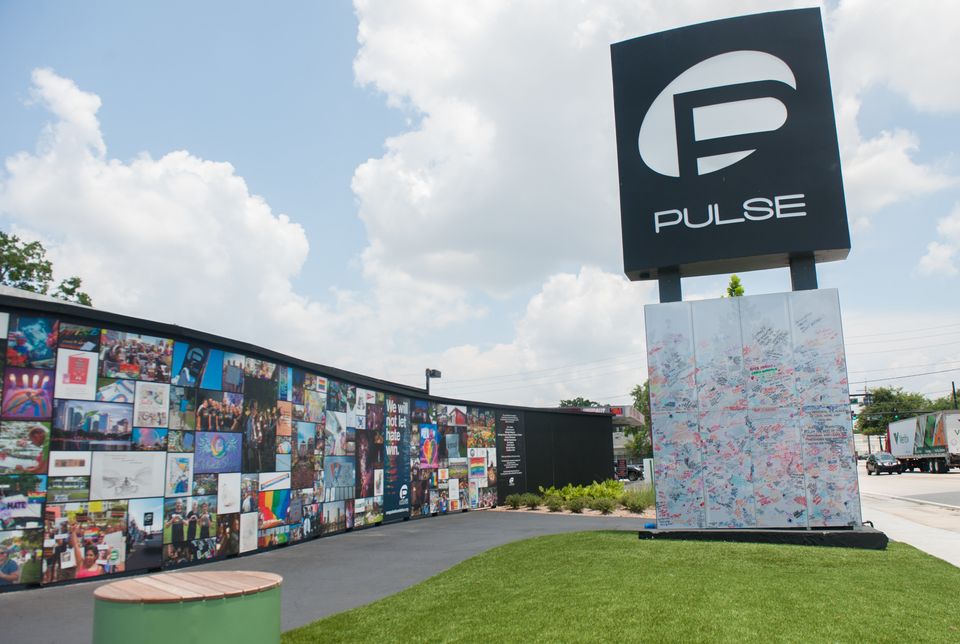 1 / 14
The bottom of the Pulse sign is open for visitors to leave messages.&nbsp;
Chris McGonigal/HuffPost