Pulse. Not a name picked for the fun beats of a dance club. Named for owner Barbara Poma's brother, John, his love of life, and his heartbeat. John wasn't lucky enough to survive the AIDs epidemic and passed away in 1991.

Unfortunately this past weekend, another tragedy left its scars and 49 lights were extinguished. What started as "shots fired" quickly exploded into the worst mass killing in our nation's history.

I haven't been to Orlando since a school trip to Disney World. But I can imagine the scene at Pulse clearly. I spent much of my vacation time in Miami with my good Cuban-American friend and we made it to Azúcar, a gay club for the Hispanic community a few hours south of Pulse. Here in D.C., I've been out to our Latin@ events many times throughout the city. After the attack, I saw tragic personal posts in my feed from friends who knew the lovely couple Drew and Juan. Another friend knew Jerry.

Most importantly, we need to support the families and survivors who remain. Please consider donating here.

We cannot forget the beautiful faces that were taken from us, before their time. We must honor their memory.

The Pulse tragedy happened in the shadow of another gruesome act, just a few miles away. Christina Grimmie, a 22-year-old singer, was shot to death signing autographs for fans in Orlando.

The day after the attack at Pulse, a man was apprehended on his way to wreak more havoc at LA Pride.

If this series of horrifying acts isn't the wake up call we need, I don't know what is.

As we kicked off our celebration of D.C.'s Capital Pride celebration that same morning, we were nervous about possible safety concerns. But we couldn't back down. In the words of Bernie Delia, who is the President of the Board of the Capital Pride Alliance:

"Equality and acceptance trump hatred and division. We are not going back."

We had to celebrate to honor the memories of those whose lives were tragically lost and give hope to those who survived.

The killer claimed allegiance to terrorists. But this "allegiance" was a mask. A transparent covering that so many are forced to carry around daily.

He appeared to be uncomfortable with a truth lurking underneath. A love he couldn't explore or accept, because of the hate he carried around with him, bottled up.

He is not alone. When there is hate, and individuals are not free to express themselves, they must hide. In every community. Every faith. Every town.

Pulse was a place where people came to let that covering down. To be themselves and show their love of life. This moment and place was tragically taken from many. We stand in solidarity with the victims and their families. But their legacy will not be forgotten. And it will not be defined by their killer.

This isn't a question of immigration or religion. This the worst example, to date, in a long line before it, showcasing why gun control and mental health need to be treated urgently in our communities and country.

It's shocking to many that it is easier for a gay man to buy a gun, than it is for him to donate blood.

Unsurprisingly, the U.S. is a world leader in gun deaths. According to NPR, deaths per capita are worse in the U.S. than Palestine, Yemen, and Mozambique (which still has a Kalashnikov assault rifle on its flag). Support for gun control laws has tremendously in the last week, according to a new CNN poll.

In the post-Orlando (and San Bernandino, and Sandy Hook, and Columbine) world, we need to be vigilant to love and protect all those around us, from every faith, race, gender, and sexuality.

We can no longer let our parents, co-workers, friends, and school children be stolen by violence. We cannot let another life be claimed.

We need to celebrate our love and lives and empower those around us.

That's exactly what we did this weekend at Capital Pride in Washington D.C. More than 375,000 people came out to celebrate, despite the threat of terror.

Digital outreach was a powerful tool in our arsenal, from Giphy to Snapchat, and Instagram to Facebook Live.

Our headliner Meghan Trainor said "No" to terror, and yes to love:

Our elected members of Congress came out to combat hate:

I know assault rifles. I carried one in Iraq. They have no place on America's streets. #Orlando pic.twitter.com/ibKQE2PpqF

Bernie Delia, the Board President of the Capital Pride Alliance said it best, "We are not going back", to The New York Times through this Facebook Live post:

Pride in the Nation's Capital is this weekend. We’re backstage watching members of the Signature Theatre sing “We Are...

Posted by The New York Times Politics and Washington on Sunday, June 12, 2016

Supposedly, two men kissing started the hate that led to this tragedy. But in the face of hate, we can't stop. We won't stop. The team at Giphy helped showcase that for us:

We showed how we have pride every day of the year:

We shared our love, our fun, our pulses together on social media and beyond.

For the first time, allies from our Washington Capitals NHL team walked in the Pride parade, raising awareness in The Washington Post. 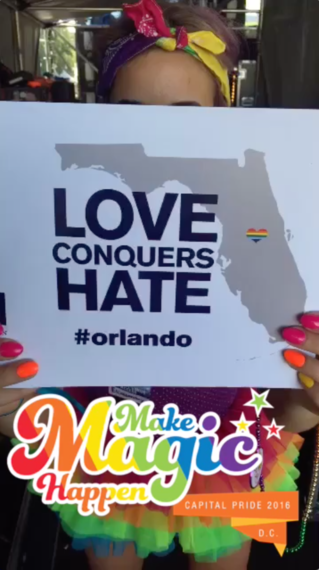 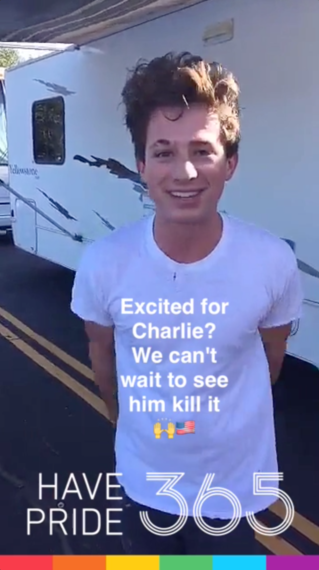 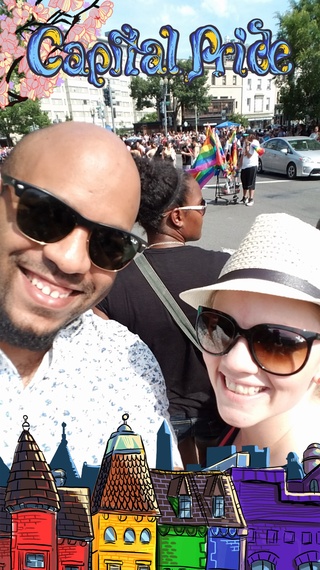 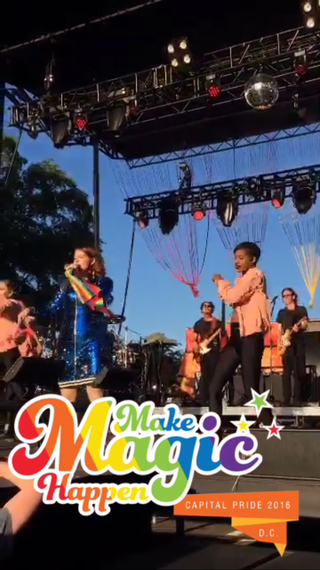 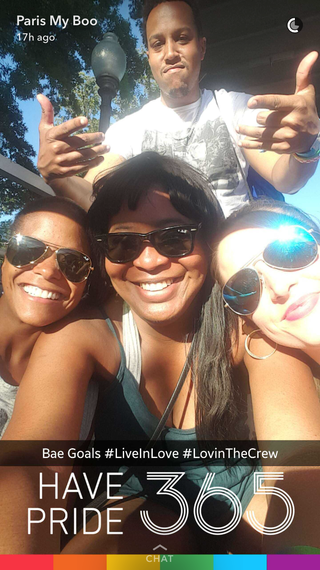 We were honored by the outpouring of love and support from our community. But celebrating love doesn't mean we minimize or forget our loss. We can't.

We need to mourn. We need to help the families and survivors who remain, and GoFundMe has provided a central platform to collect almost $6 million (and counting). If you haven't already, please donate and spread the word.

We also need to heal and join together to fight against those who seek to limit our lives and Constitutionally-protected freedom.

Now more than ever we need to stand together. We've made a great deal of progress, but there is so much more left to be made.

Our trans brothers and sisters, especially those of color, experience extreme violence and regular harassment. According to The New York Times, the LGBTQ community is more likely to be a victim of hate crimes than any other group. In addition, members of our community can be fired without cause in many states, simply for being who they are.

While we have secured marriage equality, we need all the allies we can get to fight the bigots that want to strip rights not only from us, but from everyone who doesn't agree with their limited world views.

We can't let others define the pulse of those who did not survive. We must be true to their spirit and love.

Their light will continue to guide us forward to a more inclusive society, where people, no matter where they come from, no matter who they love, can live in safety with liberty and pursue their true happiness.

In the immortal words of Celia Cruz:

Everything changes, even when you think it never will. We need to walk in the light of our brothers and sisters who can no longer walk beside us. Singing, dancing.

Citizens of our country and the world stand against violence, against hate, and for love.

We stand with Orlando, #OrlandoUnited.