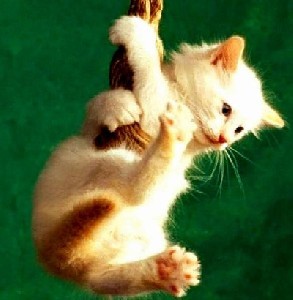 Ms. Dowd strikes again, but this time she takes aim at the rogue HRC supporters, adding a new element. These anti Obama zealots, according to Dowd, have also sworn off ever voting for a man. How predictable for Maureen Dowd to make this turn, given her own 1950s world view still hasn't made the turn to the 21st century. Nevertheless, it's yet another swipe at the determined who long ago turned ridiculous.

It is a truth universally acknowledged that Barack Obama must continue to grovel to Hillary Clinton's dead-enders, some of whom mutter darkly that they will not only not vote for him, they will never vote for a man again.


Obama met for an hour Tuesday with three dozen top Hillaryites at a hotel here, seeking their endorsement and beguiling their begrudging. He opened the session by saying that he knew there had been frustration about what they saw as sexism during the primary.

The Los Angeles Times reported that Hillary die-hards want to enshrine a whine in the Democratic platform about how the primaries "exposed pervasive gender bias in the media" and call on party leaders to take "immediate and public steps" to denounce any perceived bias in the future. That is one nutty idea. ...

No doubt the "dead-enders" phrase is going to make people mad. One of the first places it showed up was in a TNR headline. Because I was quoted in that article saying something completely different didn't matter. I got tagged with originating the slap, with insults and smears flying ever since she lost. So it's been for supporters in Clinton's reality based world who dared to do exactly what Clinton herself has done: support Barack Obama.

As one of the most ardent HRC supporters, which continues forward, though I now back Obama, all this hand wringing by former HRC supporters now turned anti Obama zealots, people who can't move on with grace, has now succeeded in nothing, except getting them a very bad name, while making themselves politically toxic, even to Hillary.

That these same people won't listen to reason isn't because it hasn't been offered and given in good faith. All that's needed for a new energy burst is a phrase or video to send them screaming outrage again. The denial they court is too seductive in an echo chamber that promises hope, but only delivers deceit by offering claims of something that will not come. Their political naiveté, turned to desperation, now brings only embarrassment since they're putting their own petty personal grievances before everything else, even Senator Clinton, while posturing that their anti-Obama zealotry is something it's not, which is obvious to see. They have also managed to take their cause and turn it into something that gets snorts of disrespect that resembles disgust from most Democrats, while Republicans smack their chops with anticipation, using them whenever the chance arises, which is whenever they're asked.

The other thing that's happened is that most of these rogue HRC supporters have become what they hated most. They are as bad or worse as the Obama supporters during the primaries who bombarded sites, especially this one, comment sections, hitting bloggers with vitriol and hate screed emails, including posts written by the unhinged comprised of such nonsensical gibberish that the vast majority of Democrats trying to turn the Republicans out have come to disrespect them completely.

Effectiveness dies when no one is listening and instead, what once might have been a mission has been made into a punch line or worse. A traffic driver at a time when summertime laziness slows everything down and people simply take advantage of the latest political train wreck in a season that stars Britney, Paris, and McCain campaign ads channeling Charlton Heston as Moses.