During her first trip away from her 7-month-old daughter, Hayley Picchini learned just how difficult air travel can be for breastfeeding mothers.

On her way to a business trip, the Austin mom was planning to pump during a layover at LAX. Upon landing in Los Angeles, Picchini says she was unable to find a private place with an outlet to pump. There was an icon for a "Mother's Room" on the airport signage, but she couldn't find it. A spokesperson for the airport later told The Huffington Post that the room in question was under construction.

Picchini entered a United lounge and requested help. But, she said she was turned away because the space was reserved for international travelers. "He followed by saying I was the third woman that morning to ask for the same kind of help for pumping needs," she said. The mom ultimately had to leave the airport without pumping and went over seven hours without having a way to express milk, causing discomfort and pain and putting her at risk for health issues like mastitis.

Pumping breast milk is particularly important to Picchini because her daughter has allergies that make formula feeding almost impossible.

Picchini was hoping for a smoother experience on her return trip, but says that wasn't the case. When she asked airport employees where to find the mother's room this time around, she received conflicting information and ultimately learned it was too far from her departure gate.

"I instead planned to pay $50 to use a different United lounge one terminal over from my gate and make do there," she said. When she arrived at the lounge, however, a female employee informed her that they were not selling day passes to the lounge at that time because of the construction.

Running out of time, Picchini tried to find a solution. "I said I would even pay the $50 and use only the restroom facilities, not even the club itself," she told HuffPost. The mom says that idea was initially rejected, but eventually she was allowed access to the lounge.

Unfortunately, there was no outlet in the bathroom, so the mom set up to pump in a hallway. Then, a male employee offered to find a more private space with an outlet. "He looked in the janitors closet, found a power outlet, and suggested I use the closet," she said. "At the time I was grateful for the privacy and thanked him for the help." 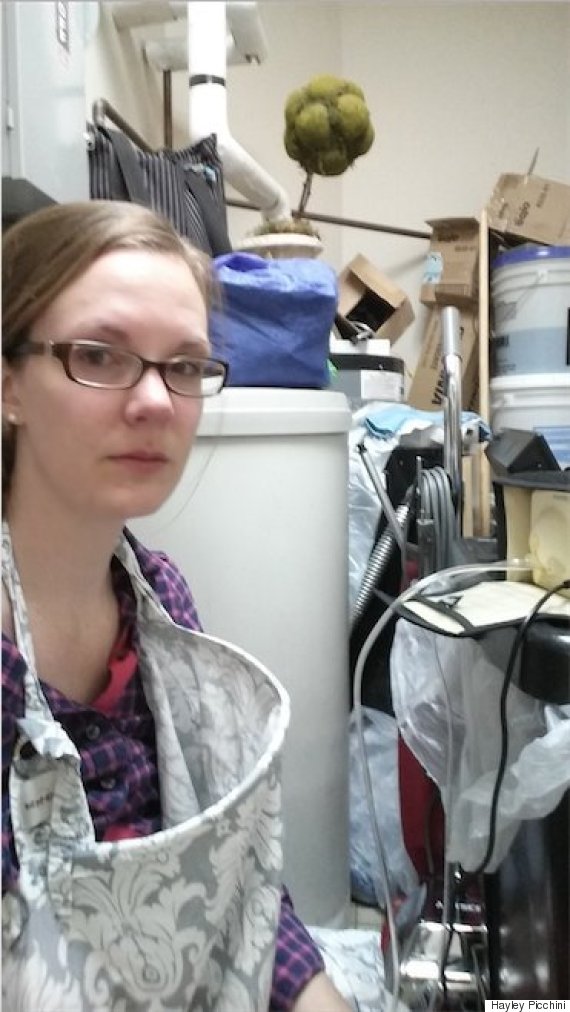 "It wasn't until I plugged in my pump that I realized how filthy the closet was and what a ridiculous situation I was in, pumping breast milk in a janitorial closet... for $50."

Picchini's experience trying to pump at the airport was eye-opening. "I was shocked at how difficult it was to manage with the poor accommodations by both the airport and the airlines," she said. The mom hopes that going public with her story will help prevent other nursing mothers from having to go through the same ordeal. 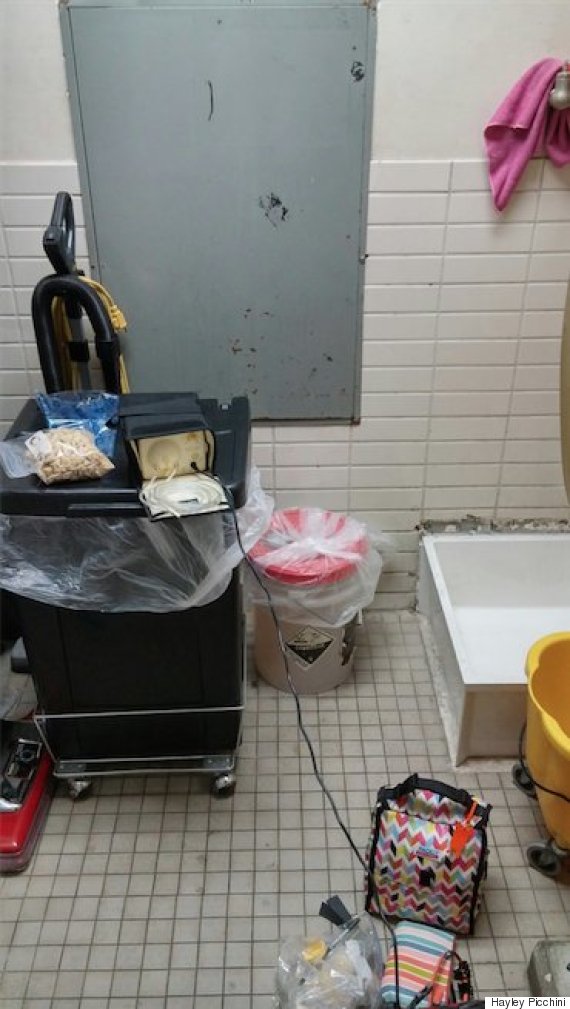 "My goal is to get as many of the major U.S. airports as possible to commit (at a minimum) a small amount of floor space... an outlet, and cleaning support in each terminal," she said, noting that she wants to help bring the right resources -- chairs, tables, and extension chords -- to airports everywhere.

Last year, California passed a law which gives airports until 2016 to provide lactation rooms with chairs, electric outlets and, in the case of newly constructed terminals, sinks for mothers to wash their breast pumps.

A representative for Los Angeles World Airports told The Huffington Post that the department is working to renovate or build "Mother's Rooms" in their terminals. "There are several major terminal renovations on-going with our tenants and airlines and we have partnered with them to deliver these facilities as quickly as possible. Most of the rooms are expected to be complete this year."

In the meantime, Picchini hopes she can help airports find solutions for moms in transit. "Accommodating these health related needs in airports where people cannot easily leave and address their personal concerns shouldn't be a second thought, just like restrooms, first aid centers, and pet relief areas aren't a second thought," she said.

Since sharing her story, Picchini says she received a $50 refund from United, and more importantly, countless notes of gratitude from other moms who experienced similar breastfeeding obstacles at airports.

More:
ParentsvoicesBreastfeeding
Newsletter Sign Up
Raise the kind of person you'd like to know
Subscribe to our parenting newsletter.
Successfully Subscribed!
Realness delivered to your inbox