Fall is in the air. Crisp, freshly fallen leaves. Sweaters. And pumpkin spice lattes, as far as the eye can see. Seriously, it seems like another chain begins selling its own version of Starbucks' cult drink everyday. 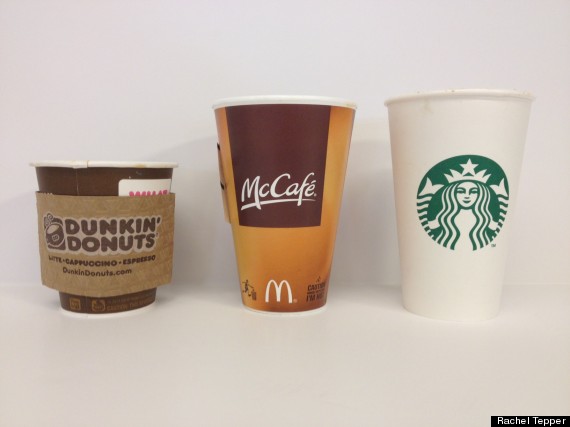 We noticed a few things right off the bat. First off, the drinks' colors vary wildly. Dunkin' Donuts' drink is a dark brown, but Starbucks' and McDonald's are violently orange. And Starbucks is the only chain of the three that offered to top its latte with whipped cream and cinnamon. 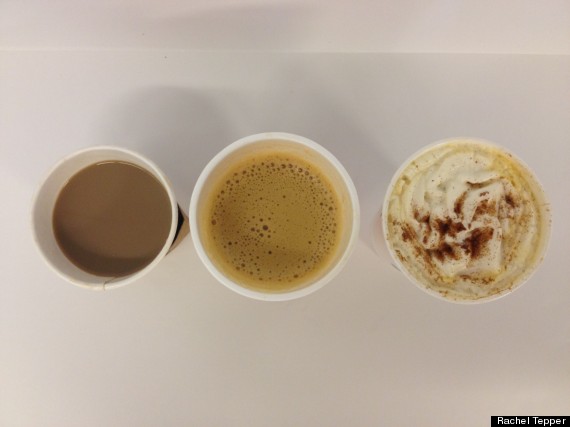 That whipped cream made a big difference, we decided. Starbucks' pumpkin spice latte was far and away the favorite of every HuffPost editor who sampled it. Its flavor was balanced -- not too sweet, but not too bitter -- and its texture was velvety from the melting whipped cream.

McDonald's version came in second. A very distance second. We discerned hints of pumpkin, but the drink was largely unsatisfying. HuffPost editors concluded it was a poorly executed copycat.

Dunkin' Donuts' pumpkin latte was the worst of the group. We couldn't taste any pumpkin, and the drink had an unpleasant bitterness to it. It also had a thin, gruel-like consistency that was completely off-putting. And although Dunkin' Donuts' online promotions suggest the drink comes topped with steamed milk and a drizzle of caramel, neither was to be had at the Manhattan location where ours was purchased.

Our conclusion? Stick with Starbucks. There's a reason people are so obsessed with the chain's pumpkin spice lattes: they're the best. (Even if its baristas don't know exactly what's in them.)