If buying a pumpkin, cutting it open and carving it into a jack o'lantern is too much work -- or if your best efforts are scary for all the wrong reasons -- then a California farmer has the pumpkin for you.

Pumpkinstein is already the perfect Halloween pumpkin because you don't have to do a thing to it. Each one is grown in a mold to take the shape of Frankenstein's head.

“People never believe it’s real the first time they see it; they all want to touch it to make sure,” Tony Dighera of Cinagro Farms in Fillmore, Calif., told The New York Times.

Dighera told the Tri-Valley Dispatch that it took four years and $500,000 to develop the technique and find the perfect pumpkin for the job.

“When you try something for four years of your life, people really start to think you’re wacko,” he told the Times.

What some people may find "wacko," however, is the price. Dighera is selling Pumpkinsteins for about $75 wholesale, with retailers marking them up to $100 and even $125.

For a pumpkin. A very cool pumpkin that looks like Frankenstein, but still a pumpkin.

At least it's organic.

Dighera is not finished with his pumpkin tinkering. He told the Los Angeles Daily News that next year, the pumpkins will be grown with eyeballs made of marbles. He's also developing a second type of pumpkin grown to look like a skull. 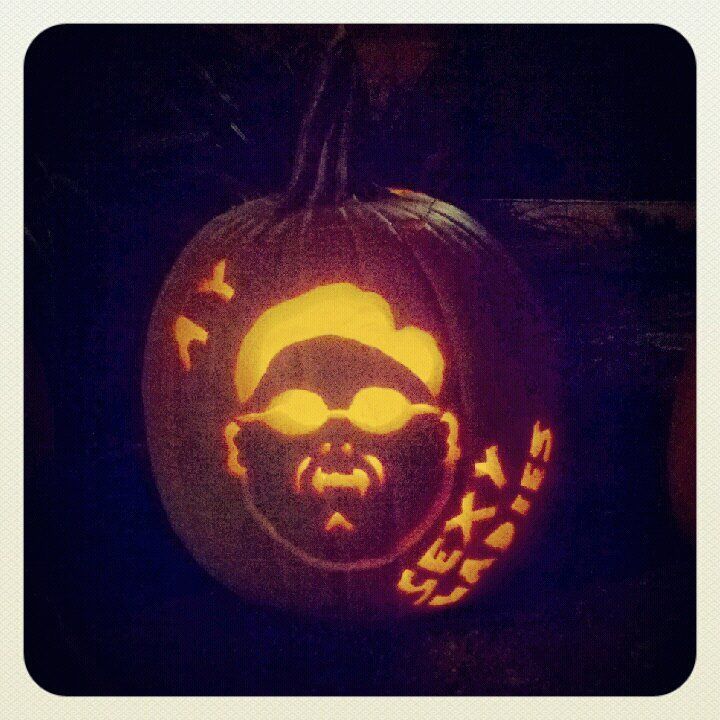