It's 1976, and eccentric (to put it mildly) billionaire Howard Hughes is on the move again. This time - after a decade of penthouse hopping between the likes of Hollywood, Las Vegas, London and Nicaragua -- his private jet is whisking him off from a ritzy hotel in the Bahamas to the pyramid-shaped Princess Hotel in the then-boonies outside Acapulco. He moves into a penthouse atop the hotel and isn't seen again for two months - until he's wheeled out of the Princess to a hospital jet for a hop to Houston. During the flight, the 70-year-old recluse dies of a plethora of real and imagined illnesses. Hughes, who stood over six feet, reportedly weighed 93 pounds at the time. 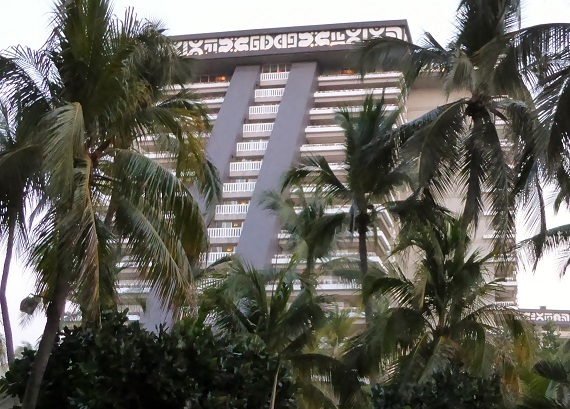 At one time the owner of companies such as Trans World Airlines, the RKO news and entertainment empire, Hughes Tool Company, Hollywood studios, aerospace giants and a number of hotels in Las Vegas along with many other holdings, Hughes created a global media circus when he moved into the Princess. The resultant publicity put the hotel on the map along with its next-door sister resort, the Pierre Marques, both now part of the luxury Fairmont Hotels & Resorts chain.

Fast-forward to today, and the two Fairmont hotels are among five upscale resort properties - all told with some 3,000 rooms - sharing five miles of beaches dotted by a whopping 50 condo towers, the latter with a total of 12,000 units looking out at the turquoise waters of the Pacific. Remarkably, most of the condos were built over the past five or so years along with shopping centers, restaurants, bars, and service businesses. Toss in a few championship golf courses, a Walmart, some discos, a Carlos'n Charlie's and a McDonald's here and there, and you've got the makings of a good size city. 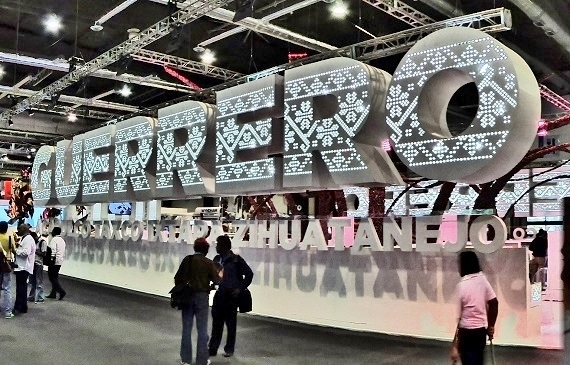 A particularly big draw to Punta Diamante (also called New Acapulco) is the area's new, state-of-the-art convention center. Looking much like an upside-down wedding cake, the immense center has exhibit space larger than four football fields. Conventioneers most recently moseyed around hundreds of booths at the 40th annual "Tianguis" travel trade show in which Mexico's states, resort areas, hotels, airlines and other travel suppliers showed off their latest attractions. Visiting the booths were close to 700 "buyers" (mostly travel wholesalers) from 65 countries who came to cut deals for bulk quantities of Mexico's travel products.

Meanwhile, a dozen miles up the beach in the Zona Rosa, Acapulco's main tourism zone, and beyond that in Old Acapulco - the original playland of the likes of Johnny Weissmuller, Frank Sinatra, Ava Gardner and John Wayne - officials are pouring tens of millions of dollars into tourism improvements. Projects range from a total facelift of the resort area lining the horseshoe-shaped bay to the debut of ACABus service between the traditional zones and Punta Diamante. 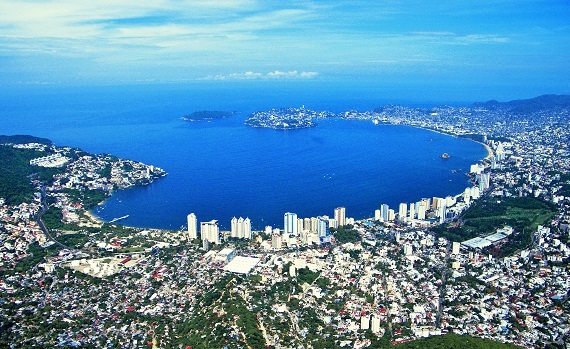 Acapulco's international airport anchors the southern end of the Diamante resort strip. It's about a 15-minute drive to the hotels and condos there -- in stark contrast to as much as an hour (depending on the traffic) over the mountains to the hotels around Acapulco Bay. And even longer to get to the hangouts of old-time movie stars in the Old Acapulco zone.

But the long drive to the latter spots is set to be dramatically shortened, thanks to a two-mile-long tunnel from Punta Diamante being cut through the mountains. When will it open? That depends on who you talk to. Some say later this year, others predict next year and even later. Workmen are said to be toiling around the clock on the tunnel, the upper end of which can be seen at the lower edge of the Zona Rosa.