The world’s most famous groundhog could also be a jailbird.

However, when spring came to Pennsylvania last week, it was accompanied by a storm that brought several inches of snow to parts of the Northeast on Wednesday and Thursday.

That was the straw that broke the camel’s back for Cpl. Scott Martin of the Monroe County Sheriff’s Office. Martin decided he was tired of a rodent pretending to be a meteorologist, so he created a wanted poster for Phil.

The crime that the Phil is accused of: deception.

Martin made the poster because he is sick of the snow, especially in spring.

“If [the public] sees him, give us a call, because we want to take him into custody,” Martin told local NBC affiliate WBRE-TV.

However, anyone who attempts to do that will have problems with the Jefferson County Sheriff’s Office, which has jurisdiction over the groundhog’s hometown of Punxsutawney.

Jefferson County Sheriff Carl Gotwald said his department will do whatever it takes to protect Phil from getting arrested.

“That’s not what we’re hoping for; that’s what we’re going to do, is make sure Phil has no trouble from anybody or any bounty hunters,” he told Inside Edition.

“It’s probably is a misunderstanding on their part, because Phil is the messenger. He does not actually create the weather,” Dereume told Inside Edition.

The Associated Press notes that records dating to 1887 show Phil and his predecessors have predicted more winter 103 times, but have forecast an early spring just 18 times. 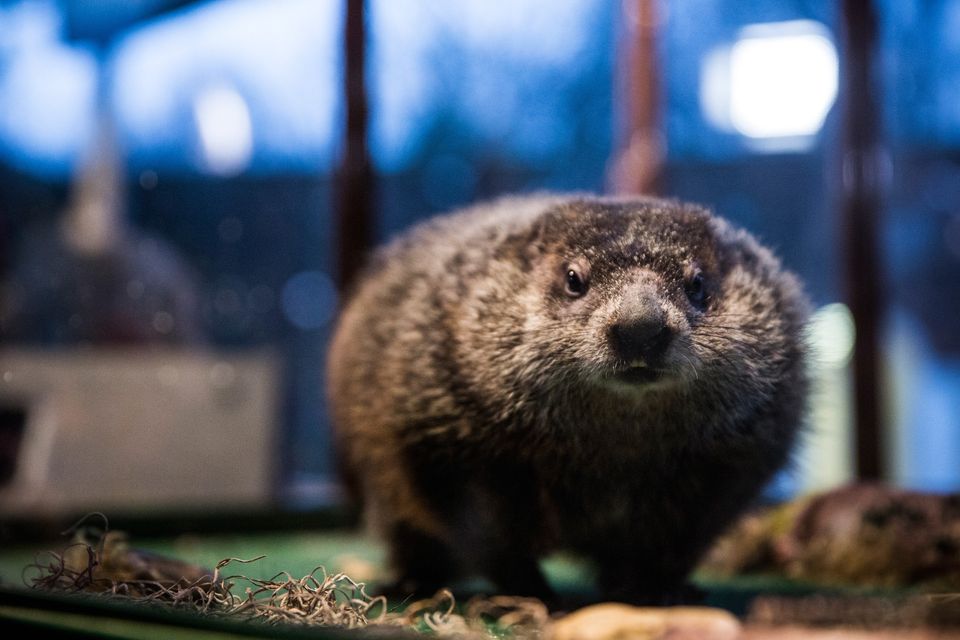 1 / 8
Because he's all swole now. He ain't afraid of no shadow.
Andrew Burton via Getty Images