A woman put a Chihuahua in a small Ziploc bag and held it up for the camera, in a sick attempt to show her Facebook friends how small the puppy is, police say.

Mary Snell, 44, and her son, Britton James Engel, 21, were arrested in Bernalillo County, N.M. Sunday after a tipster alerted police to the photo, CNN reports.

Engel allegedly took the photo of smiling Snell holding up the bag. Snell told police that she put the 8-week-old puppy, named Baby, in the bag, which was just big enough to completely envelop the pooch. She told reporters that she knew it was wrong, but she couldn't get the little guy to hold still any other way, according to KRQE. 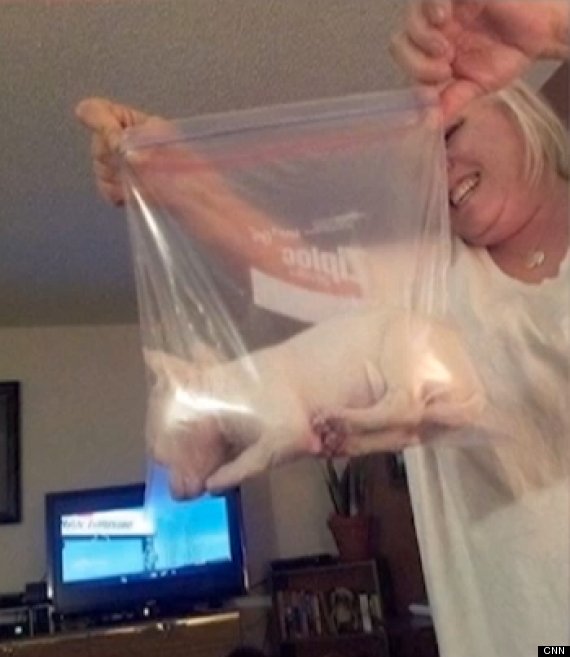 The stunt could have killed Baby.

Deputies said that the position the puppy was in -- with its face and nose pressed up against the sides of the bag -- would have been deprived of oxygen, according to KFOR.

Both Engel and Snell were charged with felony animal cruelty.

Baby is doing just fine and is living with another family member.

Mary Snell Put A Puppy In A Bag, Posted The Pic To Facebook: Police (PHOTO)
Animals In The News