It's easy to see why Tim and Jill McLarty chose to adopt Hunter: he's a sweet, calm and curious puppy. They didn't know, however, that he would end up saving their lives.

"I looked right at him and was like 'ah, look at the face' -- just fell in love with him," Tim McLarty said in the video above, created by MHS. "That was it, we were hooked. He was ours."

Last Wednesday, Jill woke up around midnight to hear Hunter whining, and she couldn't figure out why. Jill let him outside, but he just sat there and cried, continuing when he came back inside and sat on the kitchen floor. He didn't stop whining, even after she brought him back inside and into their bedroom. 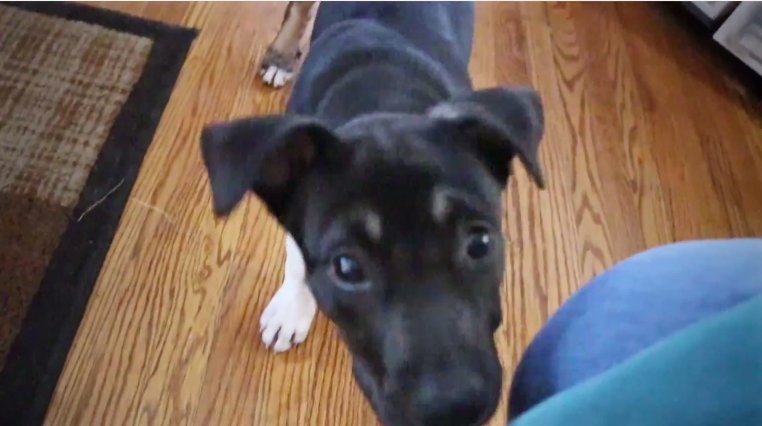 When she tried to cuddle with him, he bit her and she let go. Hunter then jumped off the bed, out of character for him, opened the door and started running in circles in the hallway. The persistent pup led Jill to the kitchen again, where he sat next to the stove. That's when she noticed that the burner was on with no flame, leaking gas for the six hours since they made dinner.

Jill and Tim turned off the burner, and eventually went to bed. Hunter fell fast asleep in minutes -- apparently, saving your owners can be exhausting for a puppy.

The McLartys' story is just one more reason why adopting a pet from a shelter might be the best decision you ever make.

"As cliché as it sounds, the life you save may save yours," said Tim. "He saved our lives. He's our hero."

The Most Amazing Dog Stories Of 2013