Purim is a spring holiday that commemorates the Jewish community's narrow escape from collective destruction in the ancient Persian Empire. The word itself, purim, comes from the Persian word for "lots" and is a reference to the fact that the date set for the Jews' annihilation was chosen by casting lots.

There are several major components of the Purim holiday, including public readings of the Book of Esther (k'riat megillah), giving charity to the poor (matanot la'evyonim) and delivering gifts to friends (mishloach manot). But Purim is most obviously characterized by a boisterous feast (se'udah) during which participants dress in costumes and drink to excess. Jews are instructed to revel until they cannot tell the difference between Mordecai and Haman. A fool's errand, it would seem.

In the Book of Esther, Mordecai and Haman are portrayed as the embodiments of good and evil, respectively. In the story, Haman, the right-hand man of the Persian king, feels personally insulted when Mordecai will not bow to him. Discovering that Mordecai is Jewish, he decides to punish the entire community, decreeing that all Jews will be killed. The king approves, and Mordecai declares a time of mourning and penitence for the Jews. Meanwhile, Esther, the wife of the king and the niece of Mordecai, asks all the Jews to fast with her for three days (this part of the story is honored every year on the eve of Purim and is known as the Fast of Esther). The king does not know that Esther is Jewish. The king also does not know that Mordecai has foiled an attempt on his life. At the end of the fast, Esther arranges a succession of feasts, inviting both Haman and the king. Esther reveals that she is Jewish and that Haman wishes to kill her and her people. The king decrees that Haman should be hanged instead, and Mordecai eventually takes Haman's place alongside the king.

During the reading of the Book of Esther, every mention of Haman's name is drowned out by festive noisemakers (called groggers), shouting, stamping and every manner of booing. Mordecai's name is cheered. But by night's end, the difference between Haman and Mordecai, between good and evil, becomes nonexistent. Participants wear masks to acknowledge that goodness, holiness and God are most often hidden. Illustrating this, the Book of Esther is the only book in the Jewish canon that does not mention God's name.

Purim falls every year on the 14th of Adar in the Jewish calendar, but this date varies on the Gregorian calendar. Like all Jewish holidays, Purim begins and ends at sundown. The following are the dates for Purim for the next couple years.

Take a look at these amazing Purim costumes:

PHOTO GALLERY
Dressed Up For Purim
Download
Calling all HuffPost superfans!
Sign up for membership to become a founding member and help shape HuffPost's next chapter
Join HuffPost

Purim 2014: Dates, History, And Traditions Of The Festive Jewish Celebration
Dressed Up For Purim 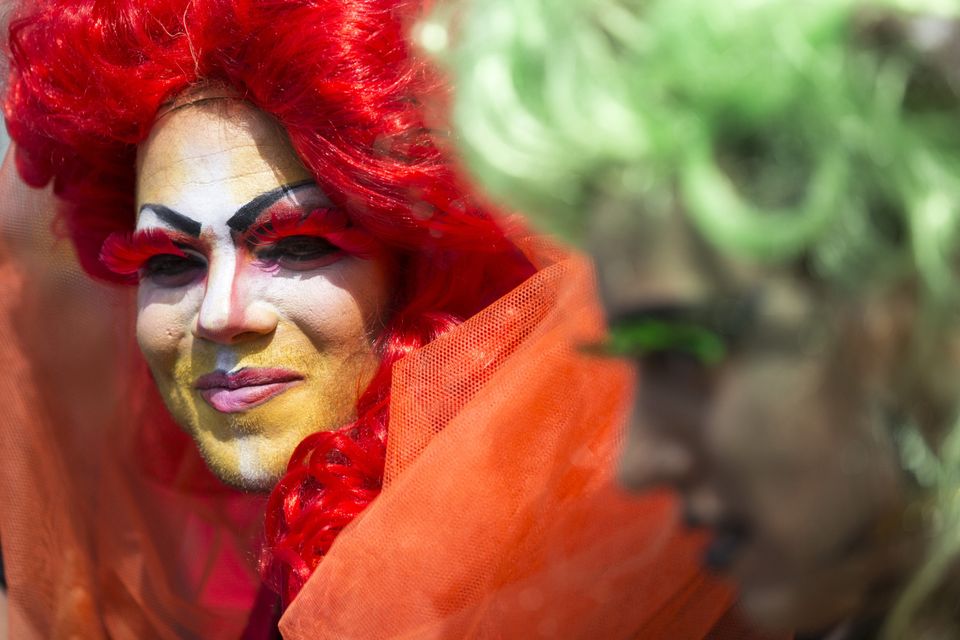