When venture capitalist Craig Lowther took his dog out of his Tynemouth, England, home at 11:30p.m. on Jan. 12, an unusual object in the late night sky caught his eye.

While videotaping the strange twinkling light, he couldn't imagine that a local scientist would later suggest that what he experienced had all the earmarks of one of the best-known celestial explanations of many UFOs.

"I always look up at the night sky when I go out because where I live, you get a great view of the stars," Lowther, 43, told ChronicleLive. "But when I looked up, I noticed what I thought was a plane traveling on an unusual flight path. It was an unusual color for a plane and it was not moving as you would expect a plane to move."

Lowther captured the bright object on the following video:

Lowther later reported that he used his camera's zoom to get a better look, "and what I saw surprised me."

"It appeared to be a dome with a bulge in the middle and it had pulsating lights on it," he said.

The following map shows the area around Tynemouth, England, where Lowther saw the unusual aerial object. 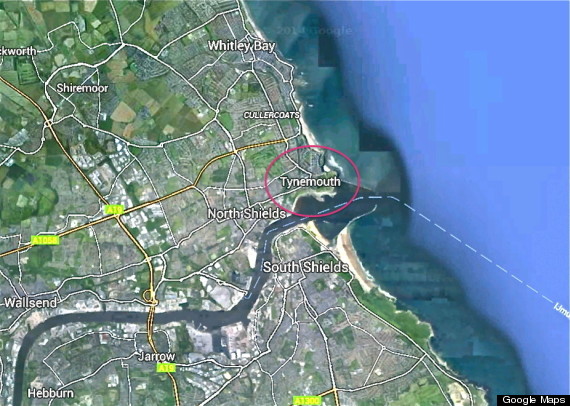 There's certainly one very bright object in the sky this month that's hard to miss and is often misinterpreted as a UFO. It's Sirius, also known as the Dog Star, from the constellation Canis Major (or Big Dog). Sirius is easy to spot because it happens to be the brightest star in the sky.

"The brightness, twinkling and color changes sometimes prompt first-time observers to report Sirius as a UFO," according to EarthSky. "But these changes have nothing to do with Sirius. Rather, they are what happens when such a bright star as Sirius shines through the blanket of Earth's atmosphere. The light from Sirius...passes through a long column of air before it reaches our eyes. Changes in density and temperature of this air affect the light and cause the flickering and shimmering we see when we gaze at this star." 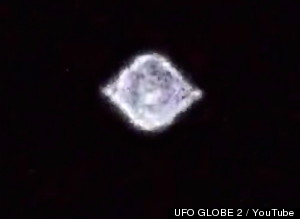 Alex O'Neil, an astrophysics Masters degree candidate at the U.K.'s University of Sheffield, agrees that Sirius is the likely solution of the Tynemouth UFO.

"[Sirius] appears to be twinkling or pulsating because when light passes through the atmosphere, it becomes distorted," O'Neil told ChronicleLive. "Viewing Sirius through a telescope can be very confusing because it appears to move and change color. It is all just a trick of the eye." 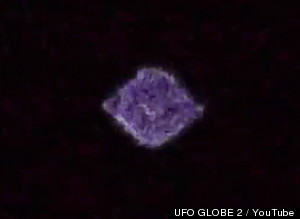 In his original report, Lowther said the object was definitely moving in different directions. "It seemed to me to be going south, then north, then it came back east and seemed to go west of my position. I had no clue what it was. I'd love to know if what I was seeing was a star or if there was an atmospheric anomaly."

"I am out at night a lot walking the dog, but this was like nothing I have ever seen before."