At first it seemed like the most Miami way to address a problem: Throw a party -- never mind traditional civic engagement to instigate actual change.

But the pop-up mock train station, called the Purple Line, did indeed generate awareness about Miami's lack of a real transit system.

And it did something remarkable: It made Miami's absence of real transit actually have a physical presence.

Our city is so far underserved by public transportation, especially when compared to most major cities.

Take a glance at the below graphic by Emerge Miami's Leah Weston, in which other metro areas have an intricate transit system that almost pulses like a human nervous system.

Then there's Miami's sad excuse for a transit map that looks like the half-finished doodles of a preschooler: 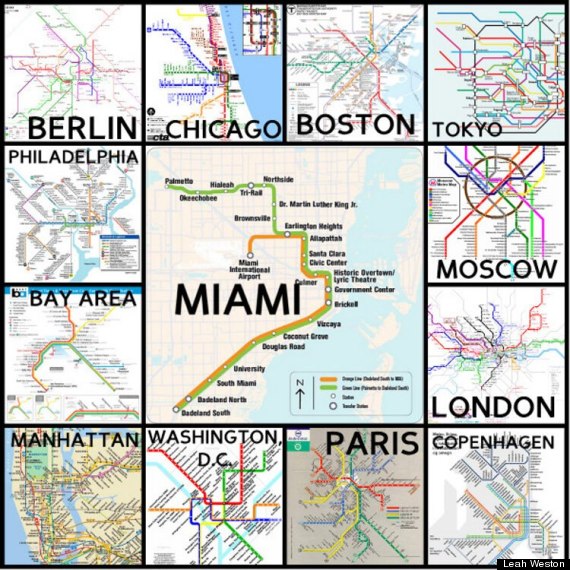 Those in attendance at this weekend's Purple Line penned their own hopes and dreams for an improved Miami transit system. Click below to read the writing on the wall.