There's a new app that gives you exactly what you've always wanted: quick and easy access to pizza.

Five 19-year-old boys from Brooklyn, with help from a responsible adult, have made it easier than ever to score some sweet sweet 'za. Their app, Push For Pizza, makes said 'za available with a single tap.

The founders call it "Uber for pizza," and TechCrunch has called it "Yo for food delivery." We spoke to one of the founders, Max Hellerstein, who told us that he liked the comparison to Yo. If you don't remember, Yo is an app with one and only function: sending a message to your friends that says "yo."

"We support Yo," Hellerstein told The Huffington Post. "We think Yo's a great thing."

Yo didn't even exist in December, when the Push For Pizza team first conceived of their idea. They made a promo video in March and launched the app earlier this summer. The video, which is adorable and can be seen below, appeared on YouTube Tuesday, informing the world that Push For Pizza is now a thing.

Obviously, I had to try it out. For... journalism.

Here's how it works. First, you download the free app. 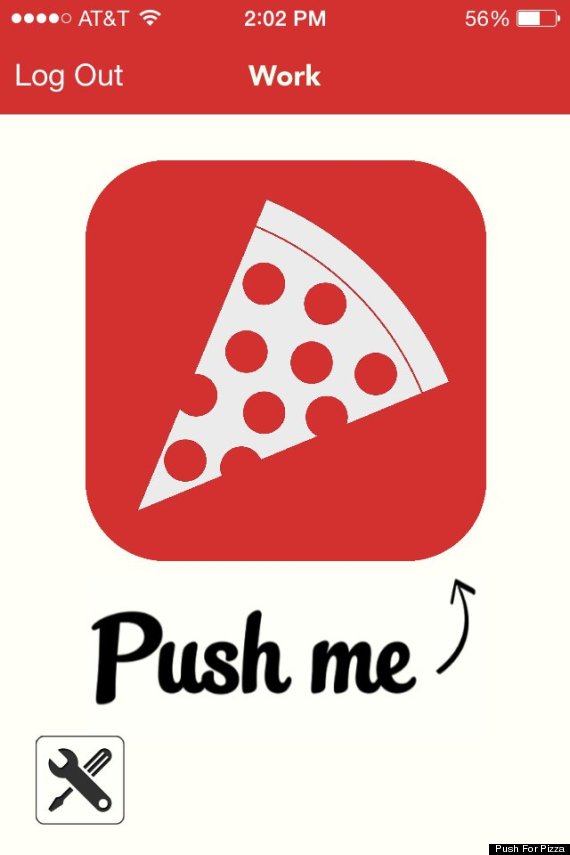 Next, you type in your credit card information and your address. You'll only have to do this the first time you order. Then a list pops up showing a selection of nearby pizza spots, and you choose your favorite. You won't see any big chains on the list. If you're lazy, you can press a button to let the app choose the cheapest pizza around, or allow it to pick a place at random. 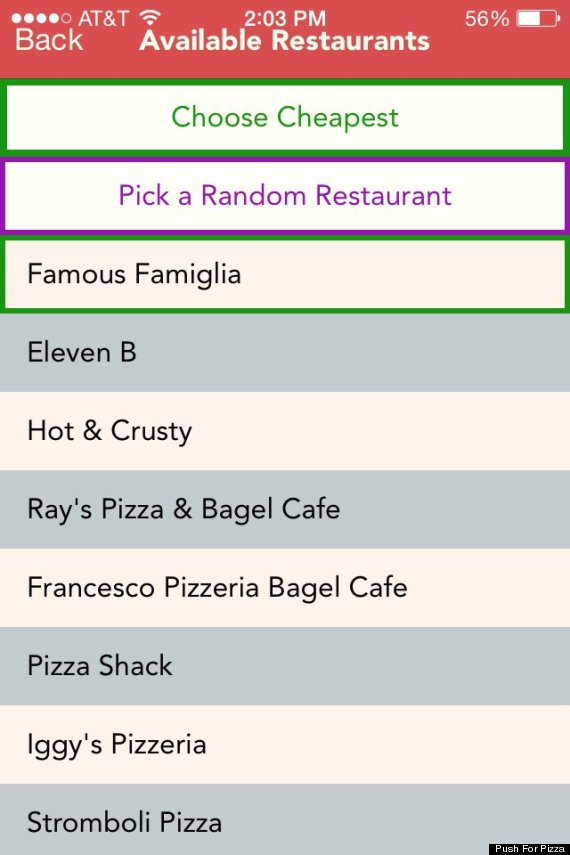 You only have two options: cheese and pepperoni. No guesswork. No decision-making. 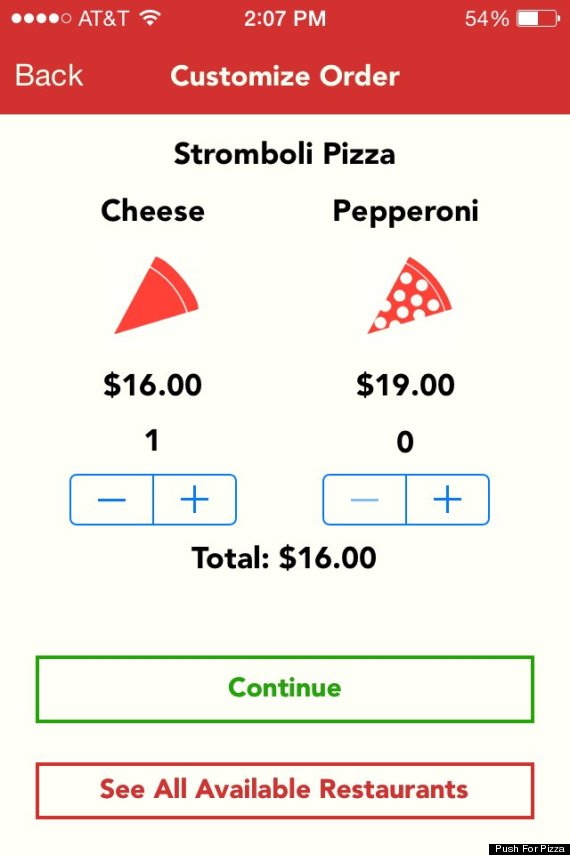 You can add the tip to the order, and then you just press "Bring Me Pizza!" 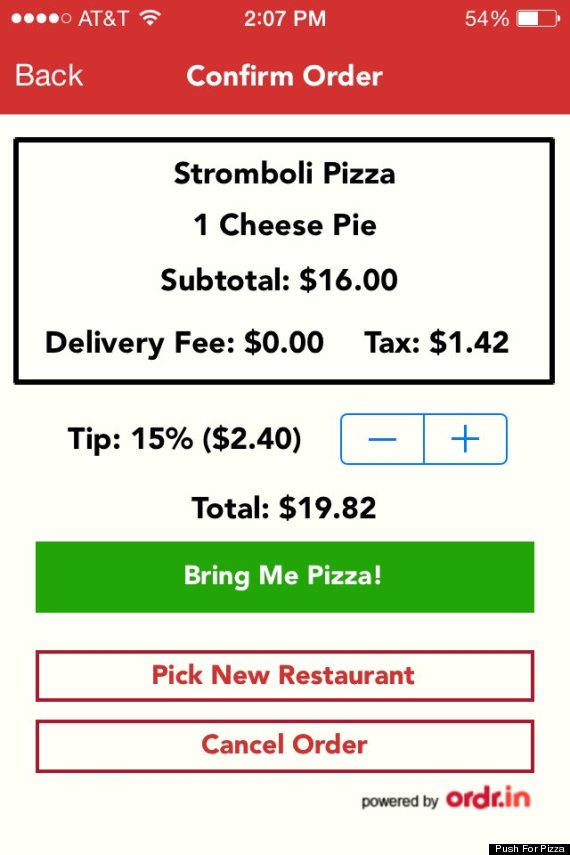 I used the app. I got a pizza. It was all very simple. And very delicious. 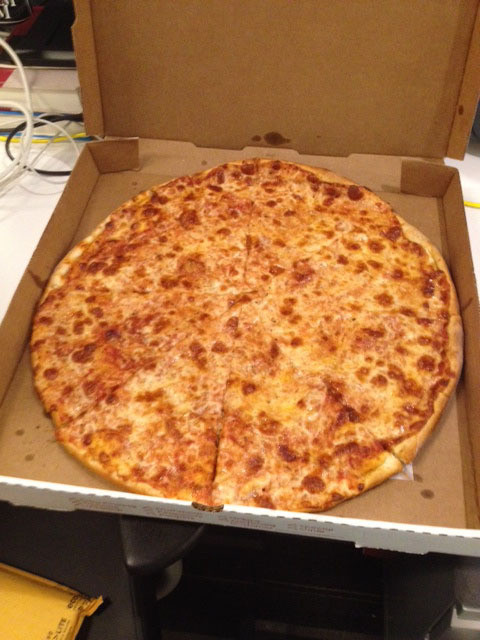 The team is working on adding more pizza joints to the list and asks that you not panic if your favorite place isn't available yet. Wondering if these baby geniuses will become baby millionaires? The verdict is still out. The founders get a small percentage of every pizza sale made through the app, and Hellerstein told Valleywag's Sam Biddle that they might be willing to part with the app for a cool $1 million.

So what's next? Once the pizza market has been conquered, Hellerstein says he envisions the app opening up to other foods.