Fall in Pushkar, the Indian pilgrimage town, is busy season. In October comes the Camel Fair, an annual event that draws thousands of tourists intrigued by the sights -- the unending herds of camels and livestock for sale, the world’s-longest-mustache contest, the dark-eyed pilgrims, so unlike beggars anywhere else in the world. 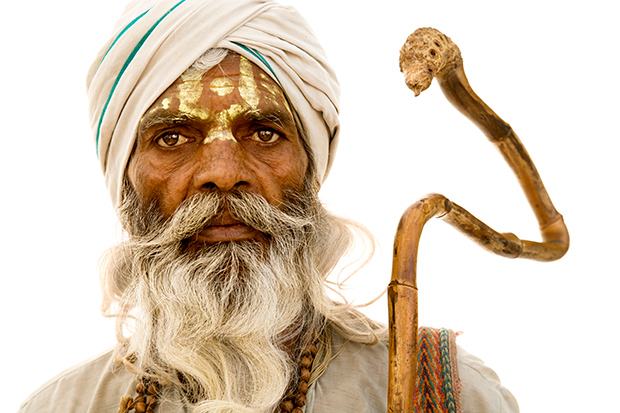 Photographer Brian Hodges turned his lens exclusively on the latter for a series of portraits shot during the 2007 fair. Rather than focusing on the obvious attractions, he examined the physiognomy of Pushkar’s many sadhus, or holy men. 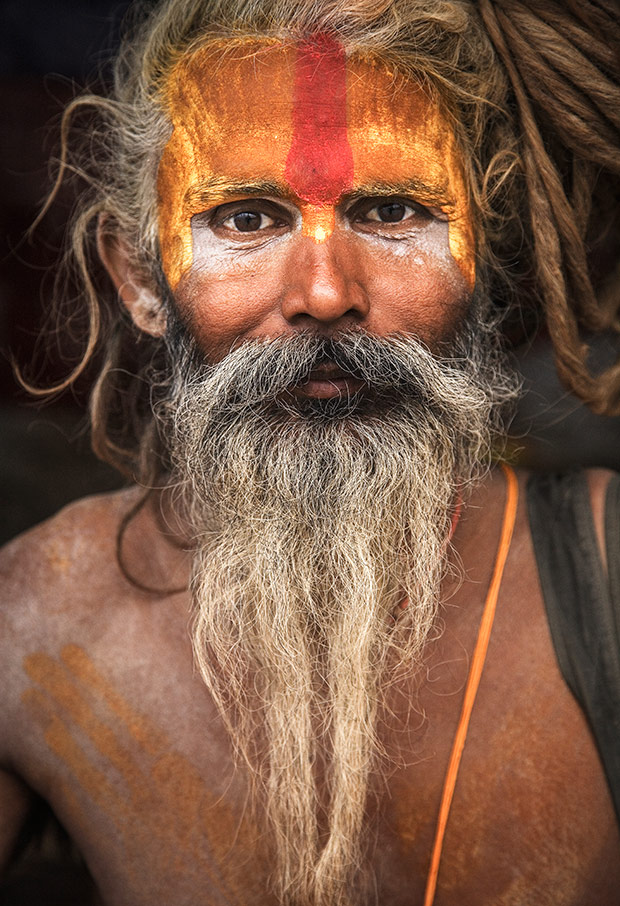 Traveling through the desert town on vacation with his wife, Hodges noticed the faces. “In California we get all sorts of people who make up their faces and their bodies and are anything but real,” Hodges told HuffPost, speaking from his home in Los Angeles. “This was a reminder of what happens to peoples’ faces when they’re not all modified.” 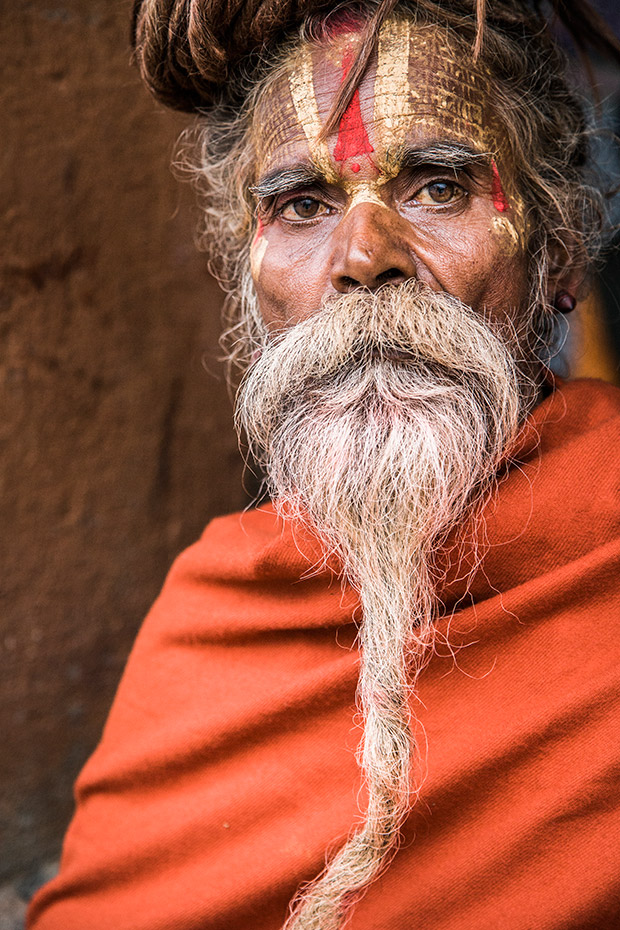 Fittingly, Hodges’ setup was as natural as they come. For four out of the festival’s five days, he shot in a makeshift studio built from a white tarp, bamboo poles and string, all of which he bought locally. The idea for the shoot had come to him in the moment, and he wasn’t prepared. All he had on him in the way of equipment was his camera. 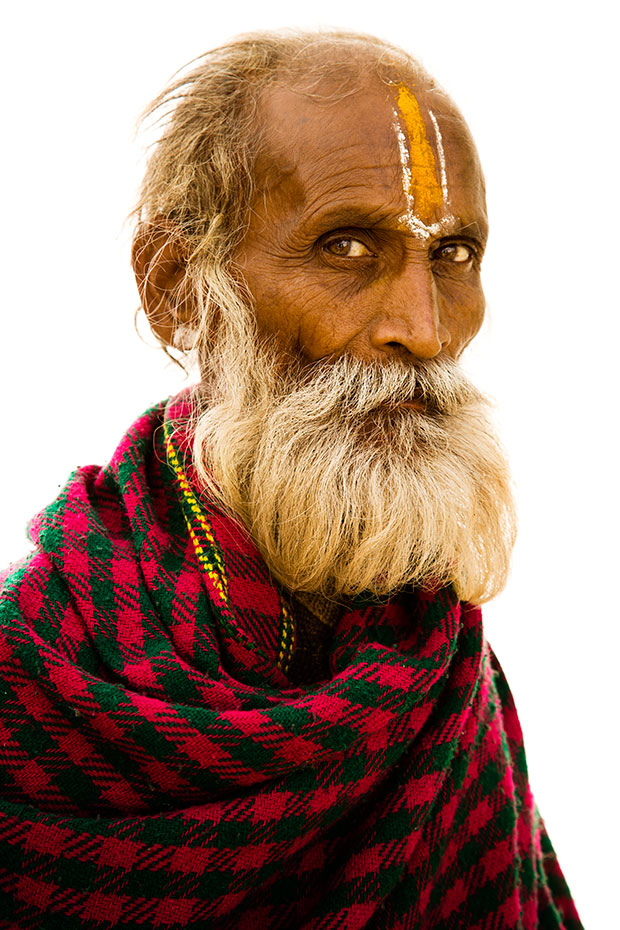 “I basically used natural light,” he says. “I reoriented my studio based on the time of day.” 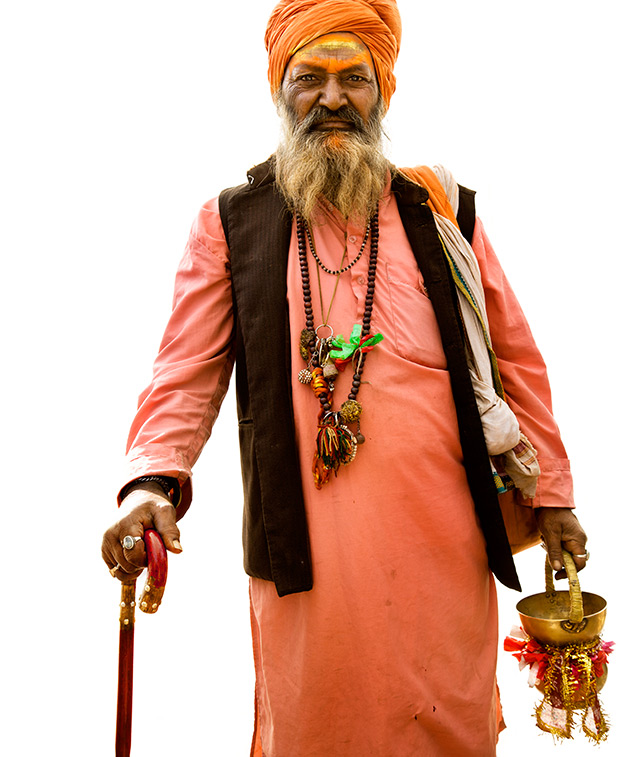 Hodges paid a local boy to help recruit subjects, all of whom were the mendicants who wander Pushkar asking for alms. The traditional dress of a sadhu tends to mimic the colors of fire, a purifying force: orange, yellow, red. Aside from his subjects’ faces, Hodges was drawn to the beauty of their clothing, which emanated an effortless sense of style. 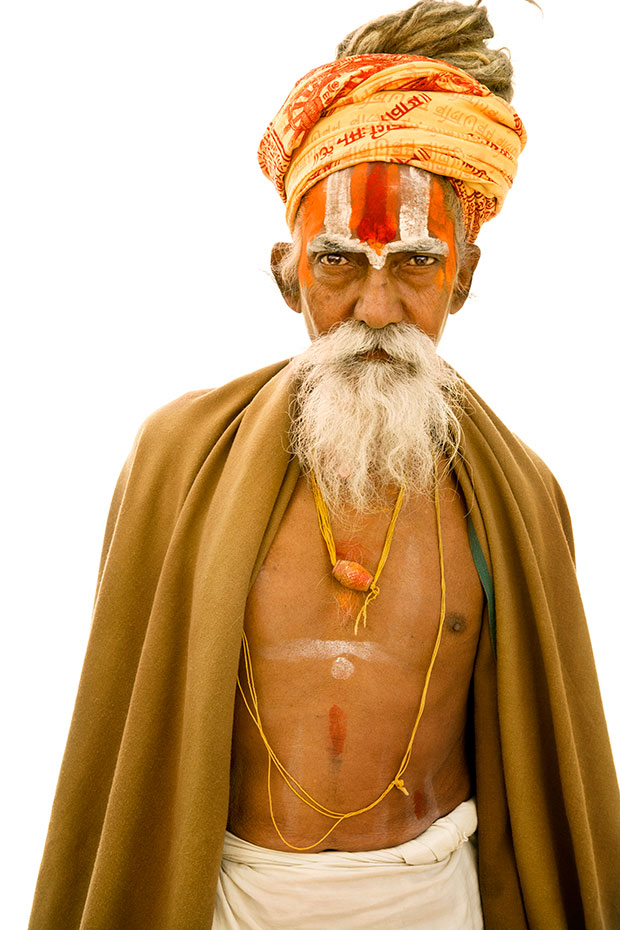 “In a strange way,” Hodges says, the studio, which he set up in the “middle of the main thoroughfare...became part of the festival." People lined up to see what was going on, curious and "amused," he adds. It was an island in a stream of chaos -- Hodges’ purpose was to “isolate” his subjects from the “mayhem in the background.” Otherwise, “I didn’t feel I could adequately capture them.” 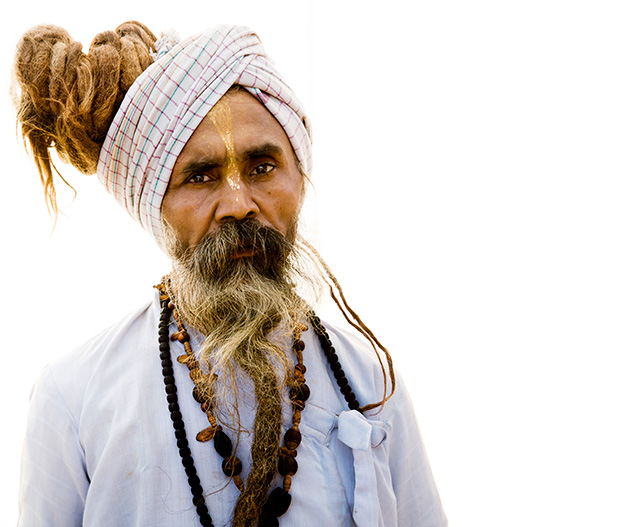