On February 21, 2012, Russian feminist punk collective Pussy Riot staged a performance in the Cathedral of Christ the Savior in Moscow. Maria Alyokhina, Nadezhda Tolokonnikova, and Yekaterina Samutsevich, were subsequently arrested and sentenced to two years in prison.

Here are three previously unpublished poems by Maria Alyokhina, aka Masha, plus the lyrics of Pussy Riot song "Death to Prison, Freedom to Protest" and a letter of support by Yoko Ono, taken from the ebook Pussy Riot! A Punk Prayer For Freedom (Feminist Press, $2.99, published October 1st).

Oh, what are we?
Fear is what follows in conclusion.
And what does it make us?
After we’d smashed into drops, into walls
Whose eyes found us?
Just yours, good God, yours alone.
Guide my hand
When I throw a fistful of words
and I betray you right away
Wait for me. On the seashore
On the quay
I will escape them
I will run away

In Light of Current Events

Bad things aren’t scary to do; everyone does them.
It’s not hard to hide in a crowd, no one will notice.
One piece of trash more, one piece less.
What’s there to be said—it’s the times we live in, they’re like that.
We got unlucky. But, no.
You cannot be afraid or ashamed to do good.
You cannot.
There’s so frighteningly little of that around these days.
Cynicism’s in fashion.
Ironic smiles and dull melancholy.
Know this: if you don’t do it, possibly, no one will.
A lot of them just don’t have the time to look at what they’re doing, let alone the time to take stock.
They have time to look at others, they have time to assign blame.
If you choose to do good, if you choose to help come what may, know this: you have lost.
You have most certainly lost.
But this doesn’t mean that you mustn’t do it.
It is important to remember who we are.
It is important to know that your conscience is what matters.
It is important to follow your conscience.
It is important not so much to change things, but to know that you are changing them.

In Snows Over Bridges

I change into things:
I hang like a convict
I’m dining with kings.
My broken-down carriage
Careens down your street
And under the snow
I’ll lie down for a bit.
I’m dining with freaks,
I change as I go,
I stand like a king
Under bridges in snow.
When my child sleeps, the night,
Time altogether, seems to stop, and turn to water,
Into a sea that unites all with all; even, possibly,
Me with you.
And the greatest treasure would be safe in it,
Afloat on a simple raft. I’ll attach every tree to a place
Where people will find it, recognize it and remember.
They say that home is where you are always missed.
When I hear things like this
I feel like twisting the speaker’s neck
Into a tight tourniquet, and then, steadily,
Making him look
At the rocking of the baby’s cradle.
Then I want to take his hand and say: see
How the lilac’s blooming, can you feel the scent?
Not a thing will be left of us, but this will go on.
Will go on.

Death to Prison, Freedom to Protest by Pussy Riot

Thank you. You are right. You have won!
You have won for all of us, the women of the world.
The power of your every word is now growing in us.
From here on, please take good care of yourself, as much as you are allowed to.
Each one of us is very much needed now.
Let’s cleanse ourselves for the next battle, and heal the world with the power of truth.
War Is Over! (If You Want It.) 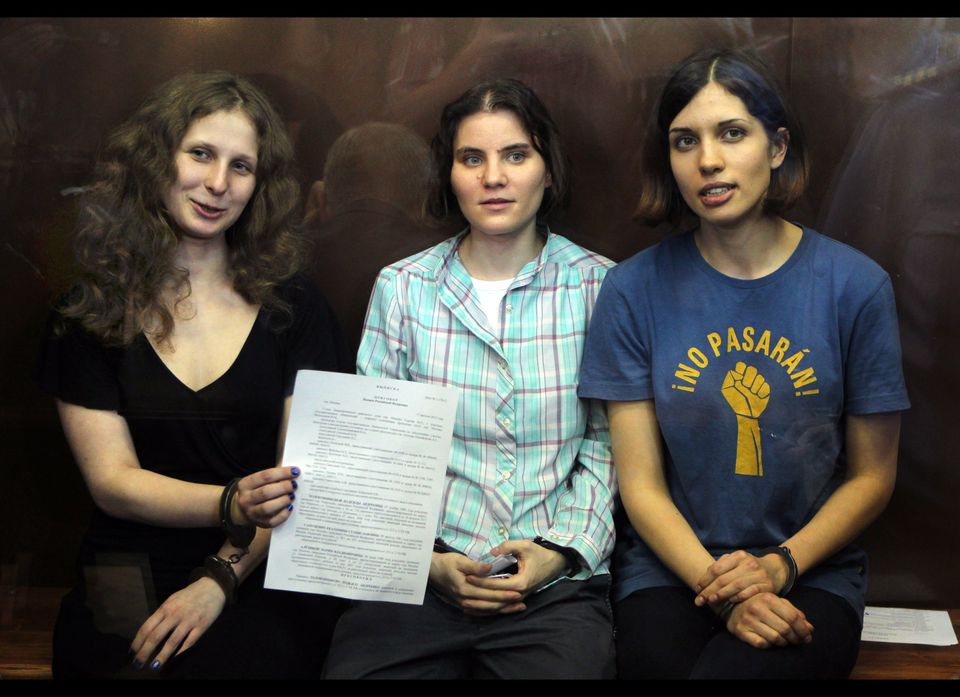