MOSCOW (AP) — Supporters of a female Russian punk band have picketed police headquarters in Moscow to protest the group's jailing for trying to mount an impromptu concert inside the city's main cathedral.

Handfuls of people took turns braving below-freezing temperatures outside the building Thursday and held up signs calling for the group's release.

Pussy Riot gained notoriety in January for performing a song addressed to Putin from a spot on Red Square. Videos of the performance became an instant Internet hit. 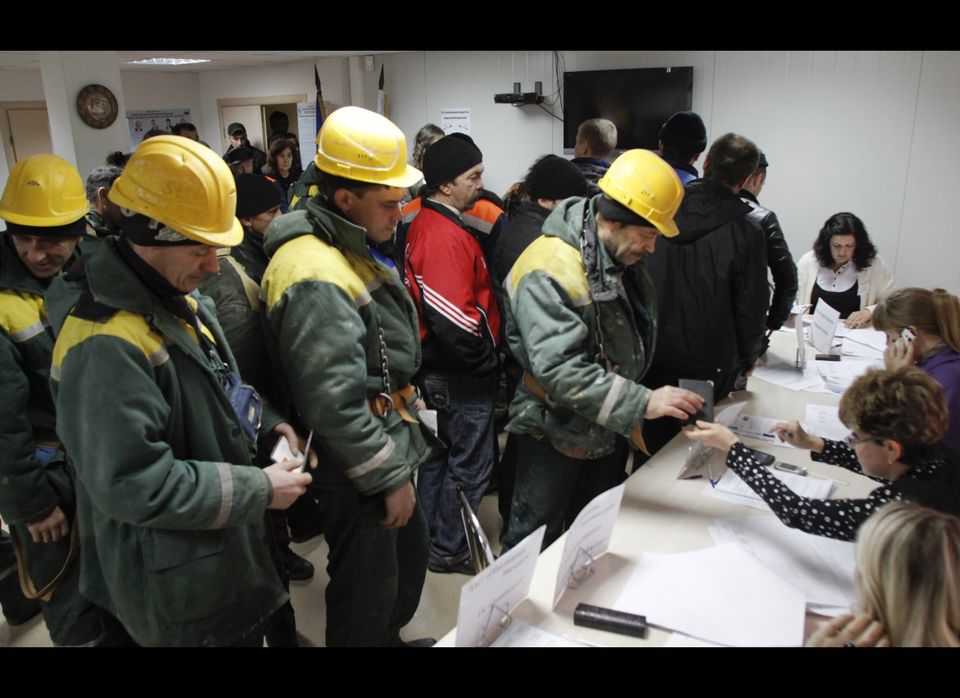 1 / 7
VOTING OUTSIDE DESIGNATED POLLING STATIONS
According to Golos, many voters cast their ballots either right at their state-run enterprises or under their bosses' watchful eyes, while others were bused to polling stations where they were not on voter rolls and where there was little oversight over voting. (AP Photo/Igor Yakunin)
AP