MOSCOW, Aug 17 (Reuters) - The Russian Orthodox Church urged the state to show mercy to three women from the rock group Pussy Riot jailed on Friday over a protest against President Vladimir Putin in a church, raising the possibility that it could back a pardon or a reduction of their terms.

The church reiterated its criticism of the women from the punk collective, saying their protest in Moscow's Christ the Saviour cathedral was "blasphemy" and displayed "crude hostility towards millions of people".

But it added in a statement: "Without subjecting the rightfulness of the court's decision to any doubt, we call on the state authorities to show mercy to the people convicted within the framework of the law, in the hope that they will refrain from repeating blasphemous actions."

The remarks indicated the Church would not object if Putin pardoned the three women or if their two-year sentences were reduced though other legal means.

However, the women would likely have to request a pardon to be considered and might be required to admit guilt, which they have said they would not do.

Nadezhda Tolokonnikova, 22, Marina Alyokhina, 24, and Yekaterina Samutsevich, 30, were convicted of hooliganism motivated by religious hatred for the February protest, which they said was against Putin's close ties to the church.

Kremlin opponents and Western governments have criticised the trial and called the sentences disproportionate.

The church leadership cast the performance as part of an attack on the faithful and on Russian values in general.

The church statement said that "in our society, inciting enmity and hatred on religious and ethnic grounds always carries a threat of destructive shocks" and urged people who were offended not to seek "revenge". 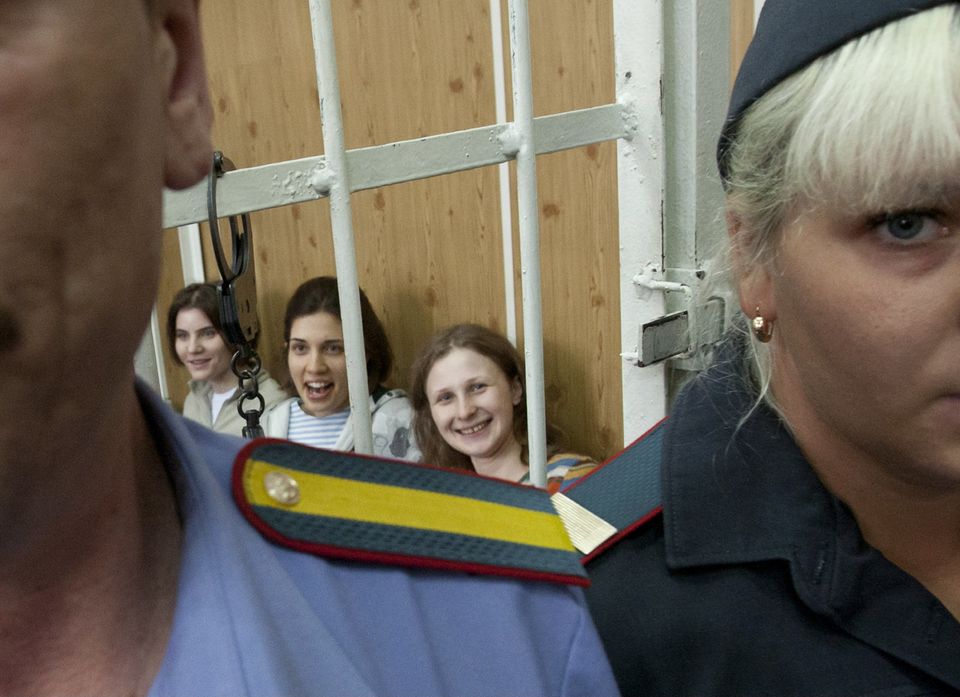