A few years ago, a controversial book entitled Battle Hymn of the Tiger Mother captured considerable media and public attention because it seemed to argue that overly-strict discipline borrowed from Chinese parenting philosophy was superior to the allegedly more casual Western parenting style.

The book was actually less controversial -- and far less interesting -- than media coverage made it seem, and the author, Harvard-educated Yale law professor Amy Chua, was actually less of a witch than she was made to appear.

What bothered me more than her apparent belief that depriving her daughters of play dates and threatening to give away their favorite toys if they didn't master their piano lessons was sound parenting was that her parenting philosophy seemed to be a social experiment to her and her husband, fellow Yale Law professor Jed Rubenfeld. 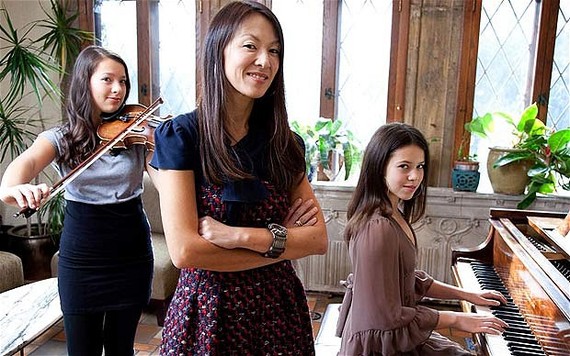 (The "happy ending" to Chua's story seemed to be that after all this strict discipline, her older daughter got into Harvard. Hmmm. That may have been about discipline or it may -- just may -- have been about having parents who taught at Yale and had degrees from Harvard and Princeton. Discipline, I suspect, had close to zero to do with her college admission.)

I was, and am, a Pussycat Father, the polar opposite of Chua's Tiger Mother. This was not a philosophy I put into practice when I became a parent, it was simply a reflection of my conviction that from the moment we have children, it ceases to be about us and is about them -- our kids.

Some of my easygoing style of how I raised my children had to do with them dealing with a lengthy and awful divorce and custody battle. But most of it had to do with the fact that I felt from the beginning -- even before they were born -- that having children is the most wonderful experience life can offer, and in my view, at least, that meant praising my kids at every turn, telling them I loved them as often as possible, being there for them no matter what else called away my attention.

My way may be good, may be not so good. But what I know with certainty is that my kids never had to doubt where I stood in relation to their importance in my life or how I felt about them.

Allison Pearson, the British author of I Don't Know How She Does It, and other works, asked this about the Tiger Mother approach:

"Amy Chua's philosophy of child-rearing may be harsh and not for the fainthearted, but ask yourself this: is it really more cruel than the laissez-faire indifference and babysitting-by-TV which too often passes for parenting these days?"

Um, Allison? Yes, it is more cruel. Parenting is not an experiment in putting a philosophy into practice and seeing how it works. It isn't a Skinner Box where we try out our theories about behavior.

At one extreme, we have people defending Minnesota Vikings running back Adrian Peterson's beating his four year old with a "switch" as acceptable behavior and may just be a cultural issue not all of us understand. 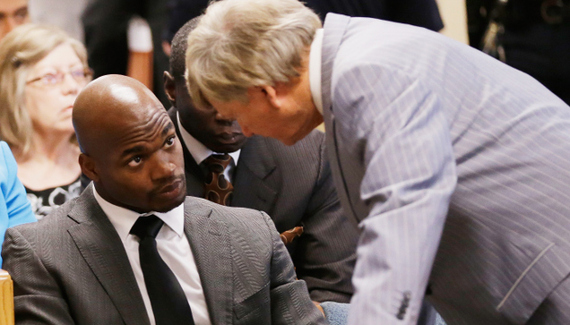 Are you freaking kidding me? Beating your young child -- or any age child -- is just a cultural issue? What, exactly, did Adrian Peterson think he was "teaching" his four year old by beating him?

Less extreme are countless examples of people becoming furious with their children in public (and one can only assume it's worse in private) simply because mom or dad is stressed and after all, there's only so much stress from our kids we can take before we boil over.

Again: are you freaking kidding me?

I'm sick of angry, mean parents. I'm sick of mom or dad (and believe me, it's often mom) screaming at the three-year old at the store, making fun of a child, swatting a backside because after all, parenting is stressful. You know what? Don't have kids if you are going to treat them that way.

You're thinking, beating your child, or even yelling at your child, is a long way from being an overly strict Tiger Mother. Maybe. Maybe not. Those behaviors all stem from a somewhat similar belief -- "I'm the parent and this young human being is my property to be experimented upon." Yes, beating a child is worse than threatening to throw out your child's favorite toy, but emotional cruelty is terribly damaging and in the long-term, maybe worse because it undermines the most important thing a child needs -- knowing that those who are responsible for your well-being are unconditionally on your side and won't humiliate you.

My kids may have benefitted from my parenting style. They may not have. That's certainly not for me to say. I love them dearly, and through all the twists and turns, they love me (I'm pretty sure...)

They are productive, caring people, in healthy relationships. They haven't followed traditional paths, which is fine with me (they both went to fine colleges and despite not being disciplined to the point of exhaustion like Tiger Mother's kids, one was an Ivy Leaguer for whatever that may be worth).

I have no patience for parents who beat their kids or yell at their kids or threaten their kids. That teaches nothing. Parenting isn't an experiment. We choose how we behave as parents. How our children are 20, 30, 40 years later depends very heavily on what we do in those first years.

I chose to be a Pussycat Father. And now a pussycat grandfather. I'm fine with that decision. 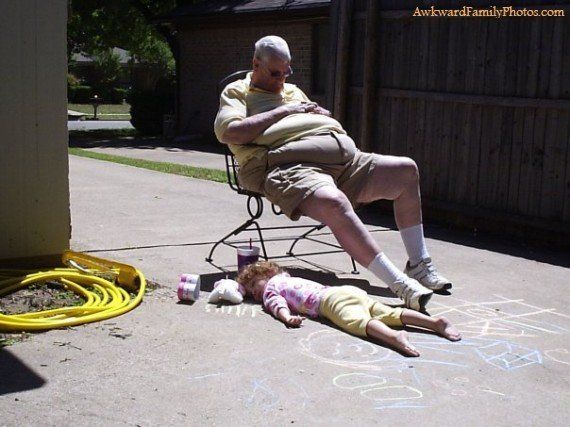