I tripped and had a bad fall at the end of May.

Sadly, I was given a wrong diagnosis by an emergency room doctor. The x-ray showed no break so she sent me home with Advil and told me to rest, I'd be fine.

After weeks with no improvement, I saw my primary care who suspected something more serious and sent me for an MRI and bone density test.

She was right. The tests showed my bone density was fine but I had cracked my femur in two spots and torn my cartilage. She referred me to one of Stanford Hospitals leading Orthopedic Surgeons who specializes in hips. I got a call from his nurse saying he refused to see or treat me because I was over 50! I was floored. Who the hell else usually falls and cracks a hip? 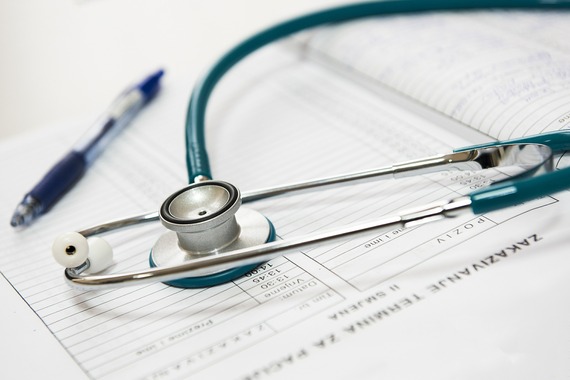 He passed me off to a different Stanford Orthopedist who was inattentive, unconcerned and disinterested. Both times I saw him, he waltzed into the exam room, student in tow and stood the entire time I was there. He made me feel like I was wasting his time. He rushed in and rushed out. He said the cracks would heal. Do physical therapy and take more Advil. I'd be fine. His parting advice was to never run, jump or hop again. Ever.

Weeks later with zero improvement I started demanding attention and answers to questions he didn't want to discuss. He finally told me to find another doctor. Thanks for that advice doctor. I took it and left.

Last month I found an Orthopedic Surgeon who actually cares. Rather than standing in the examining room, he sat across from me and looked in my eyes as I spoke. He studied all my past test results. Then ordered some new ones to see how the break was healing. When he told me he was going to be brutally honest, I thanked him, because I'd been getting the runaround for six months.

His tests showed that when I fell, I flattened the cartilage in my hip. Crushed it. Cartilage doesn't just puff back up. Once it's gone, it's gone. I am virtually bone on bone and need a hip replacement. All that physical therapy they had me doing was causing more pain and doing me no good.

My new doctor gave me a Cortisone shot to see how long we can control the pain. He's stunned that during this whole process, no other doctor gave me one.

It doesn't matter that I'm 59. This would have been the result if I'd had this fall at any age. What matters is that I had to fight to get the care I deserved, because I'm 59. Too many doctors didn't care, because of my age.

The dismissive Orthopedic Surgeon appeared to be in his 50s? My new one is young, sharp as a tack and caring. I joked with him that I'm now more confident with doctors who look like Doogie Howser than Marcus Welby M.D. I'm not sure he knew who Marcus Welby was. But he recognized the name, Doogie Howser.

The moral here is be your own medical advocate. Demand answers. Insist you are taken seriously. Keep getting opinions until you find a doctor you feel totally confident in and that has your best interests at heart.

Don't accept being put behind the medical 8-ball, just because of your age.

Are We Put Behind The Medical 8-Ball After 50?
11 Easy Ways To Shorten Your Life