By Jill K. Robinson for ShermansTravel 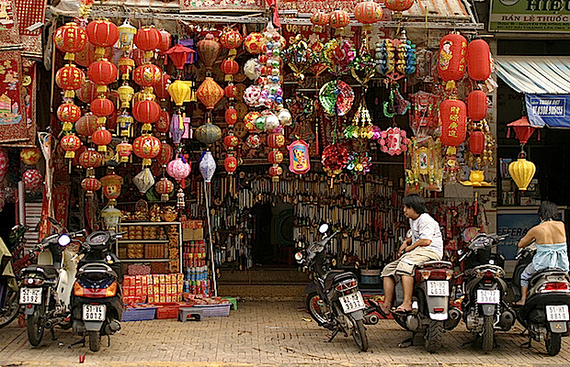 Sometimes, when you travel, a magical thing happens. You've put your guidebook away and just followed your nose, eyes or feet through a city. Oftentimes it's the best way to find the real heart of a place and get an experience that the average tourist would not. (Pro tip for wanderers: Before heading out, bring the number of a local cab service.) Here are some of our all-time favorite spots in which to get lost...

Like many cities, Istanbul can seem overwhelming, but within a few blocks of the major tourist attractions you can discover a world of local shops, eateries, bars, shish cafes and pomegranate juice vendors. And with the call to prayer soaring from the city's mosques, and all of the street sounds, you'll have a soundtrack to accompany you. It's easy to spend a full day roaming around even one of Istanbul's neighborhoods, from Uskudar and Kadikoy on the Asian side of the Bosphorus, to Beyoglu or Sultanahmet on the European side. Don't forget to duck into the Grand Bazaar. Even if you're not a shopper, you'll find plenty of reasons to spend your time there and it's extremely easy to get lost -- in a good way.

With romantic canals and hidden alleys, it's almost required that you get lost in Venice -- and you might end up lost without even trying. Want to lose the tourist crowds? Hightail it to Cannaregio, where you can get a glimpse of everyday Venetian life and pretend, for just a moment, that you live there. One of the best times to wander in Venice is at night, when restaurants are shut and the gondoliers have gone home. Don't worry, there are still plenty of bars where you can rest your feet. The canals and dark corners take on a special charm in the moonlight, when the sound of water echoes in the quiet byways.

Vietnam is a quickly changing country, and in few places is this more evident than Ho Chi Minh City. The traffic alone, full of motorcycles and scooters, will set you back on your heels. But don't let that stop you from discovering this interesting city, which is laid out on a relative grid spiraling out from District 1 (also known as Saigon), somewhat akin to Paris -- but without numerical order. Focus on a district, or dial the experience up a notch and hire a motortaxi driver for a few hours. Come up with a list of places you want to go, think of how long you'd like to be gone, negotiate with the driver on his price (start with about half of his quote) and when you've agreed, don the spare helmet and hang on. It's the best way to see the city.

San Francisco is a city of neighborhoods, and some of them would give your Stairmaster workout a run for its money. Popular neighborhoods such as North Beach, Chinatown, Mission District and the Castro all have plenty of treasures beyond the top tour stops, and one of the best ways to find them is by walking around. Find the best Italian pastries on Columbus Avenue (requiring numerous taste tests), the tucked-away temples in Chinatown, murals and diverse cultural cuisines in the Mission and the world's largest and best-known gay community. Transportation options between neighborhoods range from cabs to buses, historic streetcars, Muni Metro light rail and the famed cable cars.

The old city center of Bruges -- a UNESCO World Heritage Site --is surrounded by an almost continuous ring of canals. Petite houses line the cobblestone streets, shops burst with chocolates and sweets and there's always an option to sample delicious Belgian beer in the bars. The city isn't so large that you'll get really lost, so tuck your map into your pocket and find your way. Before you know it, you'll come to a bridge, and crossing it, you'll find a square on the other side. Some are hidden down ancient side streets; others are impossible to ignore. Small details mean a lot here. Slow down and let your eye scan over walls, doors, rooftops and windows as you pass. And when you've found the perfect bar among the tangled streets, you can treat yourself to that beer.